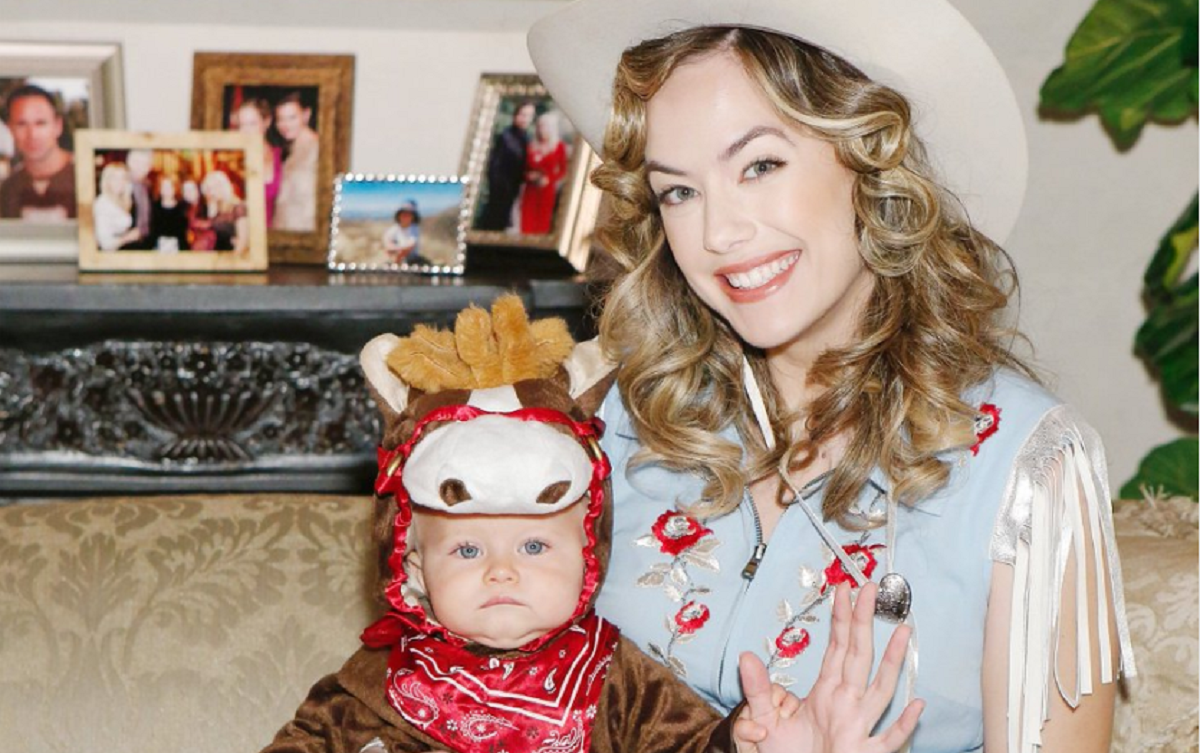 The Bold and the Beautiful spoilers for Thursday, October 31, tease that Hope Logan (Annika Noelle) will have a sneaky plan in place for Halloween night. As B&B viewers know, she will be attending the Halloween soiree to be given by Eric Forrester (John McCook) and Quinn Forrester (Rena Sofer) at the Forrester estate.

Hope agreed to attend the party at the request of Douglas Forrester (Henry Joseph Samiri), and she’s got an ulterior motive for doing so – she wants to work on Thomas Forrester (Matthew Atkinson) in the hopes of eventually getting him to agree to let her adopt Douglas. Hope recently learned that she could adopt Douglas and that both she and Thomas would be Douglas’ legal guardians under California law.

As B&B viewers know, what Hope really wants is to have sole and full custody of Douglas, but she’s realized that in order to do that she’ll have to first get joint custody. As she explained to Brooke Forrester (Katherine Kelly Lang), that would give her a means of later petitioning the court for sole custody of Douglas. It’s a long-range plan, but one that she hopes will work.

Bold And The Beautiful Spoilers – Hope Logan Has An Ulterior Motive

So, Hope will attend the costume party, and she’ll plan on being super nice to Thomas. According to B&B spoilers, she’ll even go so far as to give Thomas the idea that there may be a future for the two of them with Douglas. That will apparently prompt a snide remark from Shauna Fulton (Denise Richards) who will also be attending the party.

Meanwhile, on Thursday’s new episode of B&B, Liam Spencer (Scott Clifton) and Steffy Forrester (Jacqueline MacInnes Wood) will spend some quality time together on Halloween night. According to B&B spoilers, Liam will take Beth Spencer (River Davidson and Madeline Valdez) to Steffy’s house for the evening, as Hope will be busy at the Forrester Halloween party.

Liam, Steffy, Beth, and Kelly Spencer (Zoe Pennington) will have a fun-filled evening together as the girls play and enjoy their time bonding as sisters. Liam and Steffy will bond as well, and they’ll remark on how wonderful it is that they’re able to be together and enjoy being with the girls as a family. It also looks like they’ll be feeling pretty grateful for the bond that they share together and for the blessings of their family.

Bold And The Beautiful Spoilers – Steffy Forrester Expresses Her Gratitude

Steffy will probably be grateful to Liam that she’s able to be with Beth on her very first Halloween – after all, for several weeks she didn’t see Beth at all. Steffy will likely express her gratitude to Liam for being able to spend the evening with both girls, and she’ll probably feel a little bittersweet about the whole thing since at one point she thought that Beth was hers.

‘The Bold and the Beautiful’ Spoilers: Brooke Done With Bridge – Unable To Tolerate Ridge’s Terrible Decisions

The Bold and the Beautiful spoilers say that we’ll see some nice “Steam” moments on Thursday’s episode, as Liam and Steffy revel in their forever bond and talk about the wonderful things that they share.