Young And The Restless Spoilers: Mishael Morgan Opens Up About Her Return To Y&R 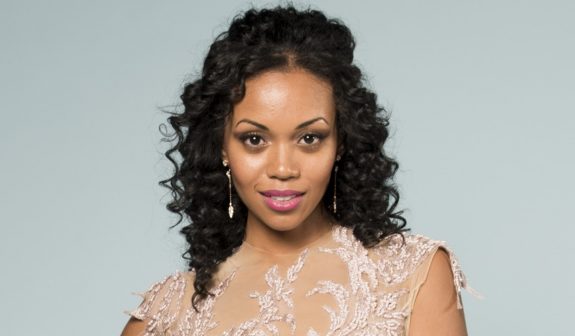 Viewers know that Mishael Morgan has returned to “The Young and the Restless,” not as Hilary Curtis Hamilton, but as Amanda Sinclair. Morgan and the show have kept a tight lid about the mysterious lawyer’s backstory. But she did open up about her return to the show in an interview with Michael Fairman.

After leaving “The Young and the Restless,” Morgan appeared as her character’s ghost. After that, the show’s head writers found a way to bring Morgan back. The actress revealed that she was hesitant at first when the show asked her to do the whole Hilary “ghost thing” because she liked how Hilary’s story ended. But she accepted it eventually.

Young And The Restless Spoilers: Morgan Receives Offer To Come Back As New Character

After seven episodes, Morgan was asked if she wanted to come back as a different character. She was intrigued by the offer. The idea that she’d play a new character who’s a lawyer, got her hooked. She revealed that she always wanted to be a lawyer, an international human rights lawyer. It’s something different from Amanda’s specialization, which is estates and trusts.

Y&R Spoilers: Morgan’s Dream To Be A Lawyer

Viewers may recall that she arrived in town to dispute Katherine Chancellor’s (Jeanne Cooper) will and Devon Hamilton’s (Bryton James) inheritance. But what they don’t know is why and at whose orders?

The actress revealed that she’s gotten hints about where her storyline is going. However, she also admitted that she still doesn’t have any idea about Hilary’s backstory. She said that she’s still trying to figure out her character. She added that Amanda and Hilary share similar traits like being strong and driven. However, she’s not sure if Amanda also has Hilary’s malicious and unscrupulous side.

Morgan said she has an inkling that Amanda may be Hilary’s twin. There’s a possibility that they’re family, given the fact that they actually look alike. Amanda decided to stay because she wanted to know more about this person who looks like her and what they’re connection is.

When asked if there is an attraction between Devon and Amanda, she simply said, “possibly.” He got attracted to someone who looked like her so it’s possible that he’ll fall for her, too.