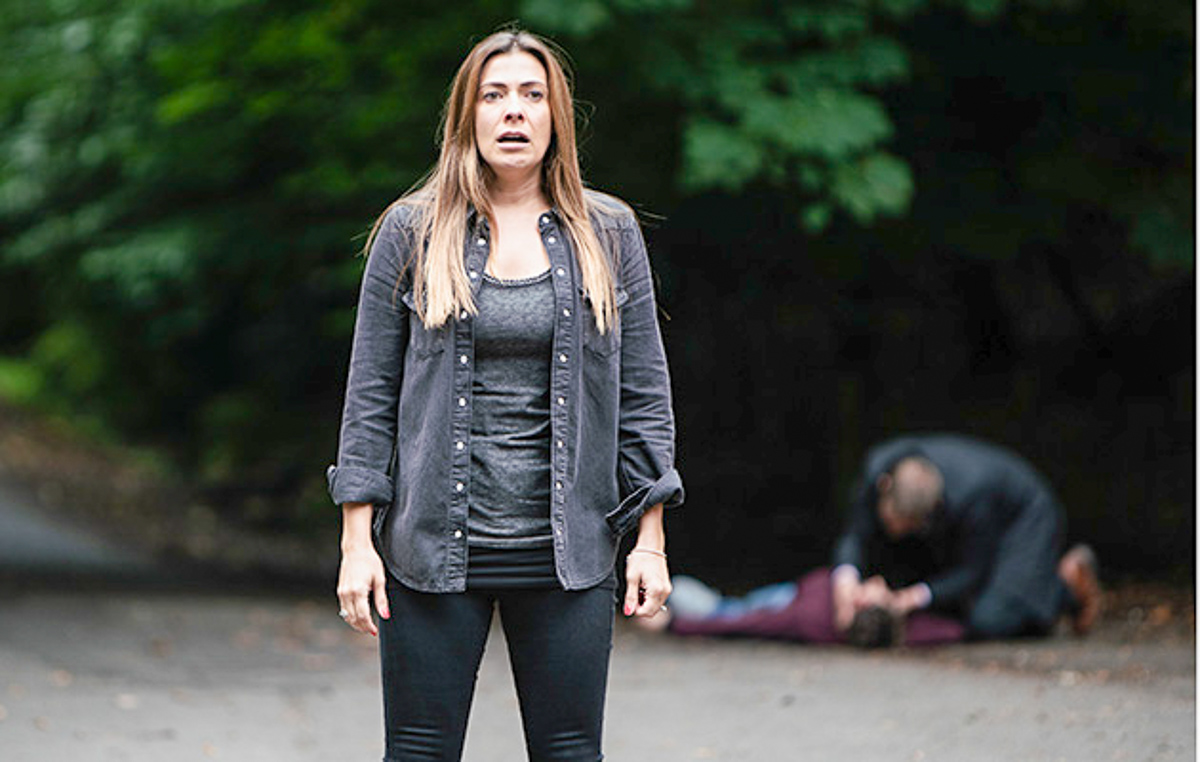 Say it isn’t so! It appears as though there might be just as much behind-the-scenes drama as there is in front of the cameras these days over at the Coronation Street studios. That’s because there’s a new report that suggests actress Kym Marsh (Michelle Connor) has supposedly fallen out with her co-star Alison King (Carla Connor) over her departure from the show. Here’s what you need to know.

According to Britain’s Mirror, Kym has admitted that her co-star and friend Carla was left in tears after she found out that Kym had decided to move on and leave the cobbles. The two actresses have been great best friends off-screen for many years and had even shared a dressing room together. However, all of that is about to change now that Kym has decided to start a new chapter in her life and in her career.

Speaking about Alison’s reaction, Kym said, “She’s kind of fallen out with me about it. She keeps having a little cry. She’s going to miss me and I’m going to miss her incredibly.”

Kym has also said that she is having mixed feelings about her departure, adding, that she feels a “bit weird. I’m going to be very emotional on my last day, that’s for sure.”

With that being said, there’s always a chance that Kym might come back to reprise her role on the hit ITV series, seeing how her character is not being killed off. In other words, Coronation Street producers will make it easy for Kim to come back as Michelle while also leaving the door wide opened for her.

So far Carla herself has not made any comments about Kym’s departure, although it’s without a doubt that she is definitely going to miss working and seeing her on a daily basis. Of course, it’s without a doubt that these two ladies will definitely be keeping in touch and will keep their friendship going, even though Michelle will most likely be busy with other projects.