Days of Our Lives Spoilers: Eve Determined To Break Up Jack And Jennifer With Evil New Plan 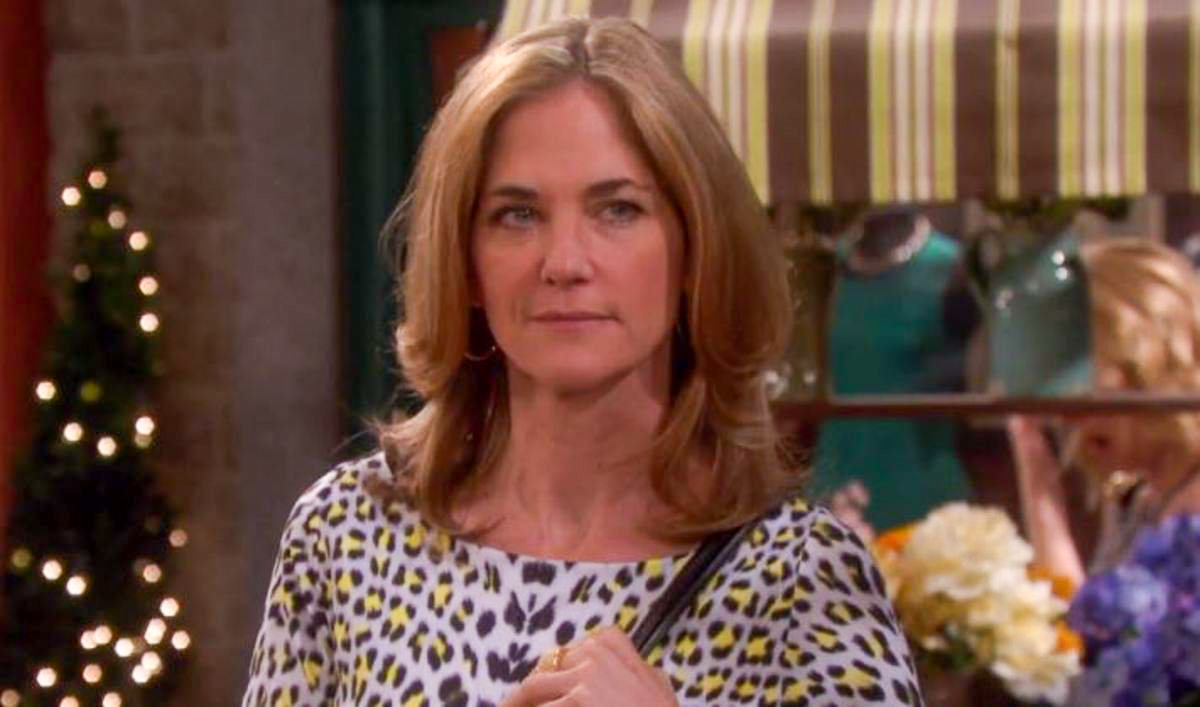 Days of Our Lives Spoilers – What Will Eve Donovan Come Up With This Time?

What could Eve come up with this time, considering what she’s capable of, what could she say that would be shocking? No one puts anything past Eve to begin with! Claiming the divorce papers she signed were forged won’t work since Jack himself forced her to sign them in front of him. One thing she could do would be to take a page from Kristen DiMera’s (Stacy Haiduk) playbook; she could claim that she’s pregnant with Jack’s baby, but while it’s easy to fake pregnancy and DNA tests, it’s pretty hard to fake a baby.

Eve is 50, so, like Kristen, she could claim a high risk pregnancy, but again, it’s pretty hard to fake a baby so it would at best be a short range stall, not a long range plan! But it is possible that she could have had herself artificially inseminated and claim that she just found out that she was pregnant, and then claim the baby came early; after all, older mothers with high risk pregnancies do tend to deliver prematurely!

DOOL Spoilers – If Eve Donovan Plays The Baby Card, What Will Jennifer Horton Do?

If Eve were to play the baby card, she probably would bank on guilt-tripping Jack to step up and reconcile with her to raise the baby, since his children with Jennifer are grown up and out of the house. Now that Jack is back to his old self he is very heavily invested in doing the right thing in all the things in his life, and Eve would know that, having known him from many years before.

She can always tell him that she never dreamed that she was pregnant, thinking she was in menopause, as a reason for not telling him this until after she signed the divorce papers and that she just has found out! This would be a very desperate plan for Eve to try to pull off, one that truly could harm her health at her age; and especially since it may be difficult to get Jack to reconcile with her even if she were to be pregnant with his child and be able to prove it.

Jennifer will peg Eve’s claim as a scam from the very start, and tell Jack not to believe her! Jack probably won’t believe her at first either but then Eve would get to work providing proof! Upon seeing that proof, Jennifer might just tell a little white lie to disprove Eve’s proof by telling her Jack had a vasectomy years ago, and provide some fabricated proof of her own! Jennifer is generally honest, but this would be war, and all’s fair in love and war, including little white lies!