Days of Our Lives Spoilers: Hope Brady Is Officially Gone – Even Rafe Doesn’t Recognize Her Anymore 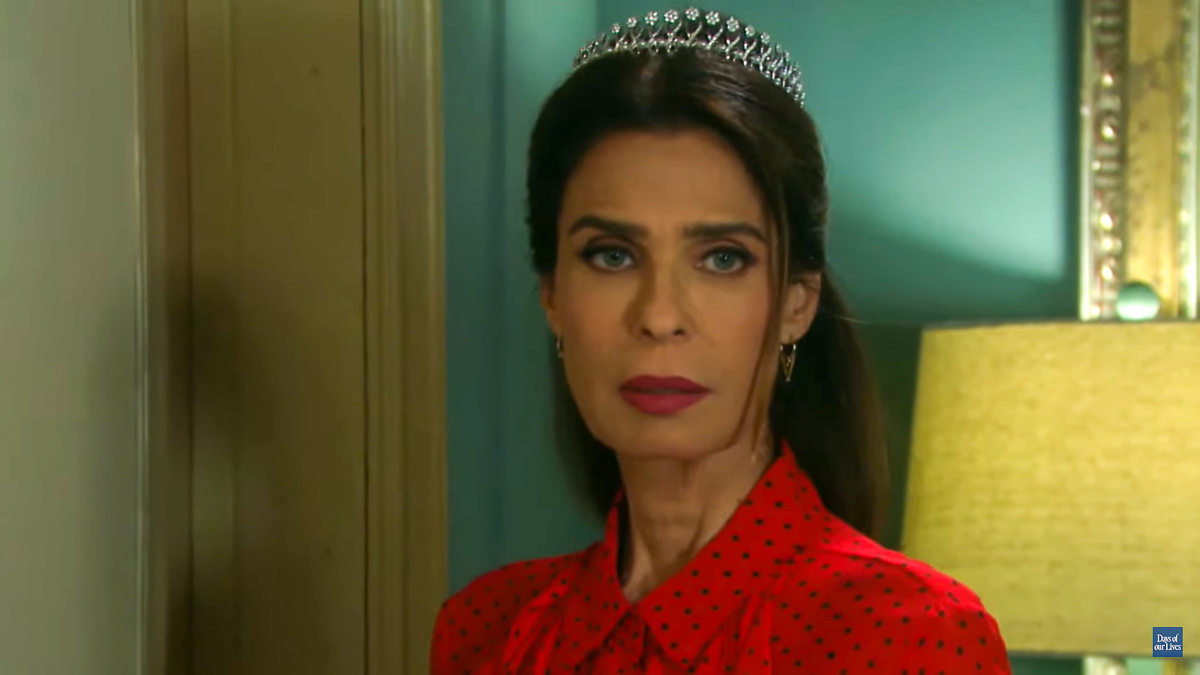 Days of Our Lives spoilers reveal that Princess Gina (Kristian Alfonso) runs into Rafe Hernandez (Galen Gering). The two have romantic and professional history together. However, will he notice that the detective literally isn’t acting like Hope Brady? Or will he be like everyone else and just sum it up to stress?

It has been hinted for some time that Dr. Rolf (William Utay) wanted revenge on Hope Brady. It is for her actions against Stefano DiMera (Joseph Mascolo). The mad scientist took his chance when Hope was praying for Julie Williams (Susan Seaforth Hayes) in the hospital altar. That is where the entire process began and not even Hope understood what had happened.

Days of Our Lives spoilers tease that once Dr. Rolf gave Hope a tiara, her transformation into Princess Gina was complete. He has already told the character that he has grand plans for her. She didn’t take to this well and wanted to “rule Salem” by herself. There was only one person she could consider sharing the throne with and that is John Black (Drake Hogestyn).

Even before the transformation was complete, Hope was exhibiting odd behavior. She looked tired, stressed, like she was in another world and was even caught smoking cigarettes. This was a big clue to the rest of Salem that it wasn’t Hope, but Princess Gina. Cigarettes were one of her famous trademarks and Hope has never smoked.

However, nobody has suspected she might literally be someone different. Even with all the high-tech masks and doppelgangers, people just assume it’s stress.

DOOL spoilers state that Princess Gina has already had people wondering why she isn’t acting like Hope. The next person to notice will be Hope’s ex-husband, Rafe Hernandez.

However, fans are speculating that he will notice Hope seems “off.” But he probably won’t connect the dots, at least not until it’s too late. Then how will they get Hope back and what kind of deals will they have to make with Dr. Rolf?