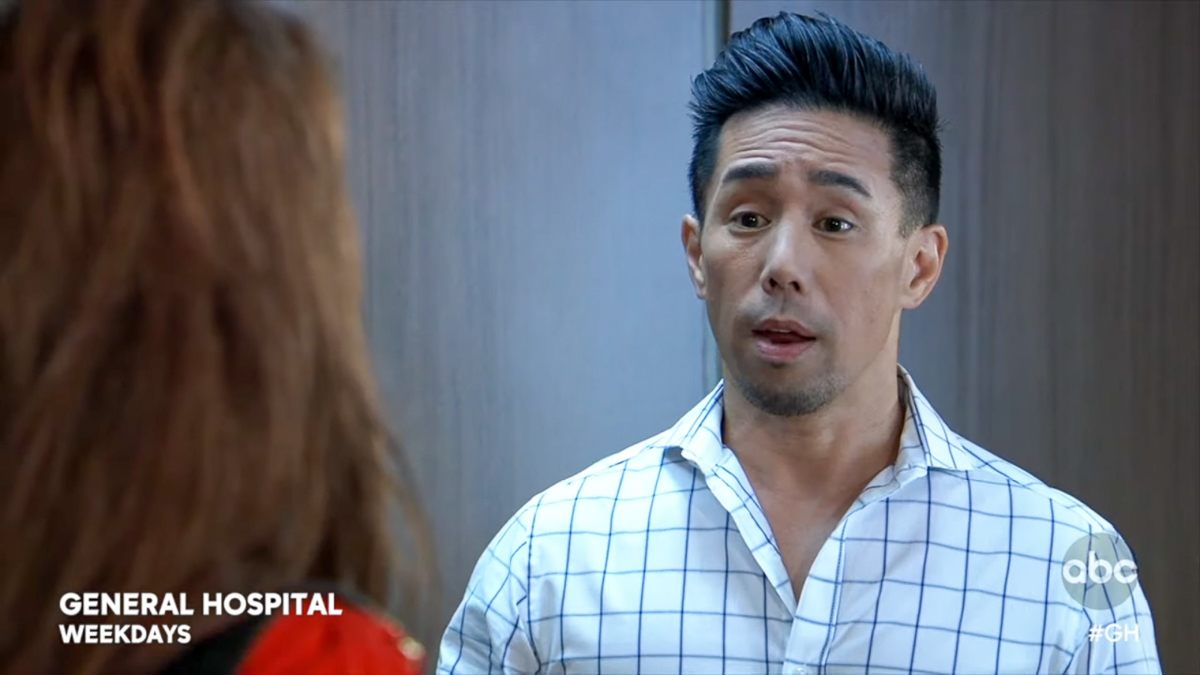 General Hospital viewers will recall that Brad Cooper has been a “Nervous Nellie” bordering on a nut job ever since that dark night out in the country when his and his husband Lucas Jones’ (Ryan Carnes) newborn adopted baby, who they named Wiley Cooper-Jones died and Brad went for a drive with the dead baby in his back seat, not sure what to do or how to tell Lucas. Then who should come along with a live, healthy newborn baby boy she had just given birth to, and desperately needing a ride, but Nelle Benson (Chloe Lanier)!

Nelle had a problem because she knew she may be going to prison, not having successfully killed Michael Corinthos, (Chad Duell) her baby’s father, because he and her old boyfriend Detective Harrison Chase (Josh Swickard) who had followed her to Port Charles figured out her deadly car crash plan and put a stop to it and ran a sting on Nelle to boot! The last thing she wanted was for her newborn, who she named Jonah, to be raised by the Corinthos family, and least of all by Carly Corinthos (Laura Wright), and so she convinced Brad to take her live baby and she took the dead baby and told Michael that their baby died! Brad has been overwhelmed with fear that either Nelle or Liesl Obrecht (Kathleen Gati) who delivered Jonah, would tell the truth and expose the fraud!

It would not help Nelle Benson to admit to the baby swap, even though she did tell Brad that when she is out of prison she wants to be a part of the baby’s life. She could do that by working as their nanny, much like Heather Webber (Robin Mattsson) did years ago to be around her son, little PJ Taylor (Robert Beitzel) who also told her baby’s father, Jeff Webber (Richard Dean Anderson) that THEIR baby had died!

She later wanted her baby, who she named Stephen Lars and who grew up to be Dr. Steve Webber (Scott Reeves) back and spiked the adoptive mother, Diana Taylor’s (Valerie Starrett) iced tea with LSD, intending to make off with the baby, but Stephen/PJ, by that time was a toddler and swapped the glasses so Heather instead of Diana went off the rails and was institutionalized! Only, Nelle would run into opposition from Lucas over such a plan. Lucas, like Michael, doesn’t trust Nelle any farther than he could throw her!

General Hospital Spoilers – Brad Cooper Will Realize He Has To Be In Control Of Himself, His Situations, And His Fears

Brad and Lucas have been going to couples’ therapy, and Brad will realize that he has to be in control of himself, his situations, and his fears if he is going to successfully keep Wiley from being outed as Jonah! It is his nervousness and fear that is making Lucas suspicious to begin with! Brad will take steps to get the upper hand over his anxiety first and then work to get the upper hand over anyone who might be a danger to his secret being kept!