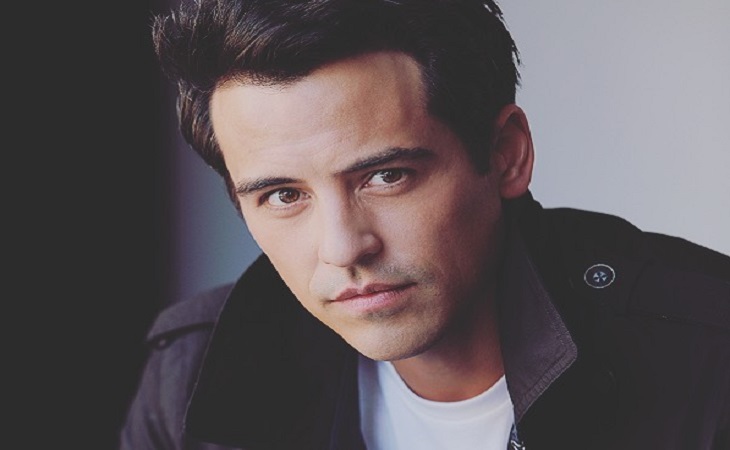 General Hospital spoilers and comings and goings have been teasing for months now that fan favorite Nikolas Cassadine would be returning to Port Charles, and what better time than Halloween?

During the spooky General Hospital Halloween episode, fans of the ABC soap opera were in for quite a shock when it was revealed that Nikolas Cassadine has risen from the “dead” and returned to Port Charles.

Despite earlier General Hospital rumors, it was not Tyler Christopher, or even his temporary recast Nick Stabile, that appeared as Nikolas.  TPTB at General Hospital managed to keep this shocking recast on the down low until the big reveal.

Coloma is new on the daytime soap scene, but is no stranger to acting.  Since 2001 Coloma has appeared in over a dozen popular TV shows, including some big names like One Tree Hill, Point Pleasant, Make It Or Break It, The Mentalist, and most recently Major Crimes.

Now that Nikolas Cassadine is back on the scene, it will be interesting to see how Port Charles feels about his resurrection.  While we are sure to see some people thrilled to have him back, like Ava Jerome and his mother Laura Spencer, others may not share the same excitement.  On the other hand, maybe this means his charismatic son Spencer is on his way back to Port Charles too!

So, what do you think of the new Nikolas Cassadine recast?  Share your thoughts in the comments below!  And check back right here for all your General Hosptial news, information and spoilers!

Prev Next
13 Comments
Leave A Reply
Cancel Reply
For All The Alaskan Bush People News!