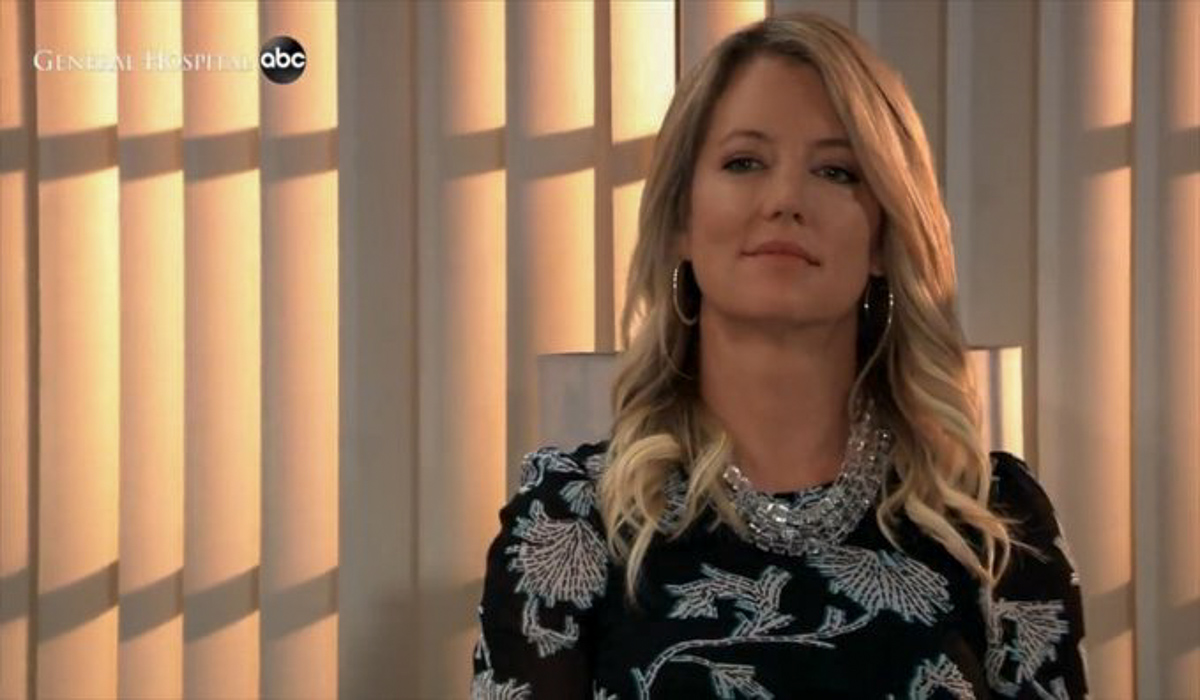 General Hospital (GH) spoilers tease that Cassandra Pierce (Jessica Tuck) is still in prison, awaiting trial for her numerous crimes, the most recent being when she injected the bird flu into Sasha Gilmore’s (Sofia Mattsson) food. She did that in retaliation for Nina Reeves (Cynthia Watros) attempting to kill her. At the time, everyone believed that Sasha was Nina’s daughter, so Cassandra thought she was taking away the thing that Nina loves the most. But Sasha has since revealed to be an imposter, so Nina will feel that it’s time to issue a warning to Cassandra.

Nina will likely visit Cassandra in Pentonville, and let her know that her plan failed. Sasha survived, and as it turns out, wasn’t her daughter anyway. There is no need for Cassandra to attack Sasha again, but Nina will go a step further and put Cassandra on notice. If she hurts another member of her family, or anyone that Nina cares about, Nina will make to finish the job next time. Cassandra won’t be able to walk away a second time!

Nina has been relatively calm in recent years, but the truth is that she can be very dangerous when provoked. She stole Ave Jerome’s (Maura West) baby right out of her womb at one point, so there is very little Nina won’t do. She will inform Cassandra of this fact, so look for Cassandra to get the point. Of course, Cassandra will ask about Valentin Cassadine (James Patrick Stuart) and Nina inform that she and Valentin are happier than ever. But Cassandra may sense that something is amiss and will contact Valentin once again.

Cassandra may contact Valentin and inform him about Nina’s visit. He will once again warn the drug dealer to stay away from his family. But Cassandra may warn Valentin that Nina might not still love Valentin as she professes to do. He won’t believe her of course, at least not at first. But doubt may creep in before long Nina hasn’t truly forgiven him.

Will Nina successfully warn Cassandra off from hurting anyone else that she loves. Will she slip and hint to Cassandra that her feelings for Valentin have changed. If so, will she tell Valentin? Scenes filled with tension are coming up on General Hospital, so stay tuned weekdays on ABC. And check back here regularly for all your General Hospital news, information and spoilers!