The Bold and the Beautiful Spoilers: ‘Bridge’ Is About To Break As Shauna’s True Intentions Come Out 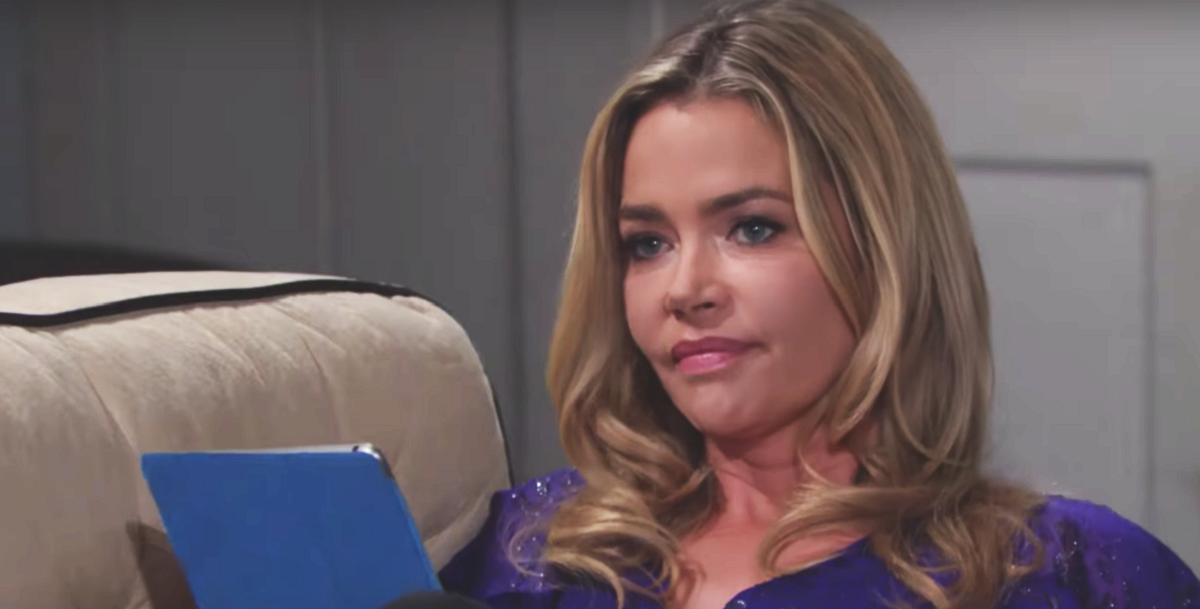 Shauna Fulton (Denise Richards) didn’t expect anyone to see her on ‘The Bold and the Beautiful’. She was sleeping at Eric Forrester’s (John McCook) guest house with Quinn Forrester’s (Rena Sofer) approval, which Ridge Forrester (Thorsten Kaye) wasn’t aware of when he entered the darkened bedroom.

The sound of Shauna screaming as Ridge was preparing to go to bed was meant as comic relief after heavy scenes about ‘Bridge’s’ marital troubles played out at the main house.

The kiss that followed came on Ridge’s initiation and with him being fully awake this second time around.

Shauna felt compelled to help the man who was deeply inebriated a handful of weeks ago. So, she made sure Ridge got tucked into the bed that was located on the second floor above Bikini Bar.

Ridge wasn’t aware of what he was doing, or that Shauna planted a kiss on him and then stayed the night, albeit in an innocent capacity. She later admitted what had taken place.

B&B fans weren’t surprised when Ridge didn’t chide Shauna, but was flattered. Now, this growing attraction is leading, or has already led to the spark of a relationship.

Ridge and his wife have openly stated that they still love each other. But trust and respect are the emergent issues that appear to signal the end of their latest marriage.

Forrester family unity is a remedy Ridge feels will help Thomas Forrester (Matthew Atkinson) to fully heal. Eric is on board with that plan, while encouraging Ridge not to throw away his marriage.

Thomas couldn’t be happier that his father is defending him and has left his wicked stepmother. And yes, that childish image is fully reflective of Thomas’ mind, which remains troubled.

Brooke Forrester (Katherine Kelly Lang) is seen as overbearing by Ridge and Thomas. However, an objective view of her actions and words confirms that she’s looking out for everyone’s best interests.

Hope Logan (Annika Noelle) has been a good mother figure to Douglas Forrester (Henry Joseph Samiri). She and Liam Spencer (Scott Clifton) were providing a stable environment to Douglas, who was happy to be living with them and Beth Spencer (Madeline Valdez and River Davidson).

Ridge discounts Brooke’s belief that upheaval won’t be good for Douglas and renewed contact with Thomas won’t be safe. Kaye’s character isn’t thinking straight, as was verified inside the guest house after he peeled off Shauna’s facial mask, dropped it to the floor, and kissed her like he’s done with Brooke many times through the years of their marriages.