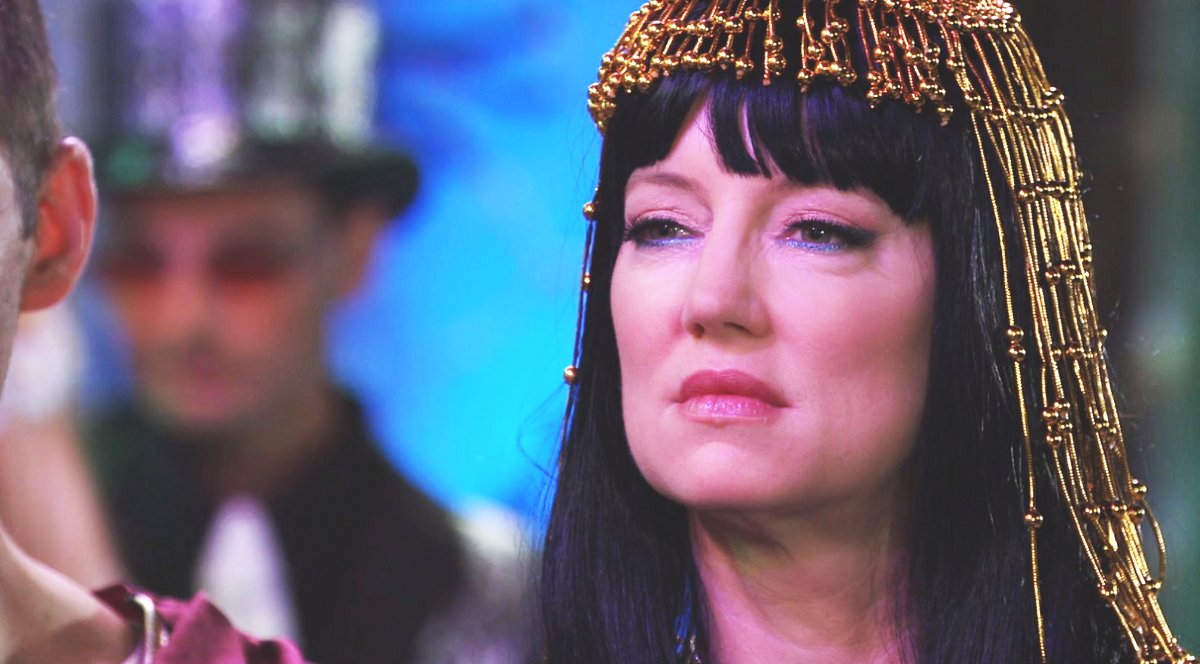 Ava faints in Nik’s arms. When Ava awakens Nik has disappeared. Laura Webber (Genie Frances) stops by the art gallery. Ava tells Laura that Nik was there. Ava tries to convince Laura that Nik is alive and well. Ava tells Laura Nik was standing there and was very real. Ava tries to find security footage to show Laura. Laura calls Jasper Jacks (Ingo Rademacher) and tells her Ava thinks Nik was at the gallery. Jax offers to handle things. Ava overhears Laura on the phone.

Ava realizes that Laura thinks she’s crazy. Laura thinks this is a fantasy. Ava argues to Laura that she isn’t crazy. Laura says she can’t see Nik because he isn’t there. Ava knows what she saw. Laura believes Ava needs help. Ava asks Laura to help her. Laura and Julian Jerome (William DeVry) accompany Ava to Shadybrook. Ava signs herself into Shadybrook for treatment. Laura and Julian hug Ava as she leaves.

General Hospital’s Cameron Webber (William Lipton) falls down at the dance. Dustin Phillips (Mark Lawson) asks if Cameron is looking for his drink or his dignity. Jax and Hayden Barnes (Rebecca Budig) tell Laura where they believe the portrait to be. Liz Webber (Rebecca Herbst) shows up to pick up Cameron. Liz takes Cameron to the hospital before he has to meet with the principal. Liz talks to Hayden and tells her about Cameron’s actions after checking on Violet Finn (Jophielle Love).

Cameron thought drinking would make him forget about things for a while. Liz promises Cameron they will get through this together. Hayden asks how Cameron is. Liz tells Hayden she and Violet can come live with them. Hayden tells Liz to let Hamilton Finn knows she left. Liz promises to tell Cameron all about his cousin later. Liz wants Cameron to go home. Cameron is afraid of getting sick in the car. Liz gives him a bag and they leave. Hayden goes to meet Jax and sees Nik.

General Hospital’s Julian wants to hire the bartender for a job. Lucas and Brad are talking and Brad excuses himself. Brad gets a text, Lucas sees it. Lucas confronts Brad about the text. Brad receives a nude photo. Julian pays the bartender and tells him to tuck in his shirt before leaving. Brad drops his cup. Brad wants to know why Lucas doesn’t trust him. Brad swears there is no one else. Laura calls Julian and he goes to the gallery.

General Hospital’s Nina Reeves (Cynthia Watros) berates everyone for defending Sasha Gilmore (Sofia Mattsson). Laura believes Valentin Cassadine’s (James Patrick Stuart) time at the head of the Cassadine table is over. Willow Tait (Katelynn MacMullen) tells Nina she needs to back off. Michael Corinthos (Chad Duell) confronts Valentin and demands he gets Nina to back off.

Sasha is upset that Michael wants Valentin to pay. Nina and Valentin approach, Nina has decided to drop the charges against Sasha. Willow tells Harrison Chase (Josh Swickard) how off Brad has been lately. Lucas doesn’t believe that Brad isn’t having an affair. Sasha thanks Nina for dropping the charges. Nina continues to berate Sasha. Nina goes after Michael, Valentin intervenes. Sasha wants Nina to be happy at any cost.

Carly gets a phone call to pick up Josslyn Jacks (Eden McCoy) and sends Carly after her and Dev Corbin. Carly and Brad argue over Nelle. Sonny sends Dev upstairs. Jax demands answers from Jocelyn. Jocelyn tells them she was drinking with Cameron. Jocelyn says she and Cameron thought drinking would help them to have fun.

Carly can’t believe that Jocelyn was in that much pain and didn’t tell her. Jocelyn thought this would take the edge off. Carly tells Jocelyn she has to take whatever punishment the principal deals out. Carly and Jax will deal with Jocelyn later. Sonny asks how Jocelyn is. Carly says tomorrow won’t be pretty.