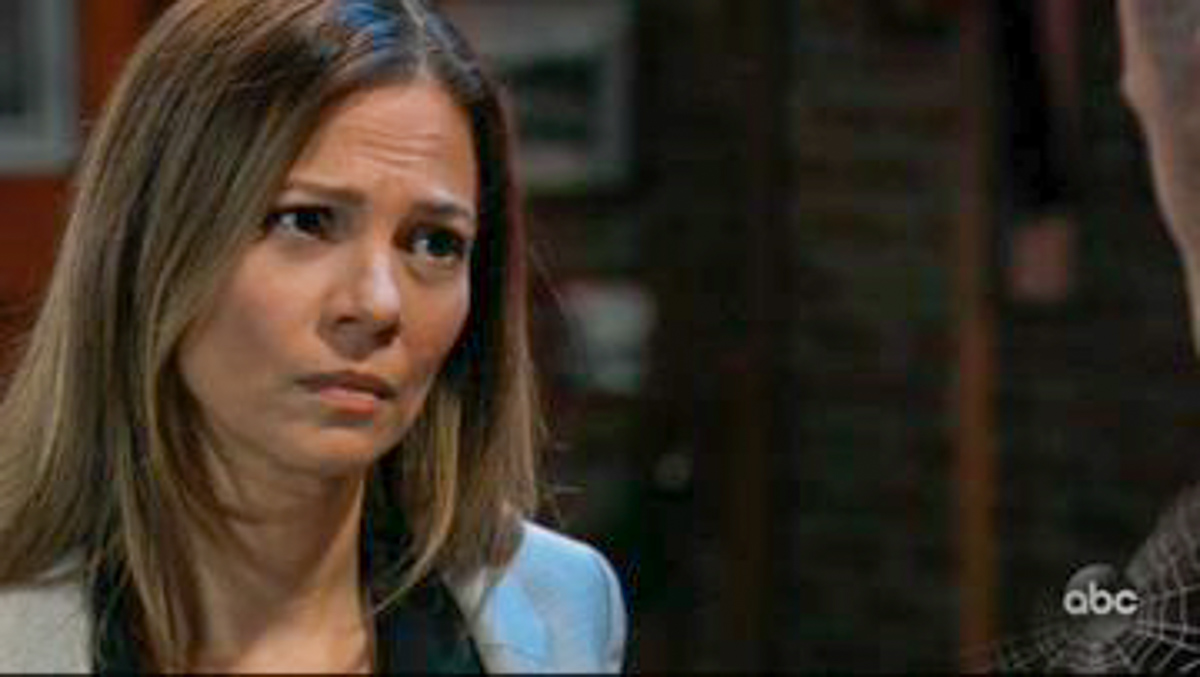 General Hosptial (GH) spoilers tease that Kim Nero (Tamara Braun) is delusional and up until now, no one has been able to reach her. But there is one person who be able to convince Kim that her action are doing her harm. Josslyn Jacks (Eden McCoy) was in love with Kim’s son Oscar Nero Quartermaine (Garren Stitt). Oscar passed away from a brain tumor earlier this year, and both Joss and Kim have had a difficult time accepting Oscar’s passing.

But Joss knows that the last thing Oscar would want either of them to do is suffer. Kim’s actions over the last few months has been nothing short of self-destructive. As viewers know, Kim drugged Drew Cain (Billy Miller) in the hopes of conceiving another child with him to help ease the pain of losing Oscar. Now she has attached herself to Franco Baldwin (Roger Howarth) who through a memory mapping procedures, currently believes himself to be Drew. All of these attempts to hold on to Oscar, or replace him, have all contributed to Kim slowly losing her grip on reality. So look for Joss to visit Kim and tell her that she knows how much she misses Oscar. She does too. But there is no way Oscar would be okay with the way that Kim is suffering.

GH Spoilers – Kim Nero needs to grieve and move on

Joss will tell her that they both need to grieve but they also need to move on and lead healthy lives. Kim is in such a state of denial, she may be angry at first, but deep down she will know that Joss is right. Oscar was an amazing young man, but he has passed on. Nothing that she does will bring Oscar back. Another baby won’t replace Oscar. Holding on to Franco will only bring more heartache once Franco regains his true memories. The Drew Cain persona that currently resides in Franco isn’t real. It was downloaded into Franco’s mind from a hard drive.

Kim needs to stop chasing ghosts. She needs to do the work that intensive therapy will provide, so that she can live out her life in peace. Oscar would want nothing less for his mother. This conversation will be difficult for both Joss and Kim, and it may very well make Josslyn that can’t stop living either. The two of them will come to realize that they both will always love and remember Oscar, but there is still much more for both of them to do. This will likely convince Kim to leave town and get the therapy she needs.

Can Josslyn get through to Kim? Will give up on trying get back the life she lost? Will she let Franco go? Some heartbreaking scenes are coming up, but stay tuned to General Hosptial, airing weekdays on ABC. And check back here regularly for all your General Hosptial news, information and spoilers!