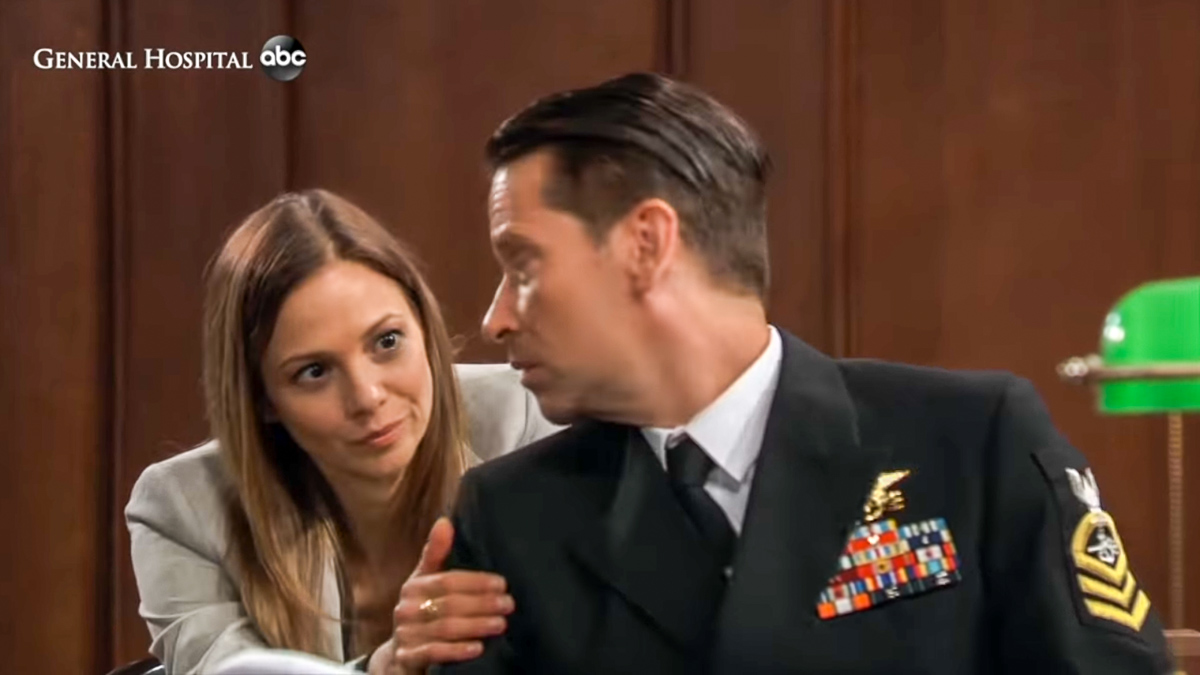 General Hosptial (GH) spoilers tease that Franco Baldwin’s (Roger Howarth) competency hearing took a lot out of both sides of the case. Franco, who believes himself to be Drew Cain (Billy Miller), thought that he knew what he wanted. He had been planning to leave town and start a brand new life with Kim Nero (Tamara Braun). But there was a lot of testimony given during the hearing, and Franco may need time to think about everything.

When Franco’s attorney, Martin Grey (Michael E Knight) continued pressing Cameron Webber (William Upton) on the stand, even at one point calling him a liar, it was Franco who stood up and put a stop to it. He couldn’t bear to see Cameron in so much pain. And Franco was visibly moved when Liz Webber (Rebecca Herbst) talked about the loving family unit that she and Franco formed with her three sons.

Then the testimony of Kim provided a shocker Franco. Franco finally got to see firsthand exactly how difficult it was for Kim to lose her only son, Oscar Nero Quartermaine (Garren Stitt). Franco knew that Kim was still grieving, but her testimony that she drugged the real Drew Cain in the hopes of conceiving another baby was brand new information and Drew is now seeing how unhealthy Kim’s current mental state is.

At one point, Scott Baldwin (Kin Shriner) asked Sonny Corinthos (Maurice Bernard) to abduct Franco until the memory mapping procedure could be forced on him. Sonny didn’t give Scott an answer, but as fate would have it, Franco showed up at Sonny’s gym looking to take his frustrations out on a punching bag. Sonny told Franco what Scott had asked of him, but it seems that Sonny is more interested in providing a safe space for Franco to decide his next steps without the influence of Scott, Liz or Kim. This way, whatever Franco decides to do next, it will be his decision.

Will Sonny give Franco the space to make his own choices? And what will Franco decide is next for him? Some exciting scenes are coming up on General Hospital, so stay tuned weekdays on ABC. And check back right here for all your General Hosptial news, information and spoilers!