The Bold and the Beautiful Spoilers: Jealous Quinn to Sabotage Shauna’s Affair With Ridge? 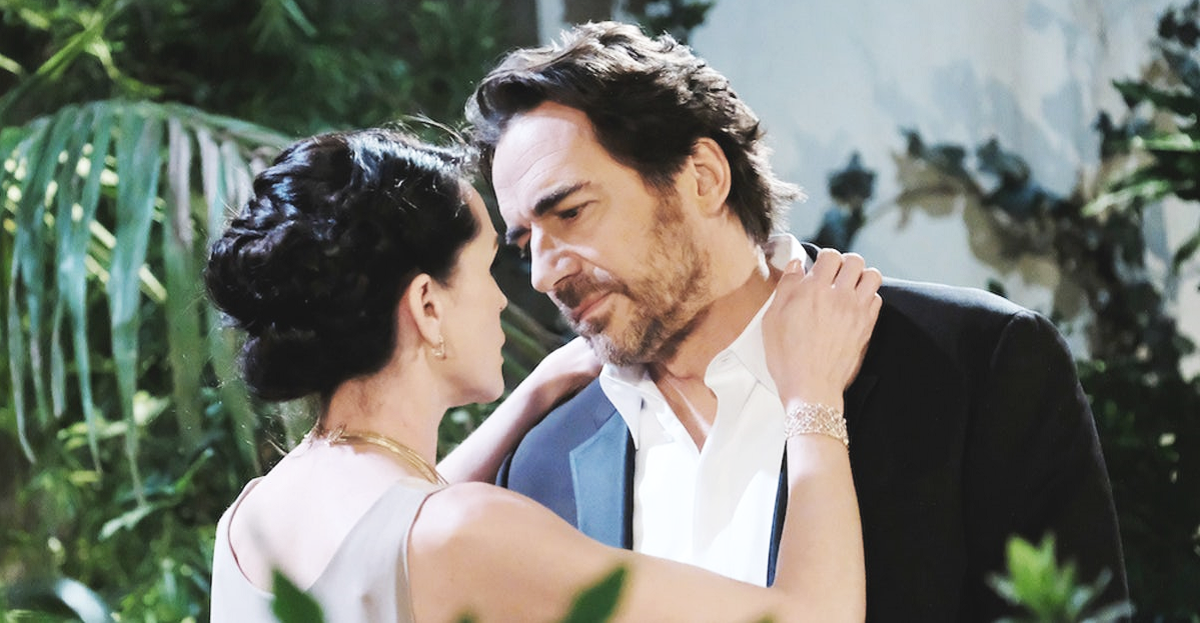 The Bold and the Beautiful spoilers tease that Quinn Forrester (Rena Sofer) will be in for a surprise. As B&B viewers know, she’s friends with Shauna Fulton (Denise Richards), and the two go way back. They raised their kids together and were pretty close back in the day, before Quinn and Wyatt Spencer (Darin Brooks) left Las Vegas. And that’s pretty remarkable, considering that Quinn doesn’t have many friends. Clearly, the two women have a special bond.

But that doesn’t mean that Quinn will always stick by Shauna no matter what. She’s been particularly critical of Shauna’s and Flo Fulton’s (Katrina Bowden) actions with respect to the whole Beth Spencer (River Davidson and Madeline Valdez) situation. Quinn absolutely couldn’t believe that Shauna knew that Beth was alive and didn’t come forward with the information. It nearly destroyed their friendship, but it seems that Quinn has started to move past her shock and horror over what Shauna did.

Even so, it seems that Quinn will soon find herself questioning Shauna’s choices again. According to B&B spoilers, Shauna will confide in Quinn about what she’s been feeling for Ridge Forrester (Thorsten Kaye). Of course, Shauna is quite taken with Ridge and while she hasn’t started aggressively pursuing him quite yet, she’s rapidly getting to that point. She’s told Flo that she thinks about Ridge all the time and she’s constantly gushing over him.

Bold And The Beautiful Spoilers – Shauna Fulton Confesses About The Kiss

Well, soon, Shauna will sit down with Quinn and get honest about what she’s feeling. According to B&B spoilers, Shauna will confess that she kissed Ridge, and knowing Shauna, she’ll probably go on about it and confide in Quinn about how wonderful the whole thing was and how she’s been fantasizing about the amazing Ridge Forrester and what a life with him would be like.

But it seems that Shauna won’t know that Quinn once had a thing with Ridge. B&B viewers will remember that Quinn and Ridge teetered on the edge of having an affair a couple of years ago. The two had a really tough time keeping their hands off of each other, and it nearly destroyed Quinn’s relationship with Eric Forrester (John McCook). But in the end, Quinn and Ridge just ended up passionately kissing a few times, and then decided to cut it out.

Still, there was a spark between Quinn and Ridge, and that’s going to make things a bit awkward when Shauna reveals that she’s now got a thing for Ridge. According to B&B spoilers, the situation will lead Quinn to take a walk down memory lane as she looks back in time to her sort-of affair with Ridge. It may also make Quinn feel a little jealous of her friend, or at least feel a little strange about the whole situation.

Bold And The Beautiful Spoilers – Will Anything Deter Shauna Fulton’s Goal?

It will be interesting to see whether Quinn will reveal her history with Ridge to Shauna, or whether she’ll keep mum about the whole thing. Shauna and Quinn seem pretty close, though, so she’ll probably open up to Shauna, perhaps as a way of cautioning her against making a mistake with Ridge. Quinn will surely know that Shauna’s in for a huge fight with Brooke if she decides to really go after Ridge.

Still, it doesn’t seem like anything could deter Shauna if she sets her sights on Ridge. One wonders whether her friendship with Quinn will hold up if she does make a big play for Ridge and especially if she’s ultimately successful. It might make things pretty awkward between Quinn and Shauna going forward!

How do you think Quinn would handle a Ridge/Shauna relationship? Stay tuned to the CBS soap and don’t forget to check Hollywood Hiccups often for the latest Bold and the Beautiful spoilers, updates, and news.