The Bold and the Beautiful Spoilers: Liam Shocked To Learn That Steffy’s Dating Again 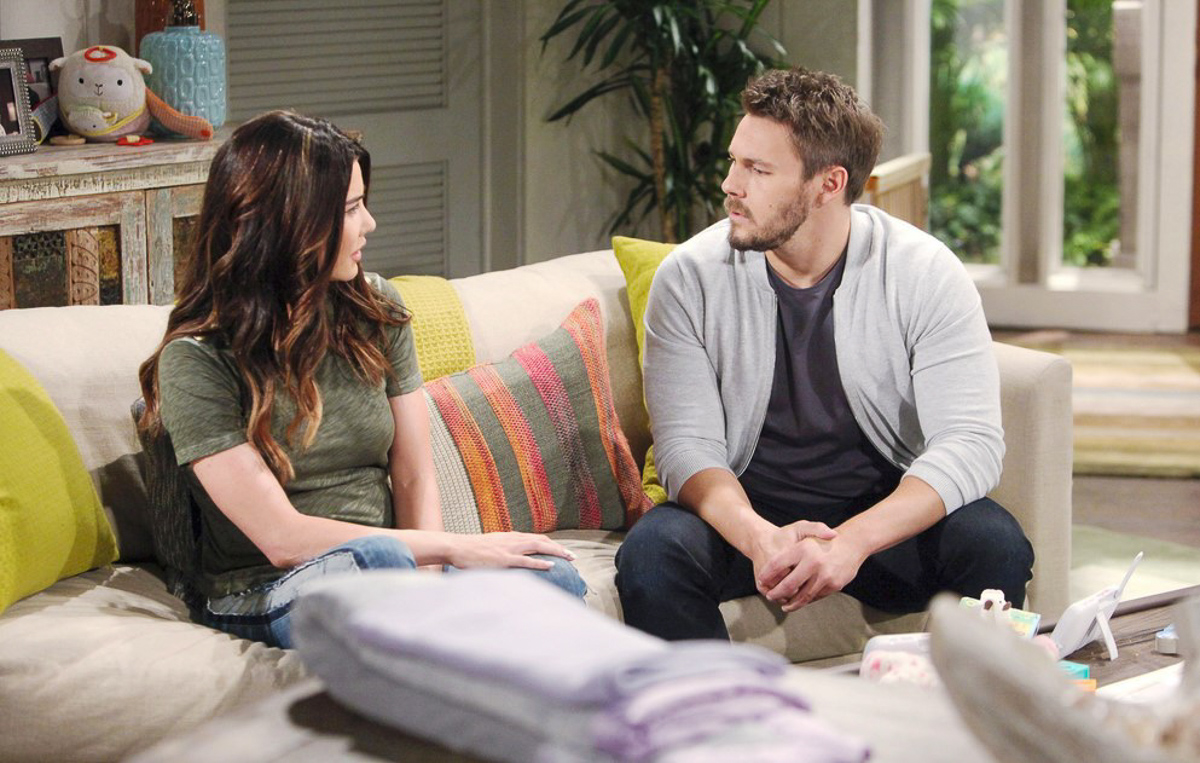 The Bold and the Beautiful spoilers tease that Liam Spencer (Scott Clifton) is in for a big shock. As B&B viewers know, he recently reconnected with Steffy Forrester (Jacqueline MacInnes Wood) when he brought his daughter Beth Spencer (River Davidson and Madeline Valdez) to visit with Steffy and Kelly Spencer (Zoe Pennington). Liam appears to be making a renewed effort to spend more time with Kelly, which is great, and also puts him in close contact with Steffy.

According to B&B spoilers, Liam and Steffy will spend Halloween evening together with Beth and Kelly, while Hope Logan (Annika Noelle) is busy trying to manipulate Thomas Forrester (Matthew Atkinson) into letting her have joint custody of Douglas Forrester (Henry Joseph Samiri). It looks like Steffy and Liam will have a great evening together and there will be some great “Steam” moments as they share the holiday with the girls.

Bold & The Beautiful Spoilers – Liam Spencer Gets Some Startling News

But soon, Liam will get a shock. According to B&B spoilers, he’ll learn that Steffy is dating again! Exactly who Steffy will wind up dating remains to be seen, but it seems pretty clear that she’s going to move on, which is something that will thrill the many fans out there who have been wanting Steffy to get a new, non-Spencer man. She’ll decide to go on with her life and get back out on the dating scene again.

Of course, Liam is going to have to get used to the idea. After all, he’s been with Hope ever since the big Beth reveal, and Steffy really hasn’t had reason to think that he’ll ever come home to her and Kelly again. Surely Liam doesn’t expect Steffy to just be alone forever – after all, if he’s with Hope, then Steffy would necessarily have to be with someone new if she were going to move on with her life. It’s definitely time for Steffy to go on and have a real adult relationship with someone who it totally focused on her.

The Bold and the Beautiful Poll: What Happens When Ridge Sees Thomas For Who He Really Is? https://t.co/HEGKlH2daQ pic.twitter.com/od2p9wKKn8

B&B Spoilers – Will We See A New Man For Steffy Forrester?

But does this mean that B&B viewers will see a new man for Steffy? So far, B&B spoilers haven’t indicated that a new character will be on the scene anytime soon, but there could be some surprise casting in the works here. Or will Steffy be sharing her time with someone already on canvas? There certainly doesn’t seem to be anyone on canvas currently that Steffy could date other than Carter Walton (Lawrence Saint-Victor), and we haven’t seen much of him lately.

Plus, ongoing B&B spoilers indicate that Carter might wind up interested in Maya Avant (Karla Mosely), so Carter seems like he may be off the table for Steffy. At any rate, it looks like Steffy will be seeing someone new, so B&B viewers will have to tune in to see who it will be!