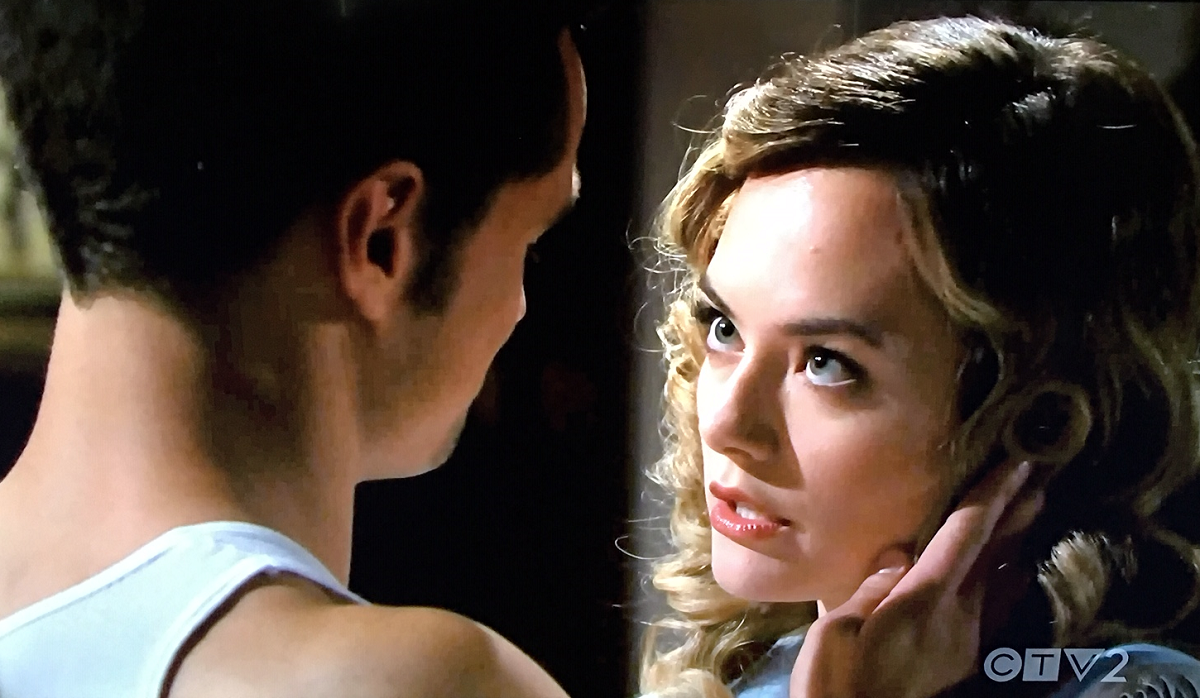 The Bold and the Beautiful spoilers for Monday, November 4, tease that Hope Logan (Annika Noelle) will be in a real predicament. As B&B viewers know, Thomas Forrester (Matthew Atkinson) has just propositioned her, and she’s now in a bind.

Thomas told her that he’d allow her to adopt Douglas Forrester (Henry Joseph Samiri) if she agreed to have sex with him right now. Hope was stunned by the proposal, as she’s only been cordial to Thomas as a ploy to get him to sign adoption papers.

As B&B viewers know, Hope’s big plan is to legally adopt Douglas, so that both she and Thomas have custody of the little boy. Then, once that’s done, Hope plans on petitioning the court for sole custody of Douglas and take him away from Thomas altogether. It’s a devious plan and clearly carries some risk for Hope.

Well, on Monday’s B&B episode, Hope will be in a bind as Thomas waits for an answer to his indecent proposal. The last thing that Hope wants is to sleep with Thomas, so she’s going to have to find an excuse quickly. If she says no outright, then there’s the distinct possibility that Thomas will know that she was just pretending to be nice to him in order to adopt his son.

The Bold and the Beautiful Spoilers: Jealous Quinn to Sabotage Shauna’s Affair With Ridge?

Ongoing B&B spoilers indicate that Hope will still be trying to adopt Douglas in the coming days, so it appears that Hope and Thomas might get interrupted before Hope has a chance to respond to Thomas’ proposal.

Douglas could interrupt them, or even someone else like Ridge Forrester (Thorsten Kaye) or Quinn Forrester (Rena Sofer) could come along and break up their little talk. At any rate, it seems that Hope will get an out and won’t have to officially turn Thomas down.

Bold And The Beautiful Spoilers – Liam Spencer Gets An Unpleasant Surprise

Meanwhile on Monday’s new episode of B&B, Liam Spencer (Scott Clifton) will be in for a surprise. He’ll learn that Steffy Forrester (Jacqueline MacInnes Wood) is dating again, and he’ll reel from the news. Of course, Liam and Steffy have just spent a great Halloween evening together with Kelly Spencer (Zoe Pennington) and Beth Spencer (River Davidson and Madeline Valdez). They had some great family moments, and a good talk as well.

But according to B&B spoilers, Liam will have some difficulty coping with the news of Steffy deciding to go out and enjoy herself. Given that Liam’s been living with Hope as a couple ever since the big Beth reveal happened, he surely won’t begrudge Steffy the right to go out and get some adult companionship.

After all, he can’t expect Steffy to remain single forever or wait around on him for some reason. He’s going to have to be gracious about the whole thing.

But still, it looks like the news will hit Liam by surprise. It will be the first big sign that Steffy is moving on, plus it might just come out of the blue. Then there’s always the possibility that Liam will realize that whoever Steffy ends up seeing will probably spend some time around Kelly. That might make Liam feel a bit protective and nosey about exactly who Steffy is spending her time with.

The Bold and the Beautiful Spoilers: Steffy’s Dating, Who Is Her New Man? https://t.co/wr5CQ0v1KF pic.twitter.com/6v9Q0hdrAl

Perhaps it will be time for Steffy and Liam to have a talk about the realities of a blended/extended family situation. After all, if Steffy has to accept Hope as an important adult in Kelly’s life, then eventually Liam is going to have to accept whomever Steffy chooses as an important adult in Kelly’s life, too. In the end, Liam will probably come to accept things and be happy for Steffy, but at first, he might find the whole thing a bit jarring.