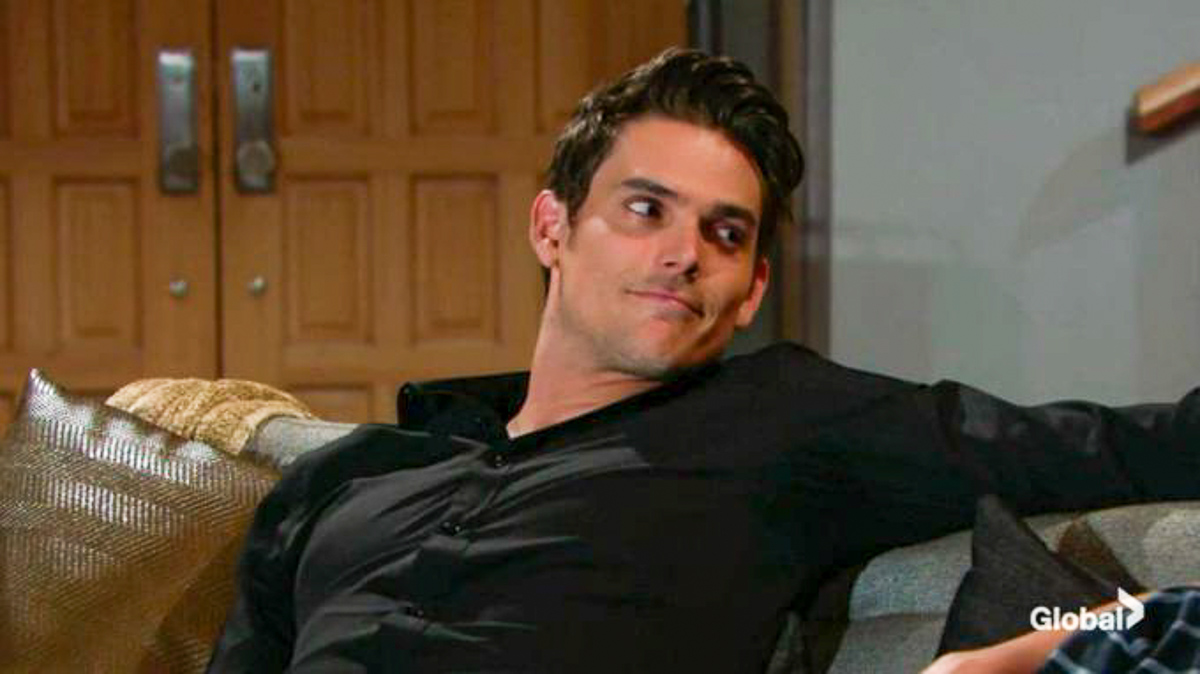 Adam Newman (Mark Grossman) didn’t have any plans regarding Connor Newman (Judah Mackey), or Chelsea Lawson (Melissa Claire Egan) on ‘The Young and the Restless’. He planned to play cards for a living in Las Vegas, Nevada, indefinitely. But then the call about Connor’s leap off the jungle gym was received.

Nick Newman (Joshua Morrow) was relieved when his younger brother left Genoa City, Wisconsin. He’s believed that Adam was nothing but trouble since Victor’s second-born son first arrived as an adult more than ten years ago. The recent double-dosing of Victor’s medicine could have killed their dad and reaffirmed Nick’s belief that Adam was and will always be bad news.

‘Chick’ got back together shortly after Chelsea returned to GC. She did so as Mrs. Boudreau, learning that Adam survived the cabin blast that took place in 2016. Skipping ahead to mid-fall 2019, Connor’s mother’s heartstrings are being tugged, which plays into Adam’s newest objective.

Young And The Restless Spoilers – Spending Time Together At The Penthouse

Chelsea had been leery of allowing Adam to ingratiate himself with Connor before she agreed to let him move home. For awhile all went well between Adam and their son.

Numerous outdoor scenes took place at Chancellor Park. Through those moments and others, Adam seemed to be sincere about rebuilding his family ties with Connor.

But the death hoax broke trust and caused Connor to become mixed up. He didn’t know where to turn for help after Adam left for Vegas, and also came to believe he was invincible, like his twice assumed dead father and recently presumed dead grandfather. So, Connor leaped from the top of a jungle gym and thankfully only broke his arm.

Who knows what Connor would have done if Nick hadn’t made the trip to Nevada to retrieve Adam. But Morrow’s character did and just as Adam was about to kick him out of his gambling themed suite, which came after he refused to go back to GC, Nick received Chelsea’s frantic phone call about Connor’s fall.

Adam knew Connor needed him, but didn’t expect Mackey’s character to ask to live at the penthouse. Chelsea’s perception about the facts on the ground caused her to agree without a challenge.

As soon as Connor forced that decision, his dad recognized a new pathway back to ‘Chadam’ had opened. Surely, this could have been part of Connor’s calculation, as many children want their parents to be together if they aren’t.

The Young and the Restless Rumor: Chelsea Goes Back To Her Old Ways – Simon Black Held Responsible? https://t.co/PmTHz0dC0V pic.twitter.com/k2QqGdMJl5

Young And The Restless Spoilers – Baby Steps Taken Before The Leap

Uncertainty exists in the back and front of Nick’s mind. He knows that his original and now revived relationship with Chelsea isn’t complete. Their not married, or even engaged. Chelsea is also Connor’s mother, which is truly where her heart lies.

She’s been drawn back to Adam before. Now, with Connor living at the penthouse, Chelsea’s contact with his father will often take place at the former Chadam’s home, as proved true on Halloween. Where current circumstances leave Nick going forward is anyone’s guess, including his own.