Days of Our Lives Rumor: Sarah’s Paternity Test, Eric Not the Father – But ‘Ericole’ Already Destroyed? 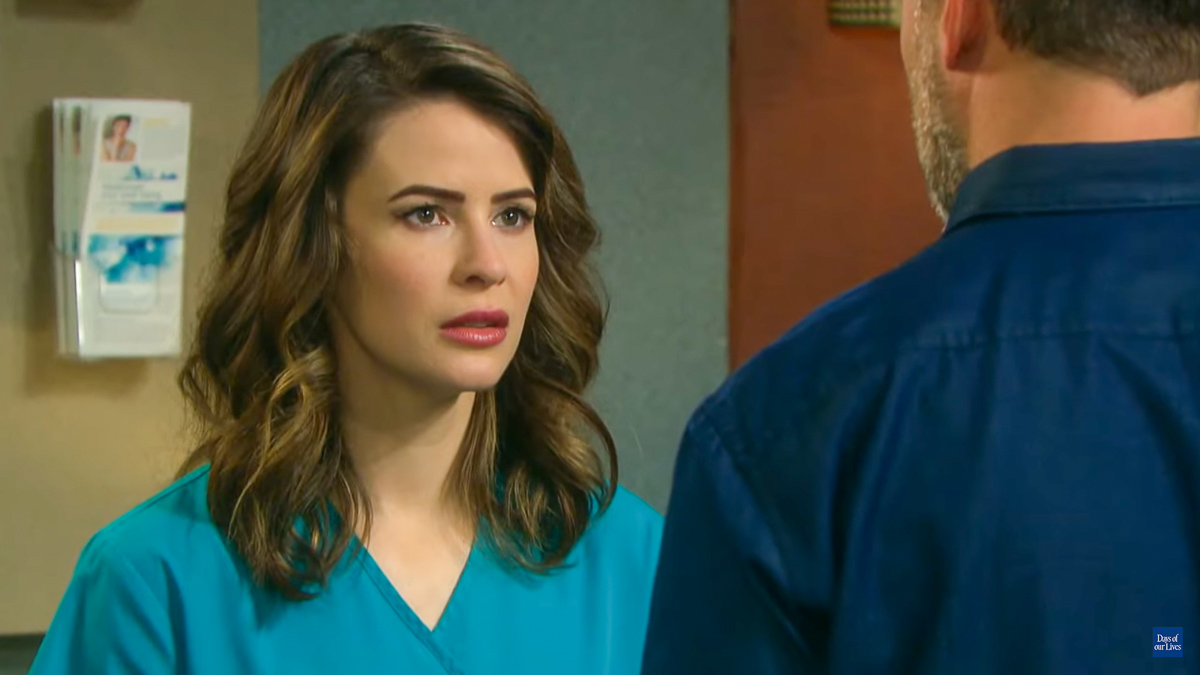 Days of Our Lives spoilers confirm that Eric Brady (Greg Vaughan) finds out about Sarah Horton’s (Linsey Godfrey) baby. The shocking information comes from Kristen DiMera (Stacy Haiduk). Fans are speculating on what happens next. Is it possible that a paternity test indicates that Eric is not the father? If so, what happens if “Ericole” has already broken up?

Sarah’s secret gets exposed by Kristen, although her reasons for exposing her aren’t clear yet. The doctor spent a lot of stress, time and energy in preventing Eric from finding out. However, don’t expect things to get easier for either character.

Fans speculate that there will be a lot more drama coming up. This not only includes Sarah and Eric, but Nicole as well. Remember, she was keeping Sarah’s secret after being pressured by Xander Cook (Paul Telfer), as well as Sarah.

There is a theory that Sarah will get a paternity test. Remember, Eric isn’t the only possible father. There is a chance that Rex Brady (Kyle Lowder) could be the daddy. All this time and energy spent on keeping a secret. Imagine the chaos when it turns out it wasn’t even necessary and that Rex was the father all along.

Days of Our Lives Spoilers: Julie Heartbroken For Eli – Lani Dumps Him At The Altar https://t.co/a7t179UlZZ pic.twitter.com/76Q0tARrYy

Days of Our Lives Spoilers – Future of ‘Ericole’

Some fans believe that a baby will naturally bring Eric and Sarah closer together. This might make Nicole Walker (Arianne Zucker) back out of the relationship. She knows that Eric’s dream has always been to have a family of his own. Nicole can’t provide that and she won’t want to stand in the way of his happiness.

Another theory is that Eric finds out that Nicole knew about the baby and didn’t say anything. It could be enough to destroy “Ericole.”

However, if Eric turns out not to be the father, then will writers end a fan-favorite relationship for no reason? Keep watching the NBC soap opera to see how this storyline develops in the next few weeks.

Be sure to tune in to catch up on everything happening on DOOL right now. Come back here often for Days of Our Lives spoilers, updates, news, and rumors