Days of Our Lives Spoilers: Eli Heartbroken After Being Dumped At Altar – Lani’s Relationship Over For Good? 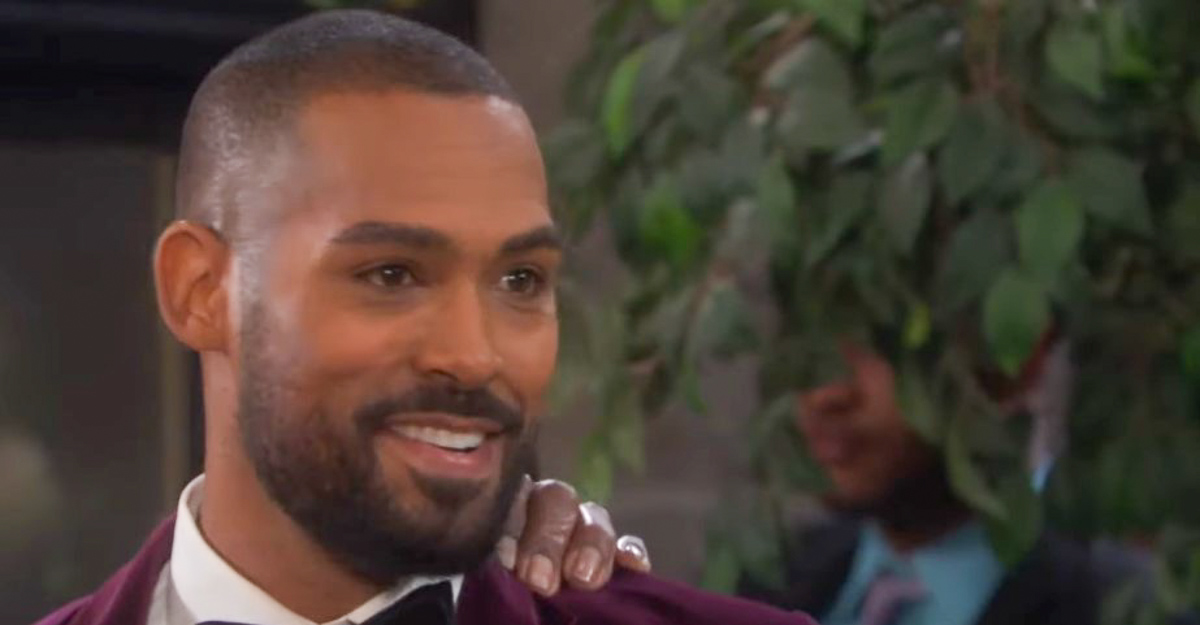 Days of Our Lives spoilers reveal Eli Grant (Lamon Archey) is trying to cope with being dumped at the altar. His heart is broken, but he doesn’t realize that it has to do with Gabi Hernandez DiMera (Camila Banus) threatening Lani Price (Sal Stowers). He ends up going to Julie Williams (Susan Seaforth Hayes) for advice.

DOOL spoilers reveal that Gabi has found a way to get revenge and destroy Lani’s happiness. Unfortunately, it leads to an innocent victim — Julie Williams, who just received Stefan DiMera’s (Brandon Barash) heart and a pacemaker.

If Lani doesn’t dump Eli at the altar, then Julie will be the one to suffer the consequences.

It is teased that Lani faces a difficult choice. She is getting ready to marry the man of her dreams. Eli and Lani have been looking forward to their wedding for weeks. However, when the big day arrives, Lani will have to break up with Eli in front of everyone.

If she doesn’t, then Gabi will interfere with the pacemaker, which could result in Julie’s death. Lani doesn’t want that on her conscious. So, she will sacrifice her own happiness in order to save the life of Eli’s grandmother.

Days of Our Lives spoilers indicate that Eli will be shocked when the altar dumping happens. Never in his wildest dreams did he think that Lani would drop him like a hot potato. However, that is what she does and while fans understand why, Eli doesn’t have a clue.

It is revealed that Julie is still in the hospital during the “Elani” wedding. Eli goes to his grandmother to tell her what happened at the huge affair. Naturally, Julie is stunned by the news and suspects that something isn’t right. Lani would never do something like that unless there was a good reason — or she was forced to.

Will Julie find out the truth behind Lani’s decision to break Eli’s heart? Will Gabi pay the price for her actions or will her DiMera name, money and power enable her to get away with attempted murder?