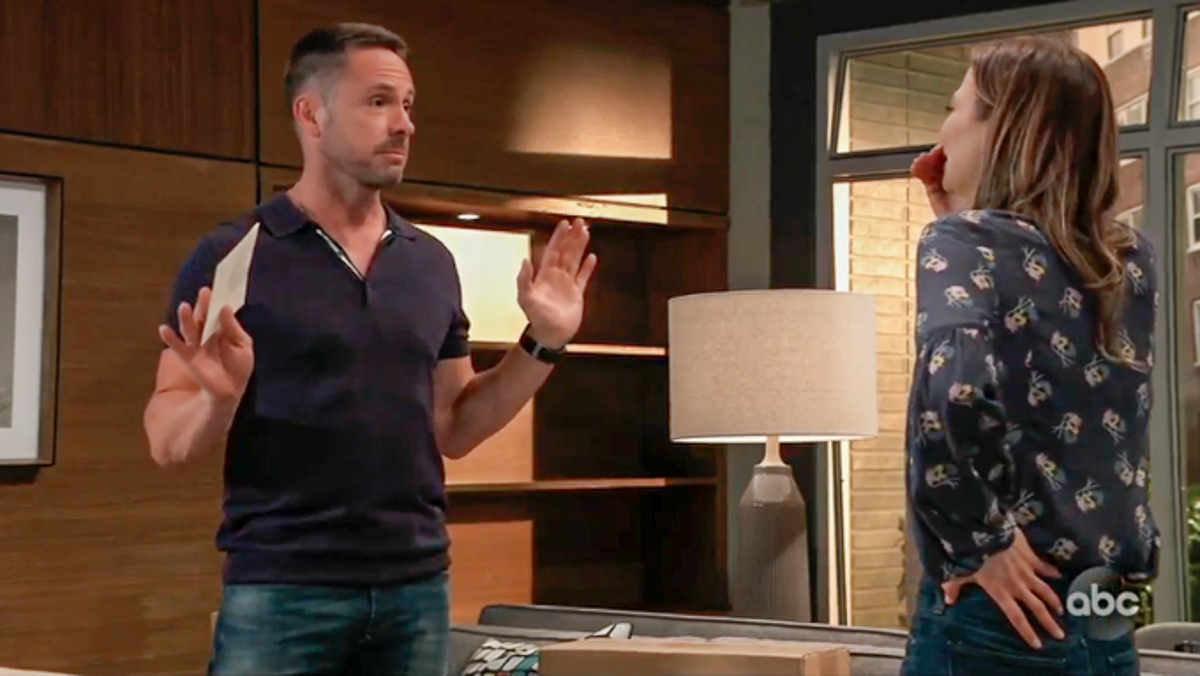 A couple of days prior to Julian heading over to General Hospital, Alexis Davis, (Nancy Lee Grahn) who has been in the hospital while Dr. Hamilton Finn (Michael Easton) tries to narrow down what she is ill with, takes a turn for the worse. It may be a serious enough situation that Julian may be concerned about his ex-wife. They remain good friends and look out for one another in spite of their divorce, and whatever she has, it’s much more serious than the flu. General Hospital viewers know that her illness is the result of a noxious substance that her personal trainer, Kendra Lennon (Michelle Argyris) mixed in with her nutritional supplement. Unknown to Alexis and her family and friends, Kendra is the older sister of Kiefer Bauer (Christian Alexander), Kristina Corinthos-Davis’ (Lexi Ainsworth) abusive high school boyfriend who Alexis accidentally ran over and killed as she was rushing Kristina to the General Hospital emergency room in her back seat, and Kendra has sworn revenge! Other General Hospital spoilers tease that Jason Morgan (Steve Burton) gets an alarming call the same day, so he could either be getting it about Alexis, since she is his significant other’s mother and Sam McCall (Kelly Monaco) is in Pentonville Prison awaiting her bench trial, or it’s possible Sam could be attacked and so both men may rush to the hospital with both mother and daughter possibly in dire straits!

GH Spoilers – It May Get Worse Before It Gets Better

Alexis’ condition may get worse before it gets better, as blood tests take time. Soap opera days are not calendar days, so it could take several days or even a week of real time for one day in soapy time to play out. GH viewers will recall the Port Charles Halloween took three days to play out on the air recently. It took close to three weeks for Sasha Gilmore’s (Sofia Mattsson) bird flu to be diagnosed and Finn to formulate a cure that would work on her, and it could be the same with Alexis’ situation. Many General Hospital viewers assumed that Kendra would use arsenic but it usually does not create a rash like on Alexis’ hands unless it was low dose for a long period of time.

However, as previously mentioned soapy time doesn’t always go by real time, and the period of time since she drank the drink that Kendra prepared for her at Charlie’s Pub. However, until Finn finds out what is causing Alexis’ symptoms, he will not be able to treat her successfully and like Sasha, she will get worse and worse and worse! If Alexis becomes critical or close to death, and Julian finds out, he will want to rush to the hospital before it’s too late!