‘The Young and the Restless’ Spoilers Spoilers: Chelsea Tries To Hide What She’s Been Doing 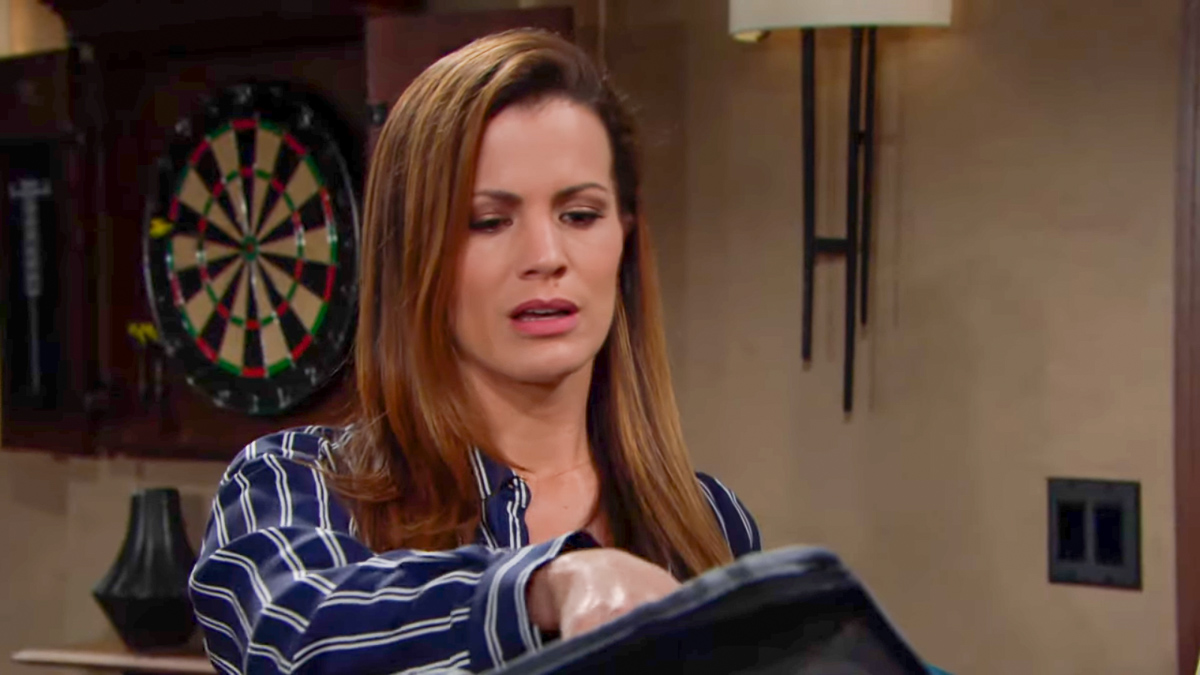 Chelsea Boudreau was confronted in Friday’s Y & R episode by Simon Black, (Jeffrey Vincent Parise) a dangerous individual who may be a loan shark who came looking for his last installment of money owed him by Chelsea’s late husband, Calvin Boudreau (John Burke). He threatens her in no uncertain terms that he expects payback of a sum of millions of dollars – the money that she just recently had Kevin Fisher (Greg Rikaart) launder for her! She contacted Kevin that she needs the money back immediately – but no dice! Kevin had to give her the terrible news that the bank he used was investigated and that all accounts had been frozen, so there was no way to withdraw the money – the Feds have it! She will get help from Kevin, and Chloe Mitchell (Elizabeth Hendrickson) as well to try to keep one step ahead of Simon, but for now, Simon unfortunately is the one who is one step ahead and a very dangerous individual!

Trying to protect herself from Simon Black and trying to get one step ahead of him is not Chelsea’s only problem; while Kevin will try to come up with a plan to stop Simon in his tracks which may or may not work, Chelsea has even more complications! She is associated with Nick Newman (Joshua Morrow) now in the public eye, since he has bowed to pressure to run for city council. She can’t go to Nick with this problem because she kept these funds and the money laundering from him in the first place, and if she tells him about it now, she is afraid that Nick won’t trust her anymore. Obviously, she will have to take matters into her own hands and she’s on a deadline; Simon has given her only forty-eight hours to come up with the millions of dollars that Calvin owed him, and Simon is not the type of guy that will be understanding that the money had been laundered and the bank account is not accessible due to a federal investigation!

Simon of course didn’t believe her when she tried to play innocent, because he already did his homework on the Widow Chelsea Boudreau and knows that her circumstances have improved vastly financially speaking since Calvin’s untimely passing, and notes how life can be so short – of course, implying Chelsea’s own life! In the meantime, Nick’s press conference is in process so there is no backing out for him and Chelsea has to protect his reputation, knowing that the life of anyone in a public political position of any kind is under scrutiny! She tries to get Abby Newman (Melissa Ordway) to buy out her part of the Grand Phoenix to pay Simon and get him out of the way, but Abby is too suspicious and there are way too many questions! Poor Chelsea is a nervous wreck!

The Young and the Restless
https://soaps.sheknows.com