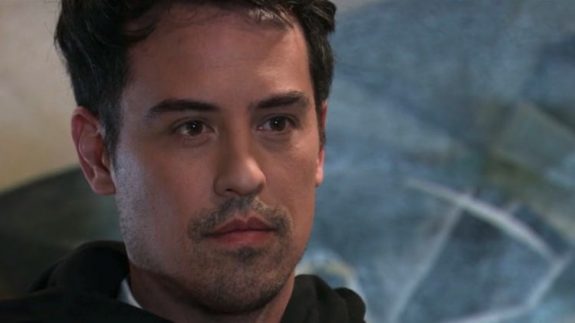 Nikolas Cassadine on “General Hospital,” was last seen back in 2016, when Nick Stabile took over the role from its originator Tyler Christopher. Fans thought that was the last time they’d see the character but they were proven wrong when he reappeared on screen on the show’s Thursday episode.

Viewers now know that Nikolas is alive and it seems that he’s the one who took Cassandra Pierce (Jessica Tuck) and is also Ava Jerome’s stalker.

He landed a recurring role as ‘Father Jonas Alcaraz’ on TNT’s Major Crimes. His other acting credits include “Lucifer,” “The Mentalist,” “Psycho Girlfriend,” “Lincoln Heights,” “Point Pleasant,” and “One Tree Hill.”

“General Hospital” did a good job in hiding the fact that they tapped Coloma to play the role of Nikolas. Given how easy it is for anything to get leaked online, the show managed to surprise the viewers when it was revealed that he was the man behind the mask.

Finally, Coloma could break his silence and could finally comment on how it feels to be part of the show. He was eager to share some photos on Instagram and also thanked all the fans for their warm welcome.

“Thank you for the welcoming comments, GH watchers,” Coloma said. “I’m excited to be a part of @generalhospitalabc…”

The actor also uploaded a pic of an article confirming his debut on the show. It was captioned, “Excited to finally be able to [tell you] all about this, last one for the night…”

Please help us welcome @marcuscoloma to the cast of General Hospital! Nikolas Cassadine is back and he's got a lot in store for Port Charles. #GH pic.twitter.com/5osGAi0r4D

Things won’t go well for Brad Cooper (Parry Shen) next week on “General Hospital.” Viewers may recall his father in law, Julian Jerome (William DeVry) is doing whatever he can to cause trouble between Brad and Lucas Jones (Ryan Carnes).

He set Brad up to receive a risqué photo that will cause tension between him and Lucas. Brad denies that he knows the sender but Lucas will ask him to text the sender of the photo to prove it. Julian will be prepared for this and insist that Brad knows who it is. Julian will manipulate the events and will make it look like Brad is cheating on Lucas.