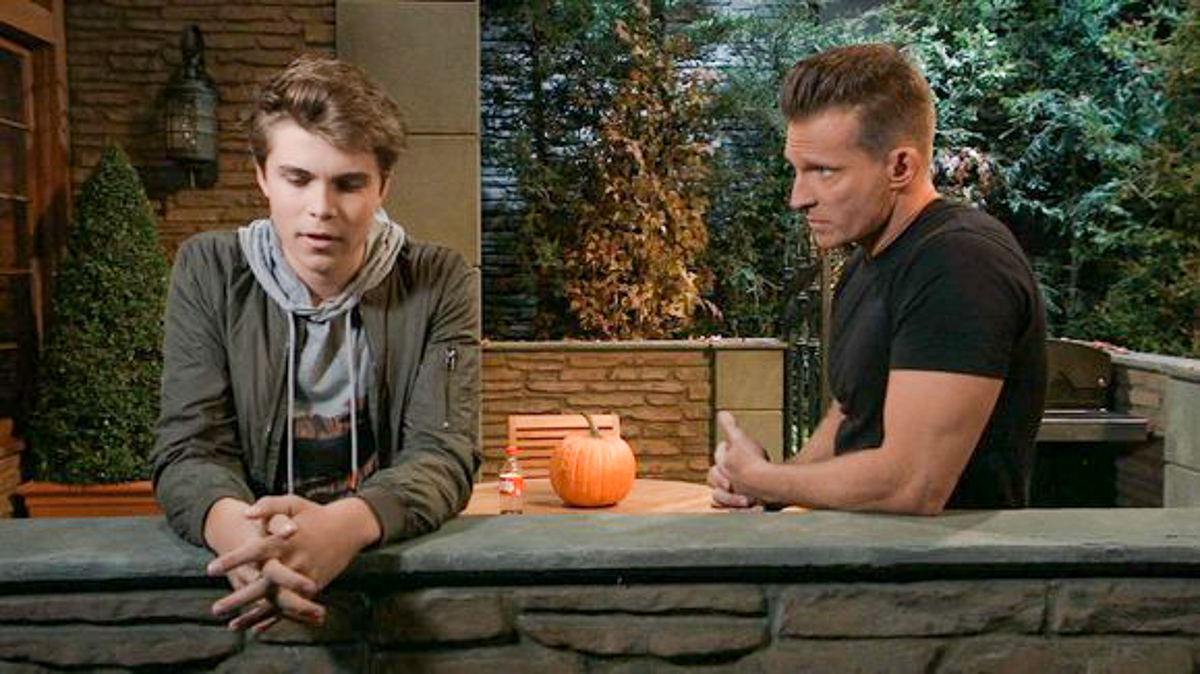 General Hospital (GH) spoilers tease The Port Charles High School Halloween dance may just be the beginning of a huge problem for Cameron Webber (William Upton). Cam has been through a lot these past few months, more than most adults would have to deal with. His best friend, Oscar Nero Quartermaine (Garren Stitt) died earlier this past year from a brain tumor. Later on. Cameron was kidnapped at gunpoint by Shiloh Archer (Coby Ryan McLaughlin). Shiloh had intended to have Drew Cain’s pre-2012 memories implanted into the young man, but he was saved at the last minutes by his step-father, Franco Baldwin (Roger Howarth), who sacrificed himself so Cameron would be ok.

Cameron blames himself for Franco’s current mental state, and his testimony at Franco’s hearing wasn’t enough to convince the judge that Franco should be forced to have the memory mapping procedure reversed. Cam sees the pain his mother, Elizabeth Webber, is suffering through and he can’t help but blame himself. So while at the Corinthos house, Cam put alcohol in his soda bottle, and went to the Halloween Party. And while there is a good chance Cameron will be caught with the alcohol at the dance, will he continue to drink as a coping mechanism?

If Cam continues to drink to deal with his pain, it will likely bring nothing but trouble for the teenager in the coming weeks. His schoolwork would be one of the first things impacted, and that would be bad enough, but Cam is often tasked with watching his two younger brothers. If something were to happen to one of them while Cameron was drunk, it could lead to horrible tragedy. Even if it doesn’t go that far, Cam has already been in trouble with the courts for buying pot. He did so to help ease Oscar’s pain while he was undergoing treatment for his brain tumor. But Cameron still received a fairly harsh sentence, and even had to do community service for an extended period of time.

If caught, Cam would wind up separated from his family and friends in Juvenile Detention. Hopefully, stealing the alcohol for the Halloween Dance was a one time thing, but there is a chance it could lead to further alcohol use for the teenager. What do you think? Is Cam just blowing off steam for the Halloween Dance? Or will he continue to drink to ease his pain? Only time will tell, but you can watch General Hospital weekdays on ABC. And check back right here regularly for all your General Hospital news, information and spoilers!