Days of Our Lives Spoilers: Jennifer Doesn’t Wake Up, Hope Brady Is In The Hot Seat! 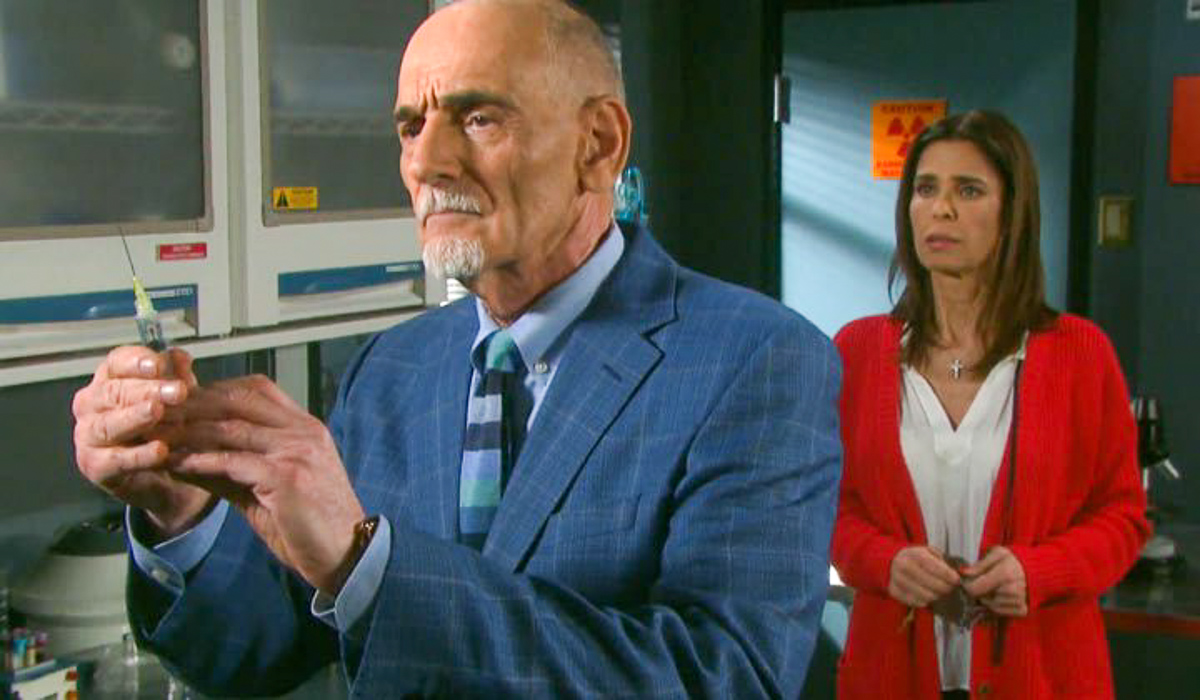 After Jennifer’s fall, Hope is questioned about the incident. However, what others don’t know is that she isn’t Hope, but Princess Gina. Fans know exactly what happens when Princess Gina decides to get back Dr. Rolf’s (William Utay) flash drive. However, she doesn’t want the rest of Salem knowing the truth about her identity, at least not yet.

Days of Our Lives Spoilers For Week of November 4 – 8: Three Weddings And A Funeral? – Jennifer Raced To Hospital – Sarah Gets A Warning

Days of Our Lives spoilers from Matthew Ashford in the latest issue of Soap Opera Digest reveal that John gives Jack some advice. He recalls when Marlena Evans (Deidre Hall) fell into a coma on their wedding day. He gives Jack some “hourglass” advice to help him cope with the situation.

“John tells him he had this hourglass that he flipped over as many times as he had to [until Marlena woke up]. He takes it [the hourglass] as maybe a good luck charm and a way to cope.”

After being told that Jennifer has fallen into a coma, Jack is devastated. He just found his memories and just found Jennifer again. They are beginning a new chapter in their lives together. Now, tragedy strikes at the wedding reception. He doesn’t know what is going to happen or if Jennifer will ever wake up.

However, he isn’t going to give up on the woman he loves. He also suspects that there is more to the story than just a fall. This leads him and his son, JJ Deveraux (Casey Moss) to investigate.

Days of Our Lives #DOOL Spoilers: Xander and Brady Have Tense Confrontation – Sarah Struggles with Secret Being Revealed @celebratesoaps https://t.co/oAkwXlp1rh

DOOL spoilers indicate that Jennifer will remain comatose as the show begins the time jump. That means she will be in a coma for at least one year. What will happen when she wakes up? Will she remember what happened with Princess Gina? Will there be any consequences for her actions? Keep watching the NBC soap opera to find out how this storyline ends.