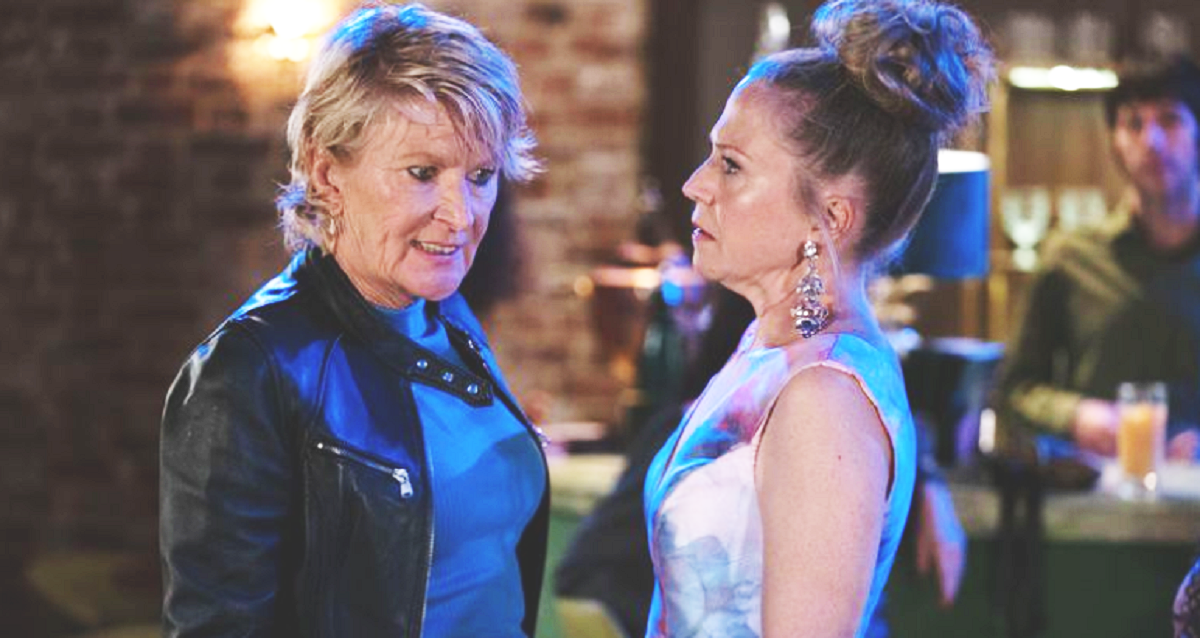 On “EastEnders,” Linda Carter’s (Kellie Bright) reaction will shock everyone when her mother-in-law, Shirley Carter (Linda Henry) comes face to face with her nemesis Shelley (Maria Louis). Viewers have to stay tuned to find out whose side she’ll take.

Over the summer, fans may remember that Shirley lost her cool with Shelly after and punched her after she made rude remarks about her grandson Ollie Carter (Harry Farr). Linda will try to make amends with Shelley but it seems like she’ll wind up facing more trouble when Shirley’s past actions come back to haunt her.

Shirley’s sister, Tina Carter (Luisa Bradshaw-White) will soon realize that Shirley shouldn’t have crossed Shelley after finding out that Ollie and Shelley’s son go to the same school. She’ll immediately be concerned when she sees Shelley on the school premises and immediately relays this to Linda. She tries to convince her to confront Linda but is left baffled by the latter’s reaction.

Linda plans a night out at the E20, hoping to keep Shelley on side. However, it seems like things won’t be going as planned after she realizes that Shirley’s attending the party, too.

Tina tries to keep Shirley away but Shirley arrives at the E20. Upon her arrival, she spots Shelley and immediately gives her a piece of her mind. As tensions rise, Linda will do something that will shock everyone and viewers have to wait and see who she sides with.

Will Linda betray her mother-in-law and support Shelley just to make sure that her son gets an easier time at school? If she stands for her newfound friend, she might end up regretting her actions when Mick Carter (Danny Dryer) turns his back on her for betraying his mother. With the new dilemma that Linda’s about to face, her alcoholism could worsen.

EastEnders Spoilers – More Trouble Looks To Be Brewing For The Carters

The Carter’s eldest son Lee Carter (Danny-Boy Hatchard) will return after being last seen on screen two years ago. The actor said it makes sense for his character to return given all the things that his family is going through right now.

“I will always be loyal to the Carter clan and the show, and am very excited to be back on set with some immensely talented people whom I love dearly,” he said.