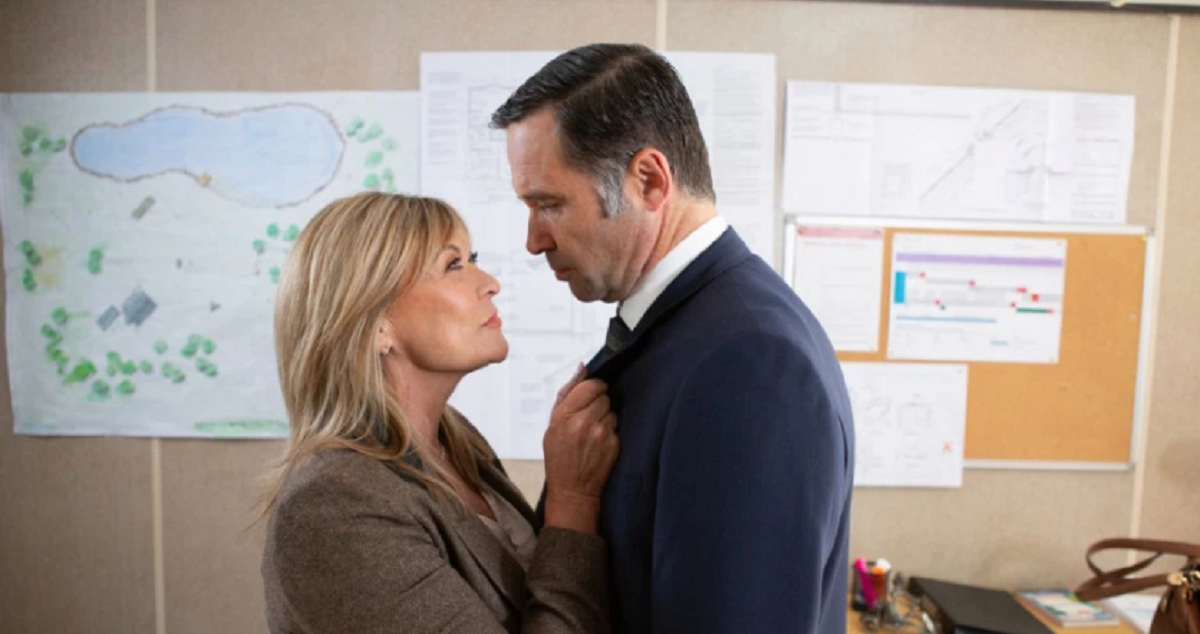 This week on “Emmerdale,” Kim Tate (Claire King) still wants to keep Graham Foster (Andrew Scarborough) as his right-hand man even after the latter rejected her. Kim still makes the surprising decision even though the latter made it clear that their casual relationships was over.

Graham is now with Rhona Goskirk (Zoe Henry) and their budding romance shocked the entire village. He’s all set to start a new life and will move his things out of Home Farm, believing that after what he said Kim will no longer want him anywhere near her.

But he thought wrong. Kim confronts Graham and tells him to keep his job. Although their personal relationship has been shattered, Kim admitted she needs him because he’s the only person she can rely on.

However, that’s not the only surprise Kim has in store for Graham. Thinking that everything will go back to normal after what Kim said, Graham will be shocked to find out that Kim ordered a company reshuffle. What does Kim have in store for Graham? Why is will she keep him even though she thinks he can no longer be trusted?

Meanwhile, Andrea Tate (Anna Nightingale) talks to Graham and makes him promise that he will keep Millie’s (Willow Bell) uncertain paternity a secret.

Graham Foster was introduced in the show back in 2017. He was revealed to have been involved in the death of his family while drunk driving. It also seems like he’s the father of Millie with Andrea Tate (Anna Nightingale).

Andrew Scarborough is reportedly leaving “Emmerdale” two years after his on-screen debut as Graham. The actor is scheduled to shoot his final scenes in the next few weeks in a storyline that’s currently being kept under wraps. Given his ongoing feud with Kim, it’s likely that his exit storyline will have something to do with his boss.

“Andrew’s been a great addition to the cast and has been involved in some of Emmerdale’s biggest storylines since he arrived in the village in 2017,” according to an insider. “So he was never going to leave in the back of a taxi. His exit will be huge and will kick start a drama filled and action packed year in the Dales.”