General Hospital Spoilers: Lucas Pulls The Plug On Brad – Furious Over His Betrayal 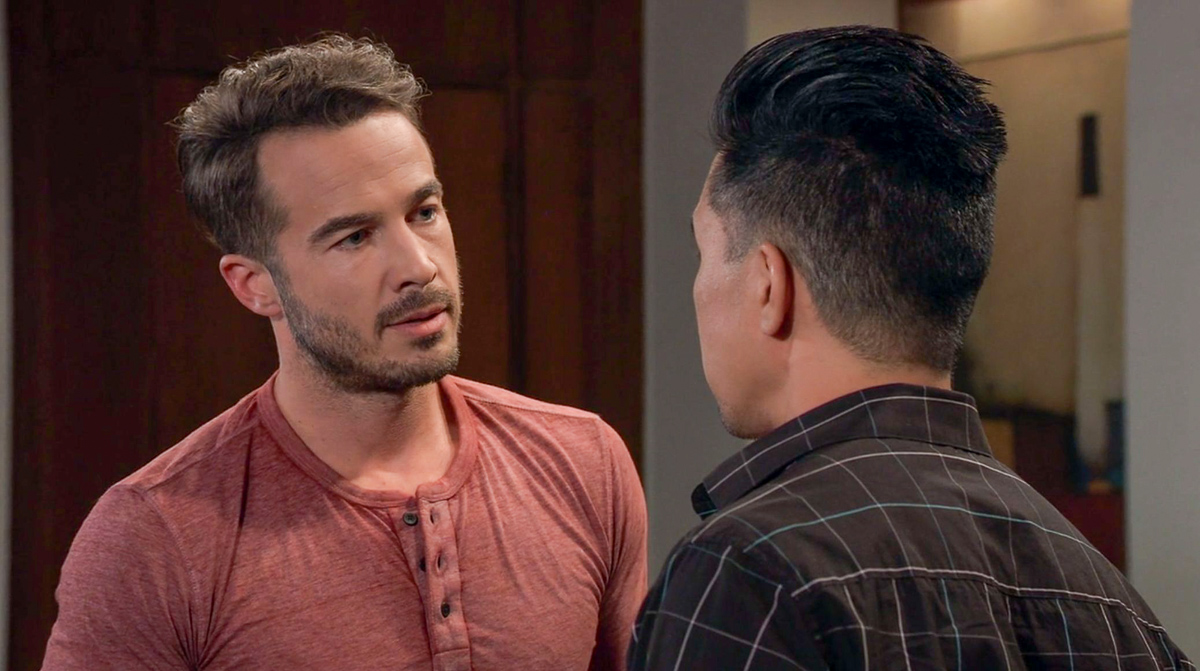 General Hospital spoilers tease that things aren’t looking very good between Lucas Jones (Ryan Carnes) and Brad Cooper (Parry Shen). As a matter of fact, there’s a very good chance that Lucas might end up pulling the plug on their marriage. That’s because Lucas believes that Brad is cheating on him behind his back. And believe it or not, the person who has planted the seed of doubt is none other than Lucas’ father Julian Jerome (William DeVry). Here’s what you need to know.

General Hospital Spoilers: All About Brad’s Web Of Lies

Little does Lucas know that Brad has been keeping a rather major secret from him this entire time. That’s because he’s failed to tell his partner that the child they adopted actually belongs to Nelle Benson (Chloe Lanier). And now – thanks mostly in part to Julian – Lucas thinks that Brad is having an affair after he finds what looks like evidence on his cell phone!

Ryan Carnes, who plays Lucas on the hit ABC soap, puts it this way to Soaps in Depth in an interview, “Lucas sees it on his phone and says, ‘Are you cheating on me?’ One plus one equals two a lot of times. Not always, and apparently not in this case but it isn’t far of a leap for Lucas to make.”

What’s more, it appears as though Brad is caught off guard. But then again, this isn’t anything new. Brad is often caught off guard whenever he is confronted with one of his lies, which makes things all the more difficult for Lucas. Ryan adds, “So I think that Lucas’ think is like, ‘Okay, I want to believe you because I love you and you are the father of our son, but this is just getting a little bit too crazy.’ Lucas feels like he has put up with an awful lost, but infidelity is something that Lucas isn’t going to tolerate.”

In other words, this is something that could easily break the straw on the camel’s back! Needless to say, fans will have to tune in to see if Julian’s dirty work will be uncovered or if Ryan will indeed divorce Brad!