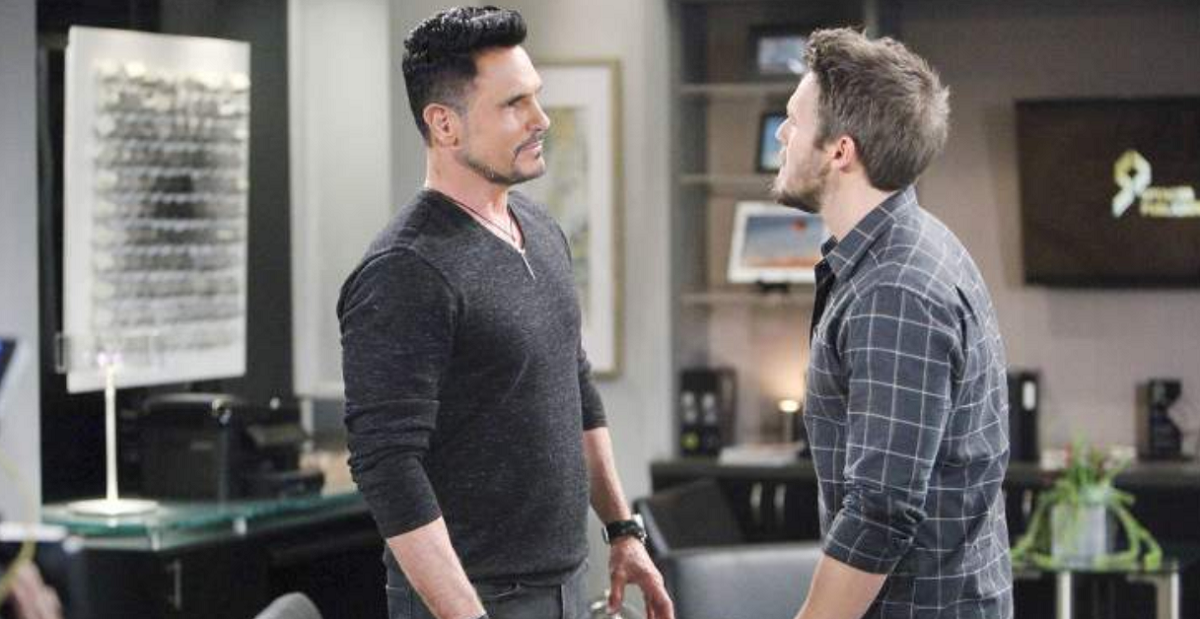 The Bold and the Beautiful spoilers for Tuesday, November 5, tease that Bill Spencer (Don Diamont) will make a big pitch. As B&B viewers know, his son Liam Spencer (Scott Clifton) once worked with him at Spencer Publications. But then some big events occurred, and Liam ended up leaving Spencer and becoming estranged from his father. Specifically, Bill slept with Steffy Forrester (Jacqueline MacInnes Wood), then became obsessed with her and manipulated things so that Liam and Steffy wouldn’t get back together. It was a real mess.

As B&B viewers know, for a long time Bill and Liam were estranged and weren’t even on speaking terms. But slowly, time has healed their wounds and they have ended up becoming closer again. When Beth Spencer (River Davidson and Madeline Valdez) was returned to Liam and Hope Logan (Annika Noelle), Liam allowed Bill to come visit and the two men seemed o be on much better terms, which was great.

Well, on Tuesday’s episode of B&B, Bill will approach Liam with a big offer. He’ll want Liam to come back into the family and to Spencer Publications. As B&B viewers know, Steffy and Liam recently talked about Bill, and Liam indicated that Bill had been dropping hints about him coming back to work for the family company.

But apparently on Tuesday’s episode, Bill will formally invite Liam back to Spencer. Bill will probably point out that this is Liam’s birthright, and that he needs to be part of the family company along with Wyatt Spencer (Darin Brooks).

Next, on Tuesday’s new episode of B&B, Zoe Buckingham (Kiara Barnes) will take a risk. As B&B viewers know, she’s been living in the apartment of Thomas Forrester’s (Matthew Atkinson) friend Vinny Walker (Joe LoCicero). Knowing that Zoe needed a place to stay, Thomas offered her Vinny’s place, which worked out well since Vinny has been away visiting his girlfriend.

Bold And The Beautiful Spoilers – The Start Of A Blossoming Relationship?

Well, on Tuesday, Zoe and Thomas will reconnect. Thomas previously told Zoe that she was part of his big plan to reclaim his rightful position at Forrester Creations. He told Zoe that he had been designing and that he was creating fashion with Zoe in mind. She’s been his muse and his inspiration, and Thomas also pointed out how attractive Zoe was. There certainly seemed to be a spark between the two.

According to B&B spoilers, Zoe will take a risk and kiss Thomas, so it looks like at least she will feel some sparks between them. We’ll see if Thomas kisses back, and what ends up happening between these two, but it’s always possible that we could be looking at the start of a blossoming relationship between them. They would certainly each gain something in a relationship – Zoe could get back in at Forrester, and Thomas could gain a permanent muse for his designs.