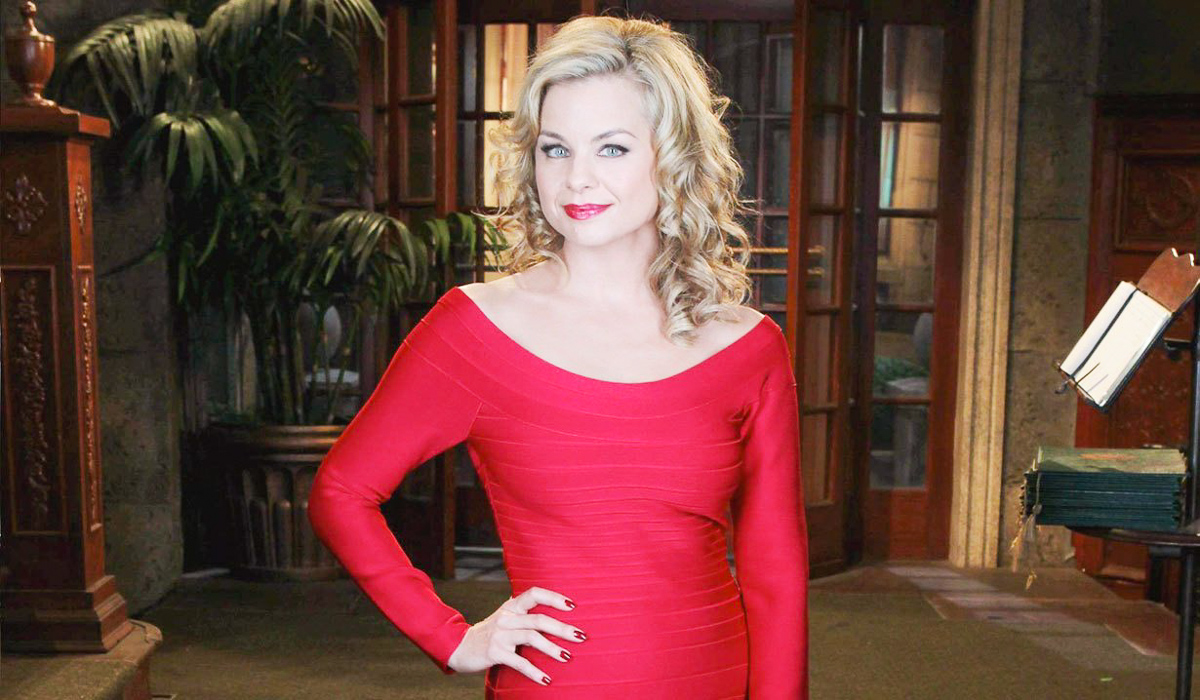 Also known as Avery Bailey Clark on “The Young and the Restless,” Jessica Collins has landed a gig on Dolly Parton’s “Heartstrings.” The news that news that she’s joining the show first made the headlines back in February. She’ll appear on the episode called “Cracker Jack” together with Tammy Lynn Michaels and Dolly Parton, The upcoming Netflix anothology series, where Collins will play the role of Monica, is set to premiere on November 22.

“Beyond grateful and so proud of this project. Thank you, beautiful Dolly and my whole HEARTSTRINGS family. I’ve been floating ever since you welcomed me into your kind and talented world,” she said.

Collins is not the only “The Young and the Restless” alum who’s joined the cast of “Heartstrings.” Scott Reeves will also appear in the “Jolene” episode opposite Julianne Hough.

On “Heartstrings,” Dolly Parton will start off each episode with an introduction or a song that explains the meaning behind every song. She’ll also be seen in some episodes. Each story will have a different story and cast. They are all based on her songs, which range from comedy to drama to romance.

Collins got her first daytime gig on the ABC sudser “Loving” as Dinah Lee Mayberry from 1991 to 1994. She then moved to primetime and film, which helped propel her to success. In 2011, she returned to soap operas and took on the role of Avery Bailey Clark on “The Young and The Restless,” where she earned a Daytime Emmy Award nomination for Outstanding Actress in 2013. She received the same nomination back in 2015, but that time she managed to bring home the trophy. She left the soap in 2015 and guest starred on various other TV shows like “9-1-1” and “Grey’s Anatomy.”

Collins also received nominations for Soap Opera Digest Award for Hottest Female and for Outstanding Younger Lead Actress for her role on “Loving.”