The Young and the Restless Promo: Kyle Struggles With Theo Being Part of the Family, Simon Threatens Chelsea 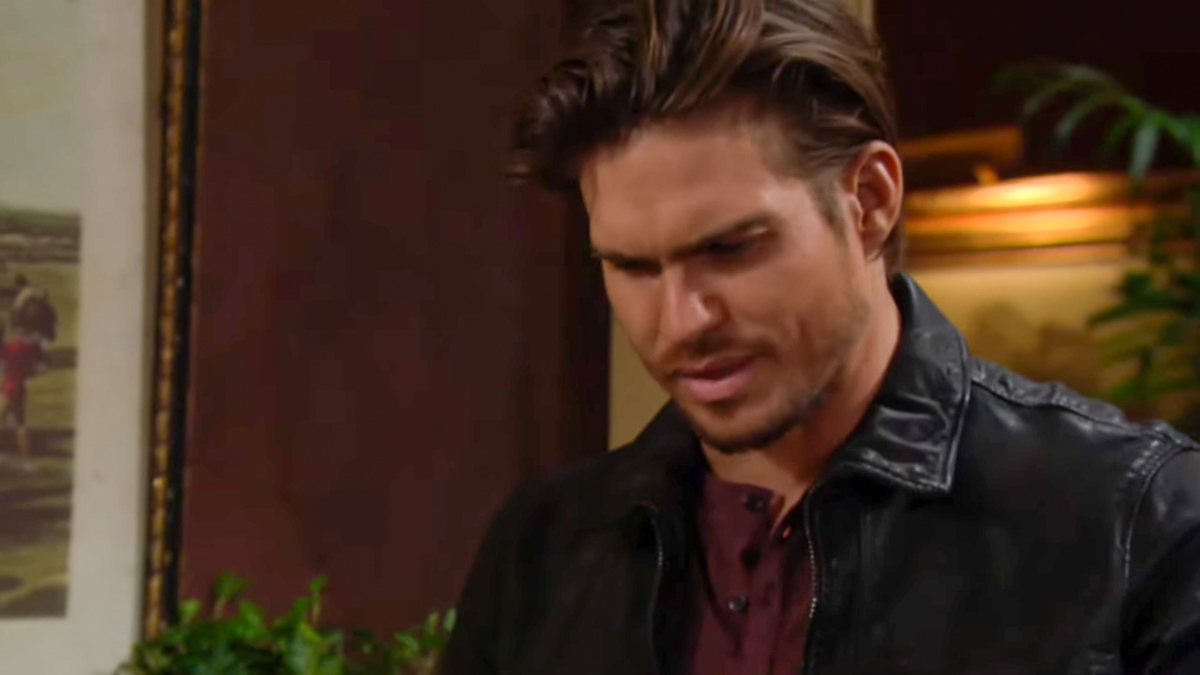 The Young and the Restless promo for the week of November 4th thru November 8th indicates that Kyle Abbott (Michael Mealor) will struggle with the news that Theo Vanderway (Tyler Johnson) is his cousin, meanwhile Simon Black (Jeffrey Vincent Parise) threatens Chelsea Lawson (Melissa Claire Egan).

Young & The Restless Spoilers – The results are in

After learning that his mother Dina Mergeron (Marla Adams) had a secret love child that she gave up for adoption, Jack Abbott (Peter Bergman) set out to find his half-brother. He learned the baby’s new name was Eric Vanderway, who happens to be Theo’s father. When Jack told Theo the news, he agreed to take a DNA test. Now, the results are in.

When the news breaks that Theo is related to the Abbotts, Jack and his sisters will want to welcome him into the family. Theo is going to be excited about his new family and being close to his former best friend Kyle.

Speaking of Kyle, he’s not going to be happy wit the news and have a hard time adjusting to Theo being his cousin. Lola Rosales (Sasha Calle) has been one of Theo’s supporters and believes he can change. She’s trying to get her husband to give Theo a chance, but Kyle refuses. He says he’s not going to put on a smile and welcome Theo into the family.

While Kyle’s worried about Theo worming his way into the family, he may also have to worry about Theo working at Jabot. Theo is out of a job and odds are Jack will offer him a position at Jabot. With Theo possibly working at Jabot, Kyle’s going to be on alert. Even Billy Abbott (Jason Thompson) issues Kyle a warning by saying he thinks Theo’s a threat.

Last week, Simon arrived in Genoa City and informed Chelsea that her deceased husband Calvin Boudreaux (John Burke) owed him money. He tells Chelsea he wants his money back, but there’s a problem. Chelsea’s inheritance from Calvin is now gone because the government seized it.

Time is running out for Chelsea and Simon is losing patience. He shows Chelsea a photo of her son Connor Newman (Judah Mackey) and says he will do the unthinkable if she doesn’t give him his money.

The Young and the Restless Poll: Will Chelsea Stay With Nick Or Return To Adam? https://t.co/Y2iMv4vSu1 pic.twitter.com/LGwRZhnvW7

Simon’s threat against Connor has Chelsea fired up and in protective mom mode. She’s seen talking with a mystery person about Simon’s threat and that it’s time Simon burns.

So who will Chelsea turn to for help? Could it be Kevin Fisher (Greg Rikaart) who helped with her money laundering scheme?

She could also seek her boyfriend Nick Newman’s (Joshua Morrow) help. Yet, with him running for councilman, she probably wants to keep this secret hush-hush.

The other person she could turn to is her ex Adam Newman (Mark Grossman). The show has been hinting at a Chadam reunion. Having the couple team up to protect their son and get rid of Simon could bring them back together.