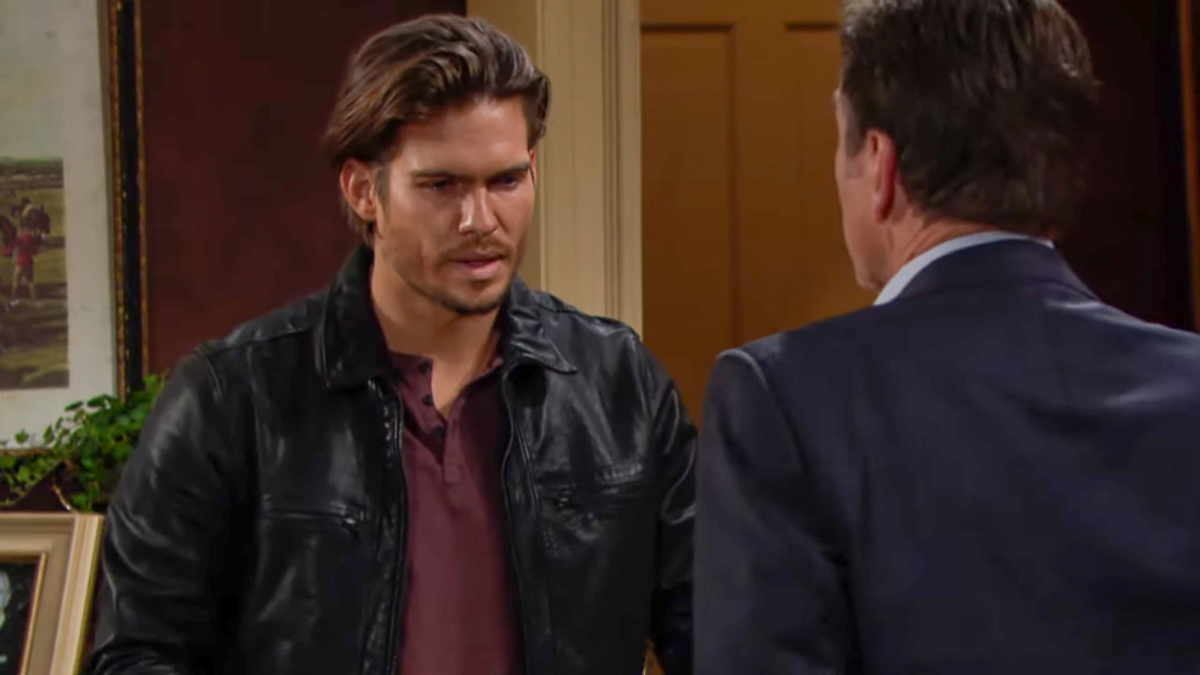 Jack will explain to Theo that Dina has Alzheimers’ Disease and may or may not be lucid or be able to give him very many answers about his father, who died when he was in high school. He knows what he did for a living and knew him up until he died, and possibly knew some things that Eric Vanderway (Jon Briddell) told him about when he was a child and was growing up. But one thing that he knows for sure is that his dad would have wanted him to be able to meet his grandmother. Eric himself may or may not have ever been told that he was adopted, but Theo feels sure that if he were alive and were told, he would want to meet his birth mother and get to know her, and would want Theo to as well, so Jack goes to the memory care home and fetches her.

Soon, Jack has Dina back at the Abbott house, sipping some of her favorite tea, and Theo sits down by her on the couch. Jack introduces them, telling Dina that the younger man’s name is Theo Vanderway. Dina gets emotional, and wistfully says, “Vanderway?” Then she asks Theo if his name is Eric! Theo plays along and says yes. Of course, as any mother who possibly regrets having given away a child for adoption would want to know, she asks him about his adoptive parents and if they are good to him and if they love him. Theo tells her, yes, they love him very much and have always been very good to him, probably remembering his as it turns out, adoptive grandparents. Dina tells him she wishes – something – but she is tired out from the visit and so Jack takes her home, after reminding her who he is, namely her other son. It is common for Alzheimers’ patients to tire easily, and their short-term memory to fail more when they are tired.

Theo proves that there is more to him than party boy by the way he treats his elderly birth grandmother, and especially how he played along as his father when she asked him if he was Eric. Jack is impressed, and by the way Dina responded, there will likely be more visits. It sounded like Dina started to tell him she wished she hadn’t given her baby boy up for adoption, but at least now she and her grandson – even if she does think he’s her son – can get to know each other.