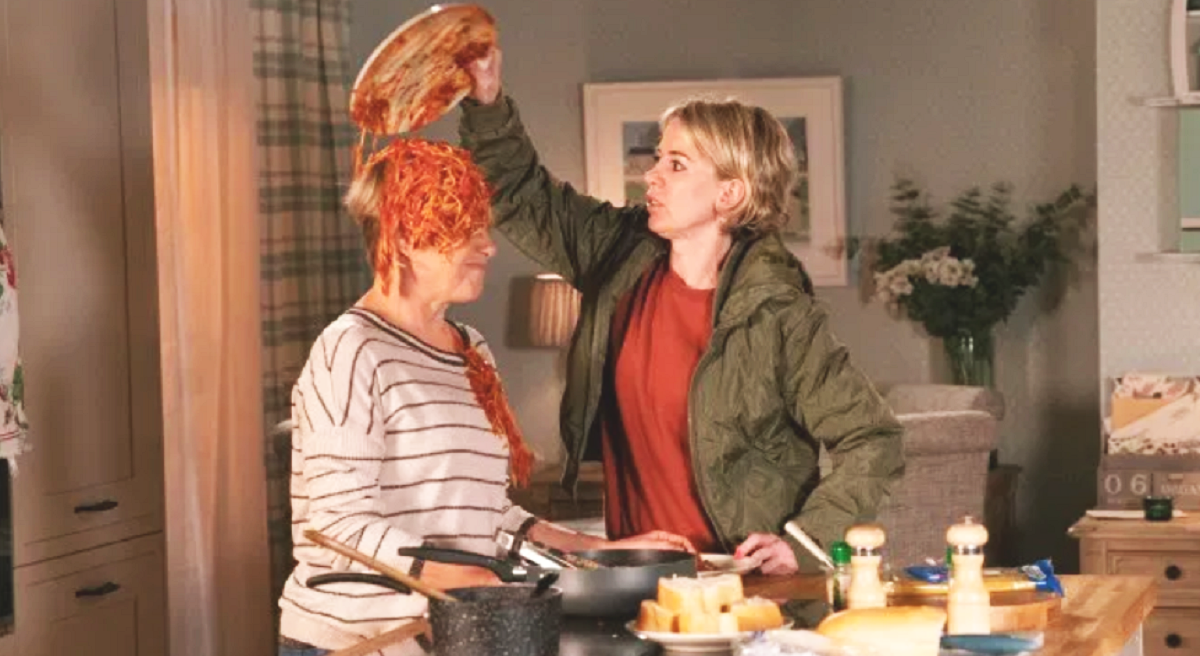 By now you would think that these two women would see that Kevin is no prince charming, but apparently that’s not the case at all.

In fact, even though Sally and Kev have spent most of their marriage breaking each other’s hearts as they just can’t get enough of one another, despite the fact that they can’t stay committed! Here’s what you need to know.

Kevin just hasn’t been the same since the death of his beloved aunt, but that’s mostly because he is too busy counting all of the money that he has inherited from her while grieving at the same time, too.

Because Kevin doesn’t really think things through, he ended up going on a date soon after the funeral but the problem was that the person was more interested in his bank account than in him.

Needless to say, Sally thinks that Abi might be only interested in his money than in Kevin. As many Coronation Street fans know, Sally and Abi got to know one another after Abi defended her in prison. Afterwards, Sally helped her get back on her feet and even encouraged her to go back to school. And while Abi might be on the right path again, she’s still spending her weeknights getting drunk with Kevin, much to Sally’s dismay.

Coronation Street Spoilers – Sally Metcalfe Picks Up On Chemistry Between Them

Coronation Street spoilers tease that Sally will pick up on the chemistry between Kevin and Abi and needless to say, she won’t be too pleased about it.

MONDAY AT 7.30 & 8.30PM – When Maria agrees to meet a despondent Ali in Victoria Gardens, will he come clean to her about his problems?#Corrie #Ali #Maria pic.twitter.com/TEnMyPIxdB

It won’t take very long for Sally to point out to Abi that she’s only showing interest in him now that he’s rich. This will prompt Abi to throw a plate full of spaghetti right on top of Sally’s head!

Of course, it will be up to Kevin as far as who he wants to spend his time with. Fans will simply have to tune in to Coronation Street on the ITV network to find out what will happen next!