General Hospital Spoilers: Ava Finally Getting The Help She Needs – Ryan Is History! 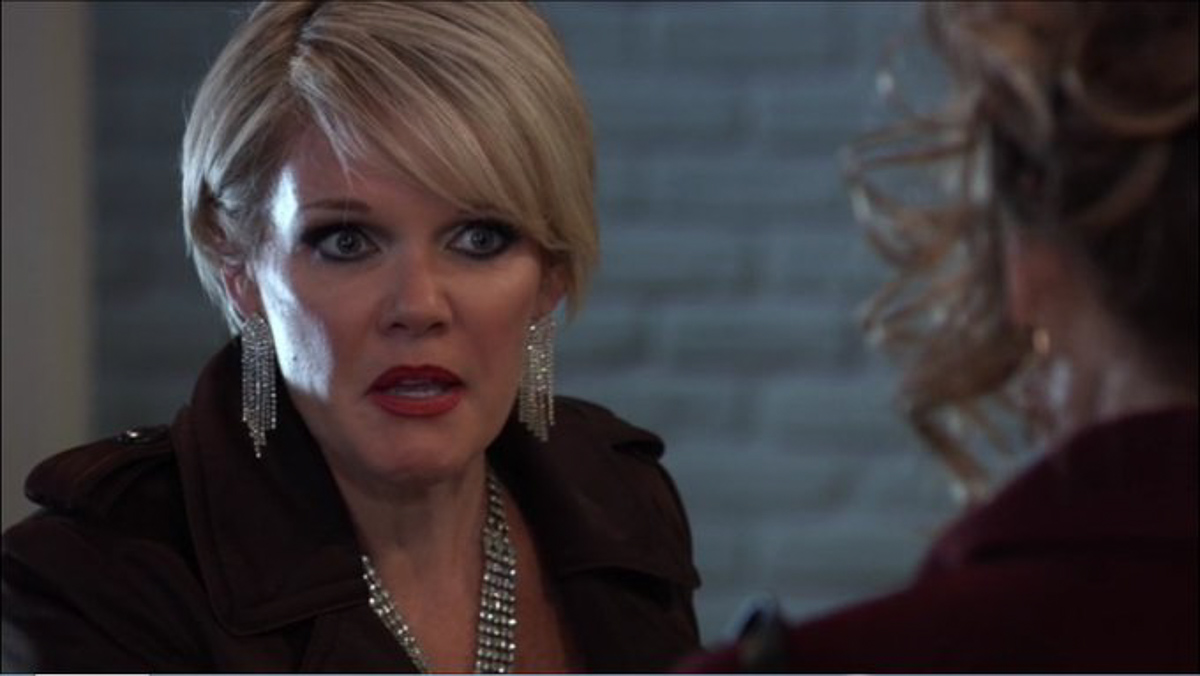 General Hospital (GH) spoilers tease that Ava Jerome (Maura West) is finally seeking help after the traumatic year she has had. Ironically, the inciting incident that convinced her get help was not a hallucination at all. Nikolas Cassadine (Marcus Coloma), long thought dead, revealed himself to Ava! She fainted, but when she woke up Nikolas was gone! Laura Collins (Genie Francis) showed up shortly thereafter and although she wanted to believe with all her heart that her son was alive, she convinced Ava that she needed to seek treatment.

Ryan Chamberlain (Jon Lindstrom) terrorized Ava last year. He murdered Ava’s daughter Kiki Jerome (Hayley Erin) and then made love to her while he was pretending to his twin brother, Kevin Collins (also Jon Lindstrom). He made Ava fall in love with him, and she had no idea she was actually sleeping with a serial killer. Ryan is so obsessed with Ava, that even though he is in prison, he has been haunting Ava ever since. She has increased her alcohol consumption to the point where she practically numbs herself every night!

Ava has started to show signs that she was improving. She reopened her gallery and became very interested in the Helena Cassadine (Constance Towers) portrait and she seemed genuinely excited about something again. But Ava has felt someone watching her and when she told this to both her brother Julian Jerome (William DeVry) and Laura, they worried that Ava was getting worse. Ava didn’t help matters by drinking so much. And then seeing Nikolas, they just assumed it was all in Ava’s head.

General Hospital Spoilers – But this do Ava Jerome some good

Regardless of what got Ava there, Ava’s hospitalization will ultimately help her. Without alcohol to use as a crutch, Ava should be able to do the work to start to become whole again. Look for Ava to emerge stronger than ever, finally able to escape the hold Ryan has on her. Of course, this will eventually get back to Ryan and cause more trouble down the road, but Nikolas’ arrival will ultimately be what saves Ava!

Will Ava’s hospitalization ultimately be what saves her, paving the way for her to eventually reunite with Nikolas? She’s going to have a rough time, but recovery takes time and work. Some emotional scenes are coming up on General Hosptial so make sure you watch every weekday on ABC. And be sure to check back here regularly for all your General Hospital news, information and spoilers!