General Hospital Spoilers: Lucas And Julian Hash Out Their Differences – Hope For Father And Son 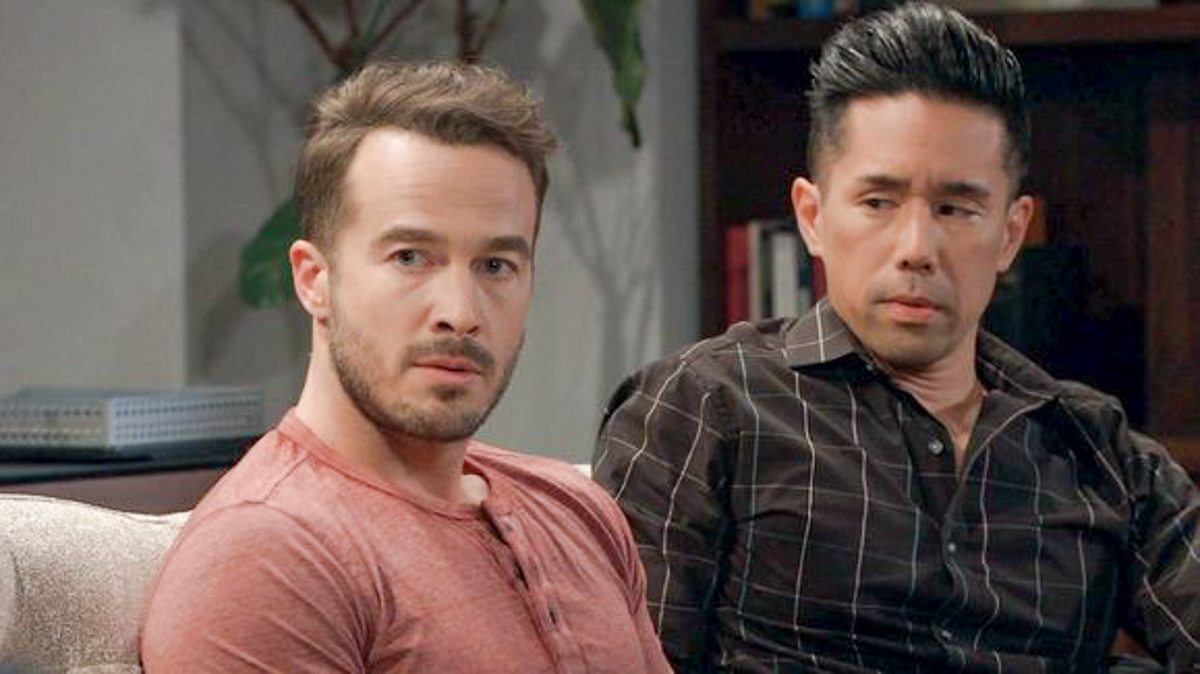 General Hospital spoilers tease that Lucas Jones (Ryan Carnes) and his birth father, Julian Jerome (William DeVry) will hash out their differences soon on an upcoming episode on General Hospital; but, it might get worse before it gets better!

As General Hospital viewers may know, the late Dr. Tony Jones (Brad Maule) is coming for a visit with his adoptive son, Dr. Lucas Jones (Ryan Carnes) in an upcoming General Hospital episode. At that point, Lucas will be upset with his husband, Brad Cooper (Parry Shen) and his birth father, Julian Jerome (William DeVry); neither of whom he feels he can trust!

Brad got flowers from an unknown person delivered to him at work, and then got a text on his phone with a nude photo, and then tried to prove he didn’t know who it was by texting back, and got a text back saying “You know who this is!” To top it off, Brad told him that Julian was setting Brad up to break he and Lucas up and that Julian was the one sending the mystery flowers and texts! Lucas will likely talk to “ghost dad” about all these issues. Julian may be going about things in the wrong way but Brad will tell him that Julian thinks he is a bad influence, and therefore wants him out of Lucas’ life. Tony might interject that for Julian to go to those kinds of lengths to protect Lucas shows that he loves him very much.

After this ghostly chat with his adoptive father, Lucas may start to think about how far he would go to protect Wiley Cooper-Jones (Erik and Theodore Olson) were he to become involved with someone that could hurt him or may be dangerous, even if Wiley was legal age at the time. Lucas would hope that he could teach Wiley to stay away from bad people, but he recognizes that love doesn’t always discriminate! Once he realizes Julian was messing with Brad and trying to make it look like he was having an affair was because he was so desperate to protect Lucas and Wiley from him!

Another thing that Lucas may think about is Julian’s mob past – and Brad’s. Brad also has a mob past – indirectly. Although he was adopted, Brad’s natural parents were members of the Wu Family, one of the five mob families. Julian’s mob activity is in the past, and he has proven that to Lucas, but Julian may remind him of Brad’s past and that the Wu Family could possibly be a problem. This could contribute to Julian’s concern as well.

Once Lucas realizes that however badly Julian went about his interference, he did it out of love, he will be willing to talk with him. They will hash out their differences and hopefully they will come to an understanding and a plan of action as well!