The Young and the Restless Spoilers: Sharon Won’t Give Rey The Commitment He Wants While Adam Only Committed To Himself 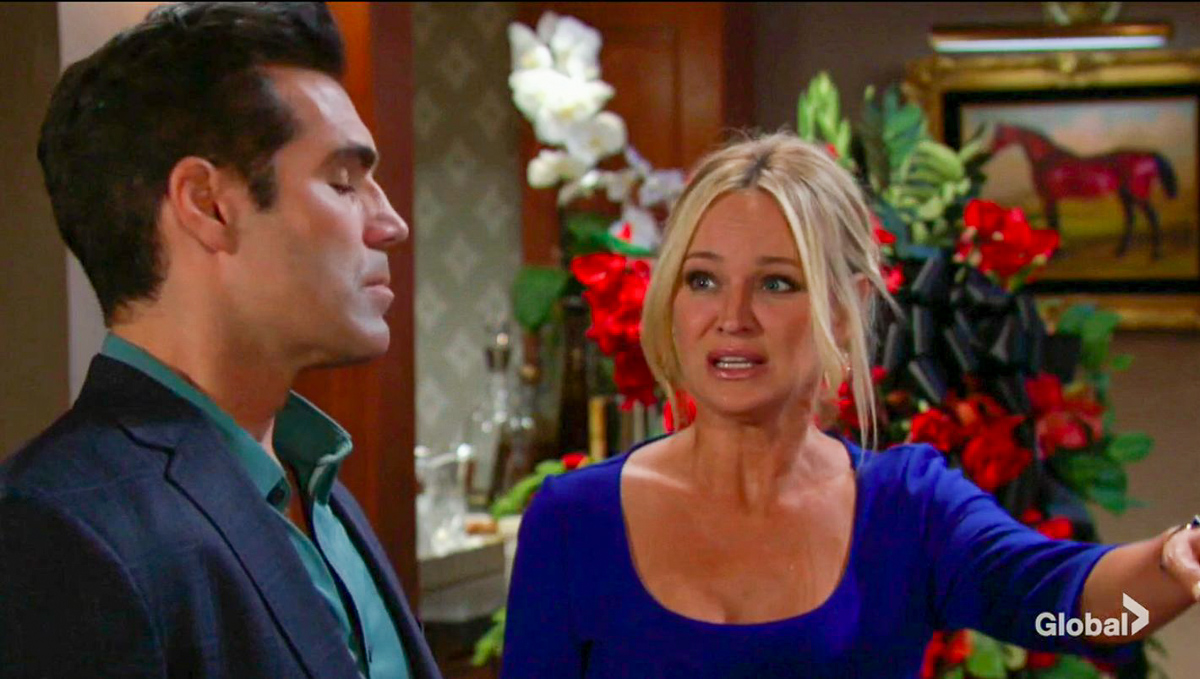 The Young and the Restless spoilers document that Sharon Newman (Sharon Case) is fully open to Rey Rosales (Jordi Vilasuso). As viewers recall, she didn’t end the first edition of Shey, he did.

Young And The Restless Spoilers – Shadam Scorched Back In The Day

It’s a cliche to use the phrase, back in the day. But that was when Sharon and Adam (as then played by Michael Muhney) established the power couple known as Shadam. And yes, power couple is also cheeky.

What’s spot on is to realize that Rey is competing with the remnant feelings Sharon has for Adam. While she appears to be able to block Adam’s attempt to push her buttons, there’s no way to know what recurring contact with him will generate in the near future.

Young And The Restless Spoilers – Shey Reboot Promising But Not Secured

Rey dropped Sharon after he determined that she wasn’t capable of separating herself from whatever drama Adam would invent, or be part of, next. However, Rey’s feelings mostly resulted from what Mia Rosales (Noemi Gonzalez) did to him, rather than Sharon having done anything wrong in their relationship.

The end of Ria meant that Rey simply needed time to digest all that happened between Mia and Arturo Rosales (Jason Canela). When he did, a slow restart of Shey happened, with Sharon happily accepting the opportunity to reestablish trust.

There’s no doubt that Adam was and remains sincere about wanting to help Connor. He left Las Vegas, Nevada, weeks after choosing to move there, so that he could respond to his son’s crisis.

Now that Connor is living at the penthouse, Adam is thinking ahead. He recently told Victor Newman (Eric Braeden) that he didn’t want to be associated with the Moustache’s family because they weren’t his family. Adam’s stated hope was to take Connor away from Genoa City, Wisconsin.

Adam clearly is considering how he can secure full custody of Connor. Chelsea Lawson (Melissa Claire Egan) and Nick Newman (Joshua Morrow) will fight hard against that push, if (when) it begins.

Adam’s proposed pursuit would knowingly upset many apple carts, including that of Connor’s semi-therapist, Sharon. And with that Rey will be swept into the swirl again unless the woman he’s beginning to trust takes a stand.

Hollywood Hiccupsis a leading source for everything linked to The Young and the Restless. Check back regularly for Y&R spoilers and news!