Days of Our Lives Spoilers: Princess Gina Wants Her Man – Makes Her Move on John Black 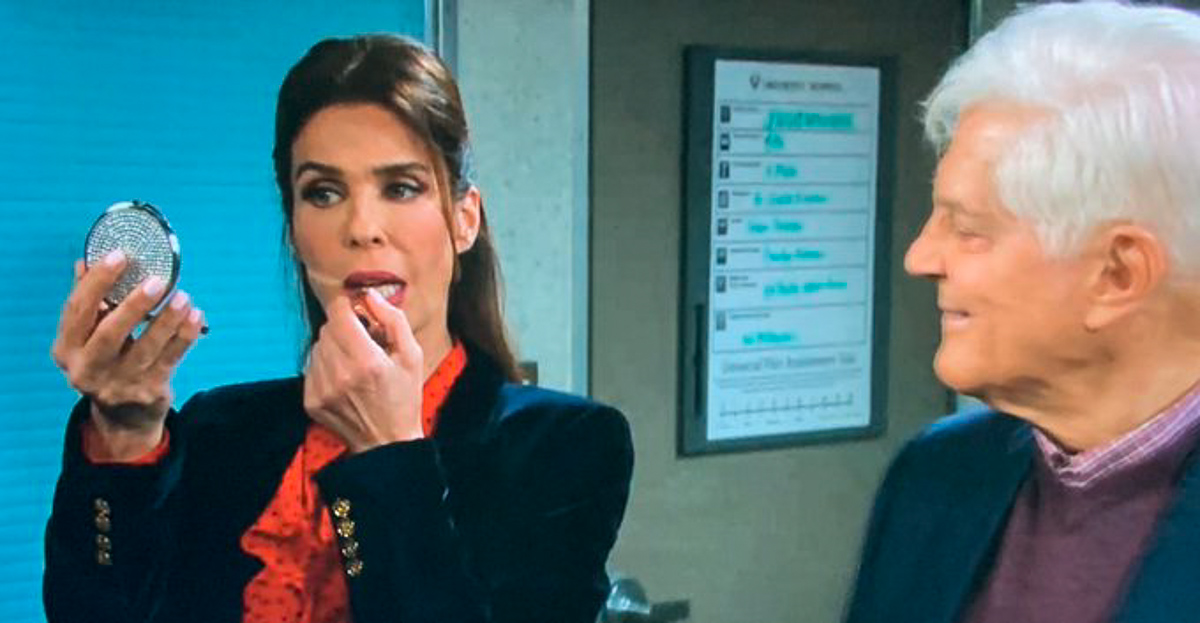 Days of Our Lives spoilers reveal that Princess Gina (Kristian Alfonso) can’t stop thinking about the man she loves. As long-time fans remember, that man was John Black (Drake Hogestyn), who is married to Dr. Marlena Evans (Deidre Hall). Will she succeed in getting what she wants?

DOOL spoilers confirm that Dr. Rolf (William Utay) has succeeded in his revenge scheme. He transformed Hope Brady into Princess Gins. He also spent time creating a living space for her, complete with a throne as well as Stefno DiMera’s portrait.

In addition to her history of art theft, expect Princess Gina to get more disturbing. Driven by her compulsion to keep Dr. Rolf’s secrets safe, she tries killing Jennifer Horton (Melissa Reeves). When she discovers that the reporter isn’t dead, but in a coma, then she will make a second attempt on her life.

Days of Our Lives spoilers tease that Princess Gina can’t stop thinking about John Black. In fact, it was one of the first things she mentioned once the transformation was complete. She even went up to his door on Halloween, but covered quickly when everyone thought she was Hope.

Expect this to continue as she is determined to get her man, even if he is married to another woman.

There is no way that John would leave “Doc.” At least, no willingly. In order for Princess Gina to get the man she wants, she will either have to threaten Marlena’s life or get Dr. Rolf’s help. As for the future of “Jarlena,” this couple is a soap opera icon. When fans think of DOOL, John and Marlena are one of the few couples that have made it over the years. There is no way viewers will tolerate them being separated again.

What do you think is going to happen with Princess Gina as she goes after John Black? Will she get what her heart desires or will she find a way to force his hand?