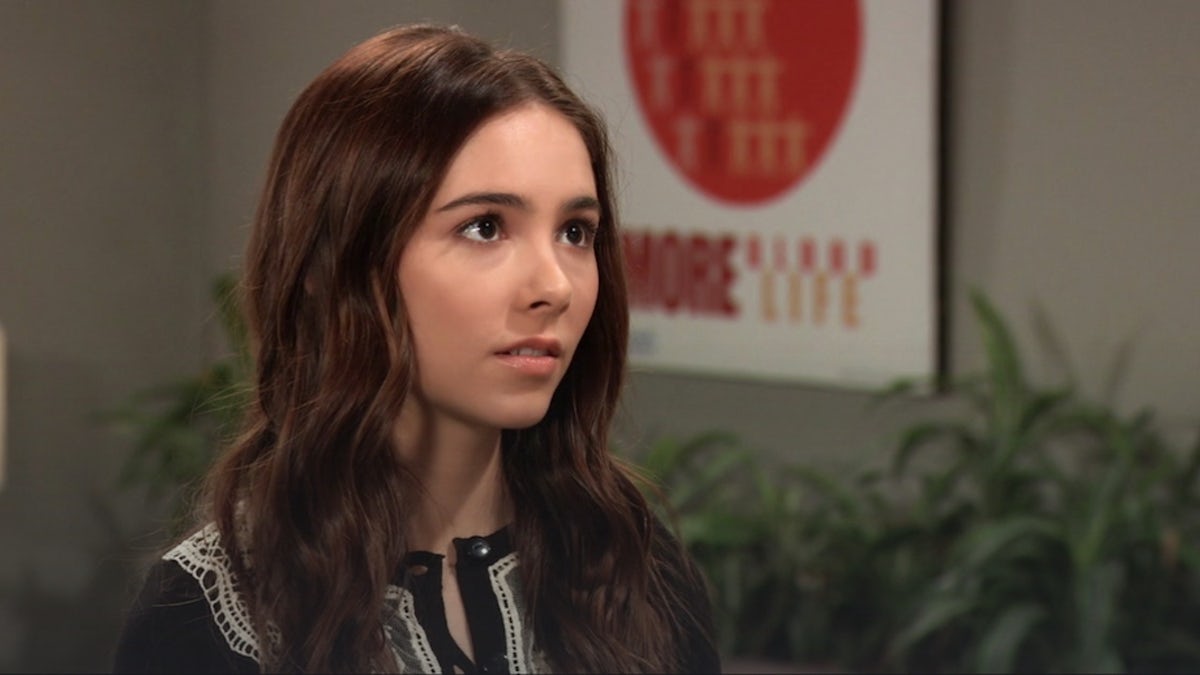 Even though Kendra has seemed to cover her tracks well, putting the remainder of the canister of poisoned nutritional drink in the dumpster behind Charlie’s Pub that she poisoned Alexis Davis (Nancy Lee Grahn) with, Molly is very protective of her mother and sisters. General Hospital viewers will recall that Molly was the first one to warn her sister Kristina Corinthos-Davis (Lexi Ainsworth) that Dawn of Day was a cult! Speaking of Kristina – where is she? No one has seen her in a few weeks, since shortly after she thought Kendra looked familiar when she encountered her in the park with Alexis during their exercise; Kristina hasn’t even met her brand new baby sister Donna Corinthos (Emma and Ella Hulen)! Could Kendra be responsible for her disappearance?

Viewers will recall that Molly, and TJ Ashford (Tajh Bellow) talked to Kendra at the Metro Court Halloween party. Molly told Kendra what Alexis had told her about enjoying the workouts, and swearing by the nutritional drink. Molly also updated Kendra that Alexis was not well with possibly the flu and was getting checked out at General Hospital; perceptive viewers will have noted that Kendra “hoped Molly wouldn’t catch whatever Alexis has”. That sounds like a classic soap opera hint for trouble ahead for Molly!

Considering her sister Kristina hasn’t been seen since the day she thought Kendra looked familiar, both of Alexis’ daughters may be in deep Kendra induced danger! Sam McCall (Kelly Monaco) is hoping to be released soon from Pentonville Prison, having opted for a bench trial, so unfortunately she may or may not be able to help crack this case, at least not right away!

General Hospital Spoilers – How Would Kendra Lennon Pull Molly Lansing-Davis Into Her Web?

How would Kendra pull Molly into her web? Molly’s pretty busy but she spoke highly of Kendra’s personal training based on what Alexis told her; it’s possible she could convince her to try it. But if not, she could just hang close to Molly and catch her getting a drink and poison her in exactly the same manner as she did her mother. Or, another possibility would be kidnapping her and sending a text from her phone to any loved ones who may be worried.

Kristina hasn’t even gotten that option apparently but then her loved ones haven’t tried to reach out to her either; the General Hospital script writers may be responsible for that glaring omission! Kendra may sneak into GH and try to finish the job, and Molly may be there checking up on her and that may be where the danger could come in! TJ is still around the hospital frequently also so Molly’s presence wouldn’t be surprising even if she weren’t there for her mom.