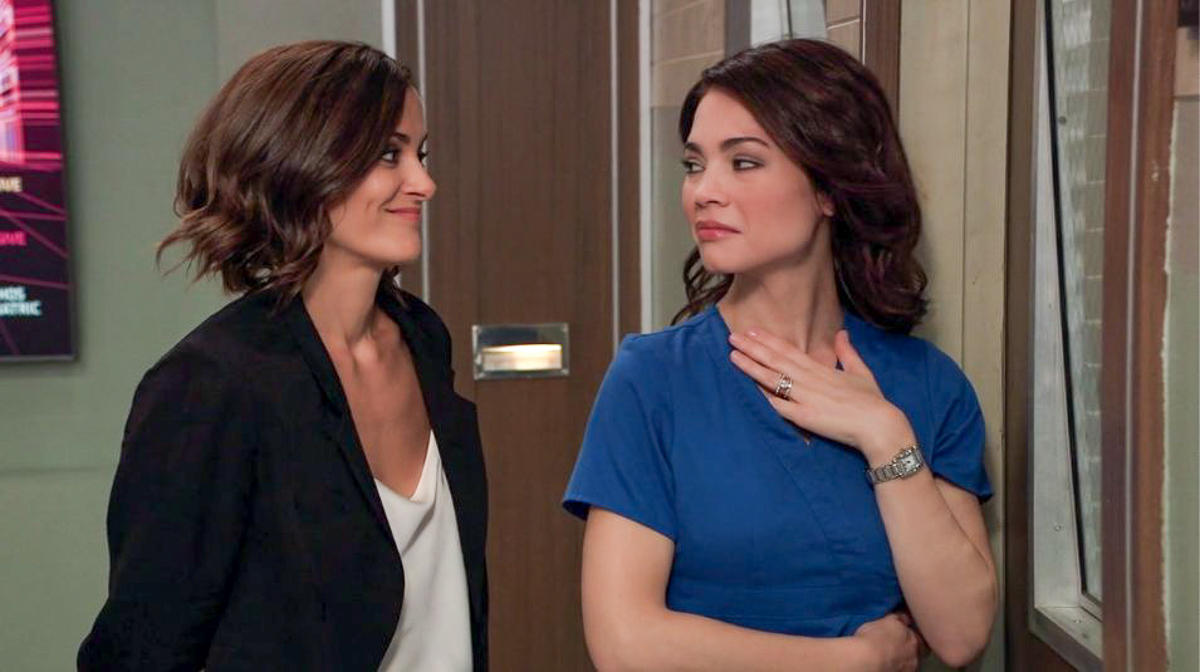 General Hospital (GH) spoilers tease that the return of Nikolas Cassadine (Marcus Coloma) will bring a lot of drama, There will be people both happy and not so happy to see the Cassadine heir alive and well. But one person who will be overjoyed to see Nikolas is Elizabeth Webber (Rebecca Herbst)! Elizabeth and Nikolas have been great friends since high school. The two have been romantic in the past, but more than anything, they are great friends.

Although Nikolas has a lot on his plate, he will surely make time to check in with one of his oldest friends. Liz is currently going through quite a bit. Her husband, Franco Baldwin (Roger Howarth), forcibly underwent a memory transfer that left him with the memories of Drew Cain (Billy Miller). He doesn’t remember Liz or the life they have built together. Liz recently tired to have Franco declared mentally incompetent in order to have the procedure reversed. But Liz lost the case and is now facing the possibility that she will lose her husband forever. Having Nikolas around is just what Liz may need.

Franco has agreed to stay in Port Charles while the woman he thinks he loves, Kim Nero (Tamara Brain) receives the therapy she needs to get over the death her son, Oscar Nero (Garren Stitt). But seeing the bond that Liz and Nikolas share may confuse Franco. His first instinct is one that he never expected, as he finds himself jealous. It will soon become apparent to both Liz and Franco that Franco isn’t completely gone. This will be the first thing that has given Liz any hope since this entire ordeal started.

But regardless of the Franco situation, Liz and Nikolas will be there for each other. Look for them to pick up like no time has passed. As for Franco, this will likely start him pondering whether or not he should have the memory mapping procedure reversed. It was one thing when there was no sign of Franco or his memories. But if Franco is just bubbling under the surface, he might not be able to live with himself if doesn’t allow Franco the opportunity to return to his loved ones.

Once Nikolas and Liz reunite, will Franco find himself jealous and decide to have the procedure done? How will Kim react to Franco’s jealousy of Nikolas? Will all of this lead to the permanent return of Franco ? Some very sweet scenes are coming up on General Hospital, so stay tuned every weekday on ABC! And don’t forget to check back here regularly for all your General Hosptial news, information and spoilers!