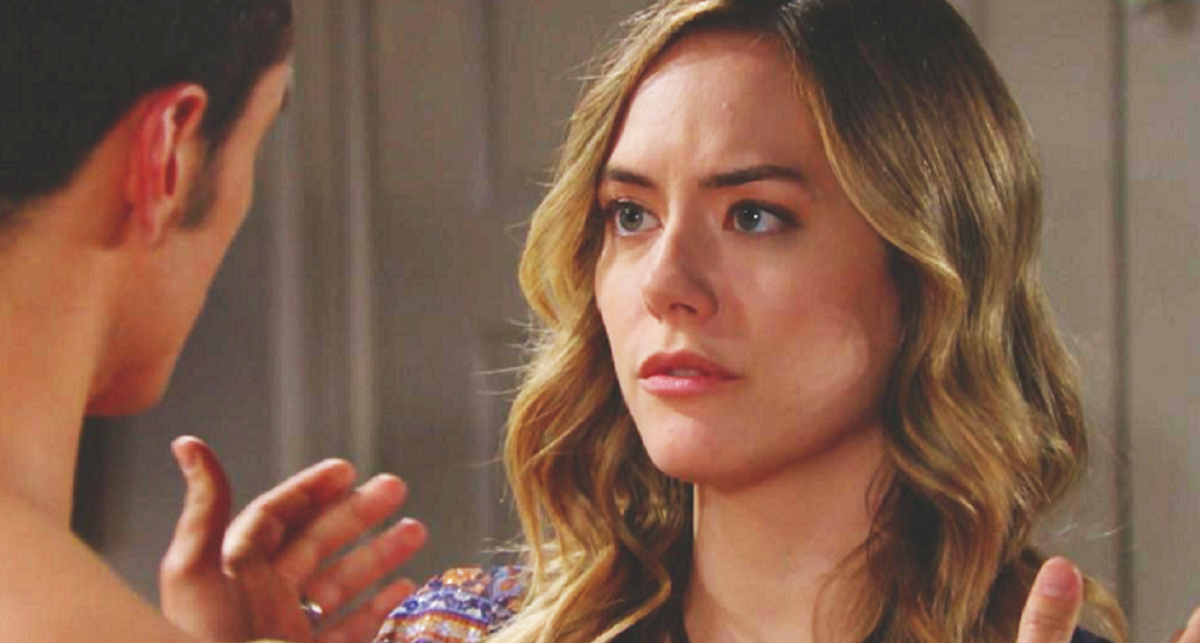 What was Hope Logan (Annika Noelle) thinking on ‘The Bold and the Beautiful’? She convinced herself that Thomas Forrester (Matthew Atkinson) was going to place the well-being of his son above his own feelings about her. Apparently experience through the Beth Spencer (Madeline Valdez and River Davidson) reveal didn’t yield wisdom.

On the upside, at least Hope was in Eric Forrester’s (John McCook) home when Thomas requested a relationship in return for him agreeing to her proposed adoption scenario.

Thomas’ perception may not go as far to see into Hope’s endgame of pursuing full custody of Douglas Forrester (Henry Joseph Samiri) in the future. But then again, maybe it does.

Hope agreeing to attend the Halloween party that was thrown for Douglas was unexpected. But her overt friendliness, like flirting with Thomas, went too far.

Thomas has adjusted his goal approach after being outed as a manipulator. His efforts to keep Beth’s identity concealed as Phoebe Forrester indefinitely created a fierce response from Hope. That was to be expected, as her faux husband’s claims of love for her were revealed as warped infatuation.

So, Hope’s choice to go upstairs at Eric’s home with Thomas was dangerous. However, Atkinson’s dynamically played character was on to her without need of his father’s protective advice. Thomas quickly turned the tables on Hope, requesting a relationship or no adoption agreement. She realized her plan had failed and left, unharmed, physically.

Bold And The Beautiful Spoilers – Bridge Deeply Affected By Their Children

Ridge Forrester (Thorsten Kaye) had already been kicked out of his wife’s home because of the stance he took aside of Thomas. Brooke was understandably aggrieved due to what Hope was put through.

The idea that Brooke should demonstrate compassion to Thomas wasn’t far-fetched, as she had, accidentally, pushed him off the cliff at Steffy Forrester’s (Jacqueline MacInnes Wood) house a short while after the baby steal and conceal was spilled. However, Ridge was asking for far too much too soon.

Now, Ridge’s antenna are fully up. He suspects Hope is trying to play off Thomas’ feelings for her. Meanwhile, ringless Brooke hasn’t totally closed the door on reconciliation, but also doesn’t know about the many kisses Shauna Fulton (Denise Richards) has shared with Ridge.

Hope was fully wronged by Dr. Reese Buckingham (Wayne Brady), as was Beth’s father, Liam Spencer (Scott Clifton). However that plot point has passed, with the new one being of Hope’s own making.

Bold And The Beautiful Spoilers: Brooke Makes It Easy For Shauna To Steal Ridge https://t.co/kSZhEucvNp pic.twitter.com/MLVSqJvDbz

Brooke proposed an initial adoption idea, which Ridge shot down. Hope sought additional legal advice and developed an apparent compromise on her own. Thomas saw right through her, as she was told.

Yes, her bond with Douglas is real and she’s right to believe that Thomas isn’t a stable parental figure. But pursing an adoption of Douglas, without telling Liam and believing that any interaction with Thomas will be normal, creates two layers of trouble in this fictional version of Los Angeles, California.