The Bold And The Beautiful Spoilers: Liam Struggles With Parenting- Pulled between Steffy And Hope- Baby Momma Drama 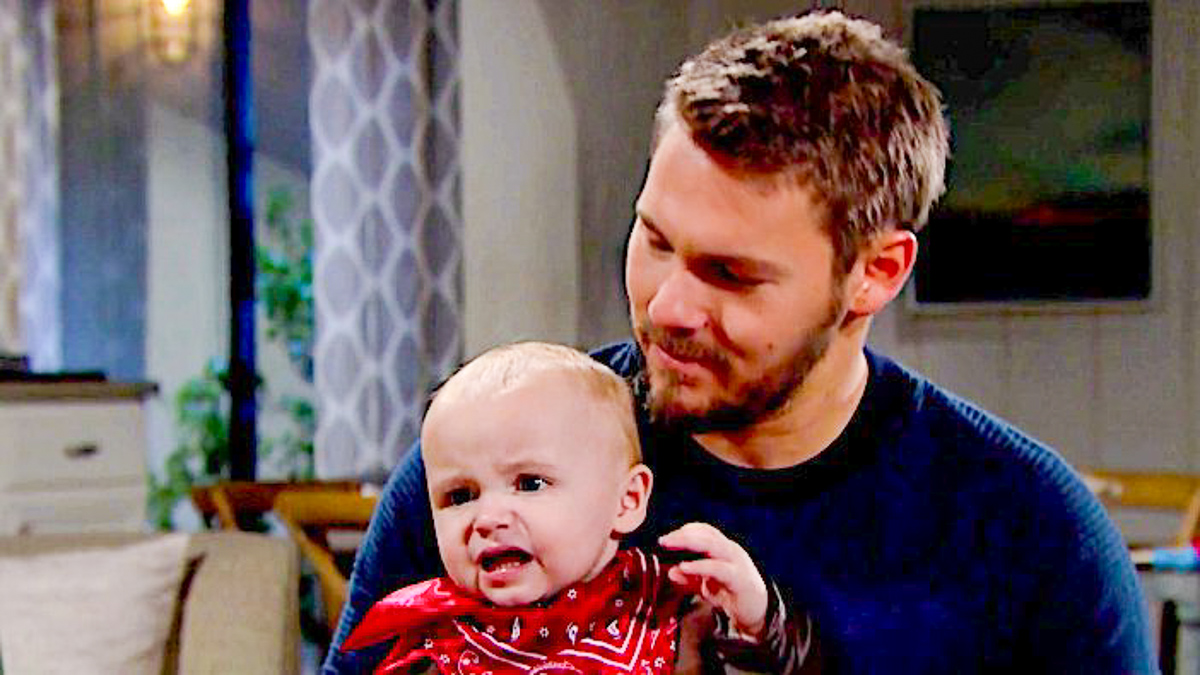 Liam Spencer (Scott Clifton) created dual obligations on ‘The Bold and the Beautiful’. He’s committed to both of his children, which underscores an increasingly complex set of soapy circumstances.

Steffy Forrester (Jacqueline MacInnes Wood) is the mother of his first child, Kelly Spencer (Zoe Pennington and Allison Marcia Sweeney). Liam’s older offspring is becoming more active by the day, as viewers are seeing whenever the child actors who play her are seen.

Hope Logan (Annika Noelle) is the mother of his second child, Beth Spencer (Madeline Valdez and River Davidson), who was thought to have died during birth. The miraculous circumstances by which Kelly’s mom came to privately adopt Beth, who Steffy named Phoebe Forrester, in honor of her deceased twin sister, enabled Liam to remain in contact with ‘Lope’s’ child.

Now, as Liam is trying to balance both worlds, he’s facing Hope’s desire to bring another child into his life.

In the recent past, Liam only had to balance his love for Steffy and Hope and their reciprocated, competitive feelings for him. Then, as described above, his love expanded to included the children he had with them.

Steffy became disillusioned with Liam’s outlook a year ago in the summer. So, she told him that it was okay to go back to Hope. That meant leaving Kelly as well.

Liam obliged, had Beth with Hope and just recently began restoring this part of his family. But Hope’s bond with the child Thomas Forrester (Matthew Atkinson) had with Caroline Spencer (Linsey Godfrey) is compelling her to want to adopt him.

Bold And The Beautiful Spoilers – Great Casting Choices Made

Douglas Forrester (Henry Joseph Samiri) was in New York with his parents, when all characters were off-screen for a period of time. B&B SORAS’d the character, which allowed the outstanding hire of Samiri.

Another sharp choice saw Atkinson become the recast of Thomas. Pierson Fode’s (Thomas) run was solid, but decision-makers wanted to take this particular character in a different direction.

Both actors consistently deliver in their roles, which have become key to a main storyline in the show. This arc could have much length left, as it encapsulates numerous existing personas and remains deeply engaging.

Bold And The Beautiful Spoilers – Douglas Forrester Lives Many Places

After returning from New York, Douglas lived with his father at ‘Bridge’s’ home. Then, after the Beth reveal, when Thomas disappeared for a handful of days, Hope and Liam took him at the cabin.

Hope wants to legally adopt Douglas, with the intention of eventually gaining permanent custody, as she believes Thomas is an unfit parent. She choose to keep her plan from Liam and doesn’t plan to tell Thomas her true intent. But if that happens, Douglas would make his fourth move. That’s far too many and isn’t what Liam is in favor of, as Hope knows.