The Bold and the Beautiful Spoilers: Steffy Stops Hope In Her Tracks – Thomas Gets An Earful From His Sister 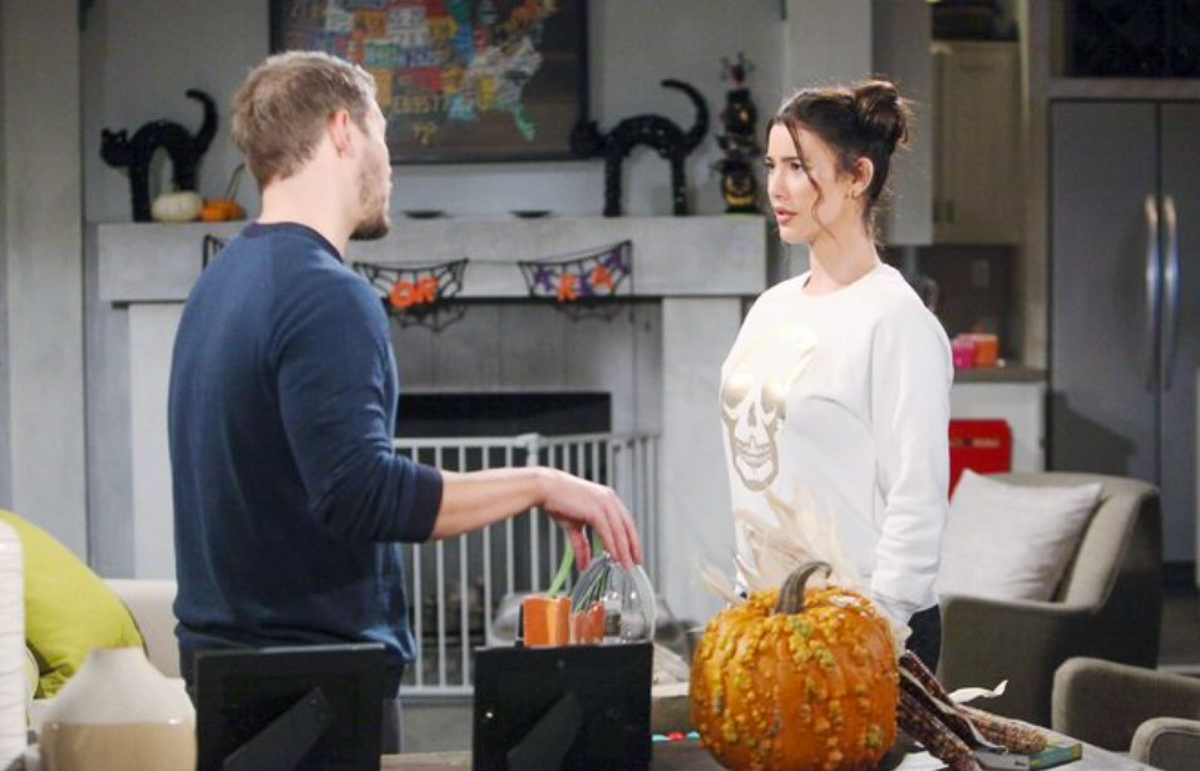 The Bold and the Beautiful spoilers tease that Steffy Forrester (Jacqueline MacInnes Wood) will soon have some strong words for her brother. As B&B viewers know, Steffy hasn’t wanted anything to do with Thomas Forrester (Matthew Atkinson) ever since it was revealed that Thomas helped to keep Beth Spencer’s (River Davidson and Madeline Valdez) existence a secret.

Steffy flatly refused when Ridge Forrester (Thorsten Kaye) wanted her to allow Thomas to live in her home, as she just hasn’t gotten past what Thomas did to her, Hope Logan (Annika Noelle), and Liam Spencer (Scott Clifton). But it seems that Steffy will soon put her negative feelings for Thomas aside as something very important arises – the issue over custody of Thomas’ son, Douglas Forrester (Henry Joseph Samiri).

As B&B viewers know, Steffy became worried when she recently heard Hope say that she wanted Douglas to become a member of her little family alongside Beth and Liam. Steffy pointed out to her that Douglas was not her child, and it seems that soon Steffy will learn that Thomas is seriously considering letting Hope adopt Douglas and have joint custody of him.

The Bold and the Beautiful Spoilers: Hope Targets Thomas With A New Plan https://t.co/qSer5aI3J8 pic.twitter.com/Nx7bVfTASU

B&B Spoilers – Thomas Forrester Gets An Earful From His Sister

Well, according to B&B spoilers, Steffy won’t be happy about this development, and she’ll have something to say to Thomas about it. Steffy will approach Thomas and let him know that allowing Hope to become a legal co-parent of Douglas is an awful idea. After all, once Hope gets joint custody of Douglas, it would probably only be a matter of time before she seeks full custody of him, which Steffy will think would be completely inappropriate.

But what will Thomas think about all of this? He’s become pretty obsessed with Hope once again, and right now it’s unclear whether he’s fully cognizant of the fact that Hope is playing him. B&B spoilers indicate that Thomas will indicate to Steffy that he’s considering allowing Hope to adopt Douglas, so it looks like Hope’s manipulation might be working, at least for now.

At any rate, Steffy will make her feelings known, and Ridge will likely do the same. But given that Hope is determined to coerce Thomas into becoming Douglas’ adoptive mother, and that Thomas is so obsessed with Hope right now, it looks like Thomas might ultimately give Hope what she wants. What do you think? Will Thomas end up sharing custody of Douglas with Hope?