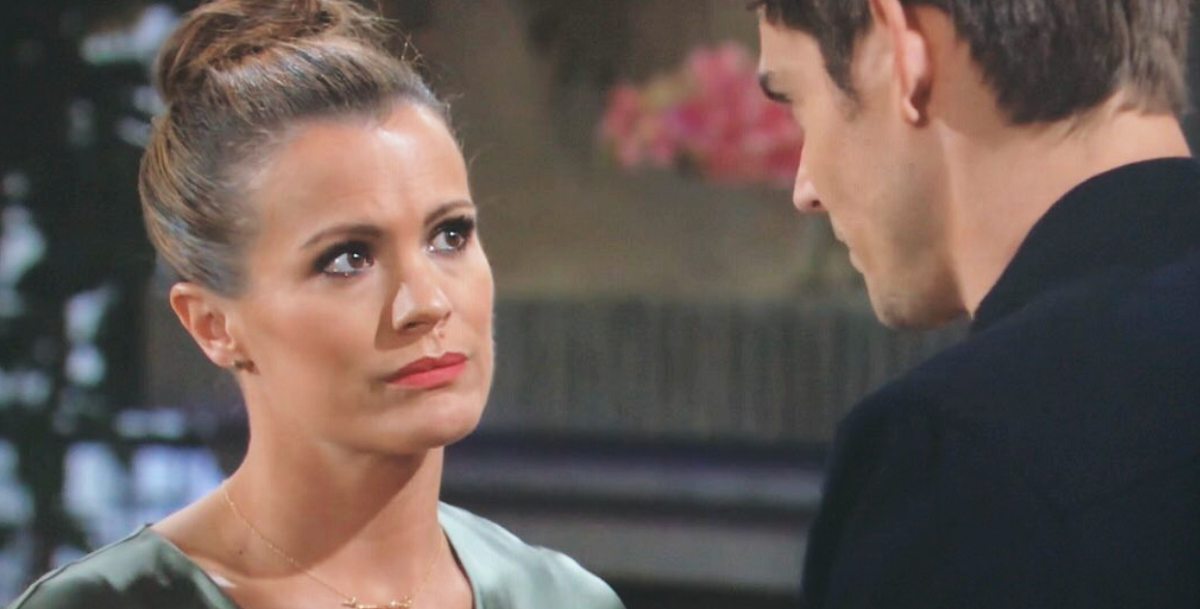 The Young and the Restless spoilers document that Chelsea Lawson (Melissa Claire Egan) is facing an unanticipated threat. Her need to satisfy a supposed payment the late Calvin Boudreau (John Burke) owed to some type of claimed business associate demands her full focus for a variety of reasons. This likely provokes the need for Adam Newman (Mark Grossman) to become involved in the matter, possibly through Chelsea’s choice.

Simon Black’s (Jeffrey Vincent Parise) arrival in Genoa City, Wisconsin, wasn’t intended to offer belated condolences to Chelsea on the loss of her husband. This shady character is played by the actor who formerly embodied Carlos Rivera on General Hospital and prior to that, Detective Dom Ohanion and Detective Sullivan on Days of our Lives.

Feeling unable to tell Nick Newman (Joshua Morrow) what’s happened, for reasons that are questionable within the plot, Chelsea is trying to work with Kevin Fisher (Greg Rikaart) to resolve the situation.

Young And The Restless Spoilers – Cash Stash Unwashed And Unavailable

Earlier this fall Y&R projected a scene where Chelsea suddenly asked Kevin to wash a cash stash she’d received last summer. That meant she wanted him to launder the money so the full amount of her funds could be used without them being detected by the authorities.

A handful of weeks passed and then Simon appeared, directly requesting Calvin’s money. He claimed it was owed to him and told Chelsea that he expected it to be immediately turned over in full.

When asked, Kevin told Chelsea that the bank he’s used in the past was under investigation and that its assets, including her money, was frozen. That sent Chelsea into panic mode.

The idea that a majority of GC voters would elect Nick to city council approximately a year after he morphed into J.T. Hellstrom (Thad Luckinbill) is questionable. One would think that issue would become widely known and then exploited.

Whether Nick is viable, or not, Chelsea doesn’t want to impede her on-again significant other’s run for public office. She’s also embarrassed that her seemingly former con persona would be revealed as alive through the underhanded dealings she engaged Kevin to pursue.

Young And The Restless Spoilers – Adam Newman Is An Available Avenger

Say whatever you want about him, Adam is always willing to do whatever it takes to defend those he cares about. Chelsea remains his top love and if Kevin isn’t able to help, Grossman’s character has the ability to creatively solve this problem.

Inheriting Victor Newman’s (Eric Braeden) ruthless trait, Adam wouldn’t (won’t) hesitate to check whatever power Simon has, or to pay him off. As Y&R viewers recall, Adam recently wrote Phyllis Summers (Michelle Stafford) a check for ten million dollars. So he has fluid cash to resolve Chelsea’s issue if that’s the best way to resolve the Simon issue, stopping the threat to her and their child.