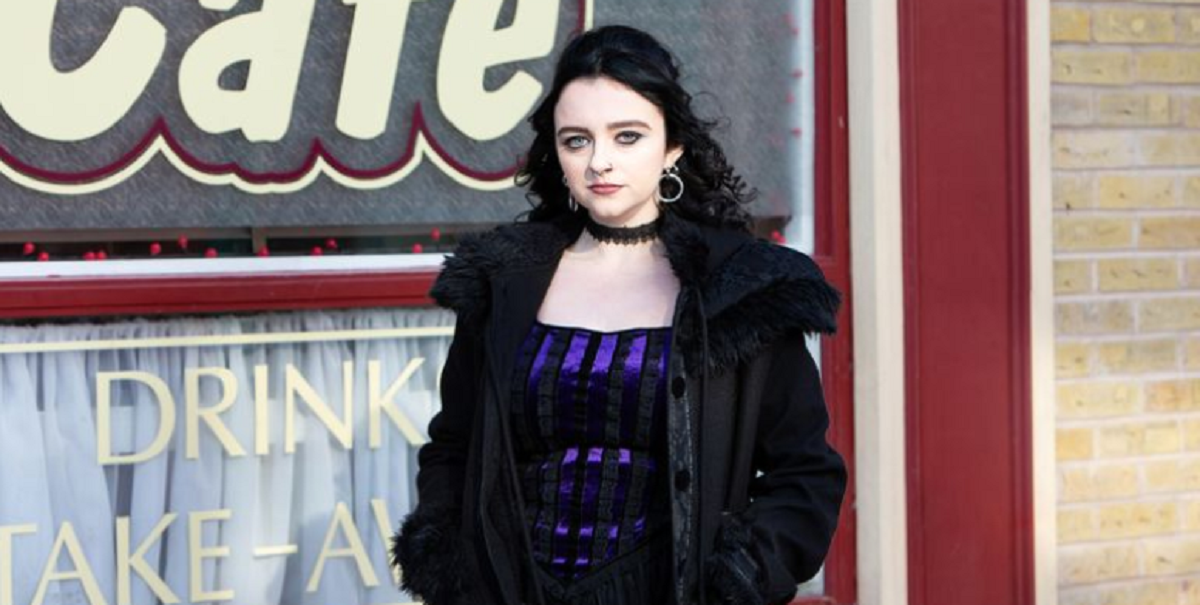 On “Coronation Street,” Roy Cropper’s (David Neilson) newfound niece, Nina Lucas (Mollie Gallagher), is moving to the cobbles. She’s the daughter of his dying long lost brother. The troubled teenager makes it clear that she’s not happy about Roy’s sudden appearance in their lives. However, she’ll soon realize that they have a lot of things in common.

Viewers may recall that Roy, the café owner, recently discovered that he has a brother. He found out that his late mum had an affair when she was younger and she bore a child, which she kept from him all this time. After his mother died, Roy tracked down his secret brother and eventually found him, Richard Lucas (Paul Bown). Roy also found out that he has a niece named Nina. He may be happy to finally know that he still has family left but Nina doesn’t feel the same way.

Unfortunately, Richard is ill and is looking for someone who can look after his daughter. Roy takes on the responsibility even though Nina seems to be unwilling to go with him. Will Roy regret his decision to take Nina in? Will she only cause trouble or will the two develop a special bond?

“The storyline is a great device to bring Roy’s niece Nina into his life, a new relationship with a younger character, a troubled young person in the same way as he took in Wayne Hayes (Gary Damer), Fiz Brown (Jennie McAlpine) and Becky McDonald (Katherine Kelly) and even cared for Carla when she was struggling. It is an interesting dynamic,” Neilson said.

“Roy works well when he has something to focus on, a problem to solve or someone to look out for, particularly someone who others may see as a bit different.” Neilson said his character understands where Nina is coming from. He’s alter ego has been an outsider himself so he knows how she feels.

“It is interesting and it puts him on his mettle. They are different generations and worlds apart but there is a connection between them,” he continued.

Gallagher is a newcomer and “Coronation Street’s” Nina is her first TV role.

In a statement about joining the show, Gallagher said she’s “absolutely delighted to be in Coronation Street. I grew up watching the show and it is surreal to be on the set working alongside such incredible actors as David Neilson and Alison King.

“Nina is a really interesting character, she is a bit of an outsider and although she is reluctant to let Roy into her life she soon realizes they have more in common than she first thought.”