General Hospital Rumors: Cassandra Might Have Some Major Plans For Sam – Will She Make An Escape? 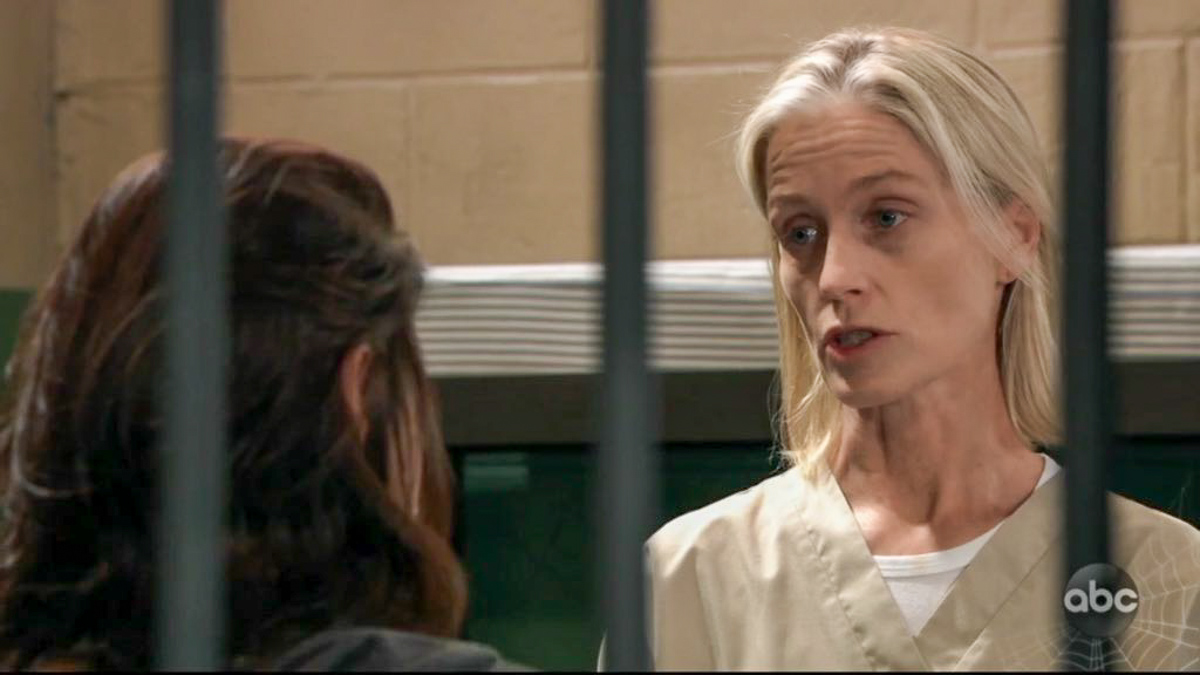 A new General Hospital promo, “Big November” shows a scene with Cassandra and Sam McCall (Kelly Monaco) outside, possibly in a park in Port Charles on community service duty. Usually only minimum custody prison inmates are allowed to do these kind of duties, even under the supervision of prison guards, but then General Hospital viewers know how lax the Pentonville Prison officials are when it comes to custody, guarding, and rules!

Cassandra Pierce definitely knows how to run from the law, considering she was on the run as a fugitive all over the world for about the last year and a half! She has had help; she had contacts that she used to deliver the bird flu to her in Puerto Rico that she injected into Sasha Gilmore’s (Sofia Mattsson) grapefruit, for instance.

Other General Hospital spoilers tease that she will indeed escape, and this may be the perfect opportunity for her to do so; if the crew she is on is doing grounds work, weeding the park or raking leaves, for instance, which they may be doing since Sam looked like she was either shoveling, pulling weeds or picking something up from the ground, then a shovel, trowel, or a rake may be available for Cassandra to use as a weapon to attack the guard or guards and make her escape! When Nelle Benson (Chloe Lanier) was shown a couple of months ago on such an occasion and she talked to Josslyn Jacks (Eden McCoy), there was only one guard for two or three other inmates and Nelle, so Cassandra could easily take down one guard and escape!

General Hospital Spoilers – Will She Take Sam McCall Along As A Hostage?

If Cassandra does escape, she could easily also take Sam along as a hostage, although nothing in upcoming spoilers specifically says that she will. There are, however spoilers that say Jason Morgan (Steve Burton) will get an alarming phone call, and that Julian Jerome (William DeVry) will head for General Hospital, and Julian of course is Sam’s birth father.

They are not particularly close but if Sam were in dire straits he would probably head for the hospital to lend any support that he could, especially since at least as of this writing, her mother Alexis Davis (Nancy Lee Grahn) is still in General Hospital while Dr. Hamilton Finn (Michael Easton) works on diagnosing her. Of course, GH viewers know that she has been poisoned by her personal trainer, Kendra Lennon (Michelle Argyris). Other General Hospital spoilers tease that Cassandra may kidnap Charlotte Cassadine (Scarlett Fernandez) as well while she is out and about and on the run!