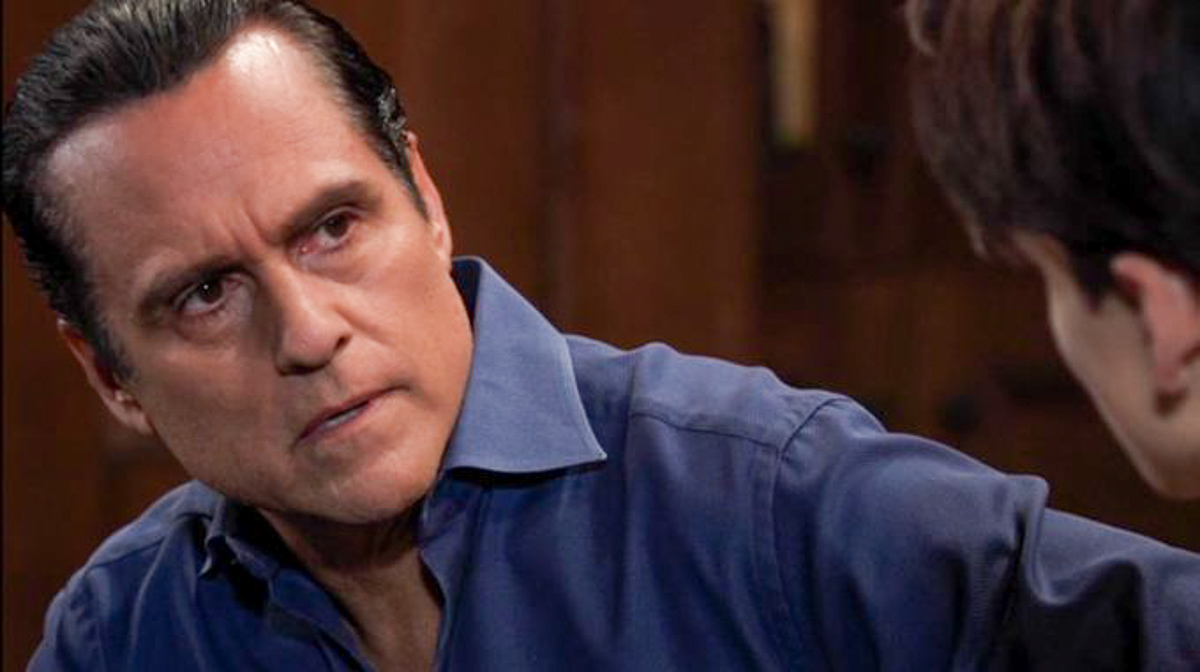 General Hosptial (GH) spoilers tease Ava Jerome’s (Maura West) decision to voluntarily commit herself at Shadybrook may have unforeseen consequences. As viewers know, Ava had been in a downward spiral for months now. Her drinking has increased dramatically and she seems lost and without direction. But when she saw Nikolas Cassadine (Marcus Coloma), long thought dead, no one believed her. Ava began to accept that she had hallucinated seeing him. It was at this point that Laura Collins (Genie Collins) and Julian Jerome (William DeVry) accompanied her to Shadybrook, where voluntarily committed herself.

Later, Julian mentioned to Laura that although he was glad Ava was getting help, he was concerned that Sonny Corinthos (Maurice Bernard) would use Ava’s mental health against her and file for sole custody of his and Ava’s daughter, Avery Corinthos (Ava and Grace Scarola). Laura volunteered to go speak to Sonny on Ava’s behalf. Laura herself is no stranger to mental health issues, but she is living proof that one can recover from such issues.

So Laura went to visit Sonny and explained to Sonny that Ava has checked herself in to SHadybrook to get the help that she so desperately needs. Sonny seemed sympathetic when explained the situation, but he still doesn’t think Ava is in any condition to be a mother to Avery right now. He also couldn’t promise that he wouldn’t file for full customer of the little girl. Laura certainly gave Sonny food for thought, but he will likely decide to pursue full custody anyway. The bottom line is that Sonny hates Ava so giving her the benefit of the doubt, even on Laura’s request, is likely something Sonny won’t do.

Even though Nikolas was actually there and not a figment of Ava’s imagination, Ava still needs help right now. If she is going get back on her feet and take her life back, she is in the right place to do that. Avery really does need her mother to be well if they are going to have any kind of relationship.

Will Ava get the help she needs? Did Laura convince Sonny not to take action or will he file for full custody? Only time will tell, but some exciting scenes are coming up on General Hosptial, airing weekdays on ABC so don’t miss a day! And don’t forget to check back right here for all your General Hosptial news, information and spoilers!