The Bold and the Beautiful Spoilers: Hope Feels Guilty About How She Ended Things with Thomas 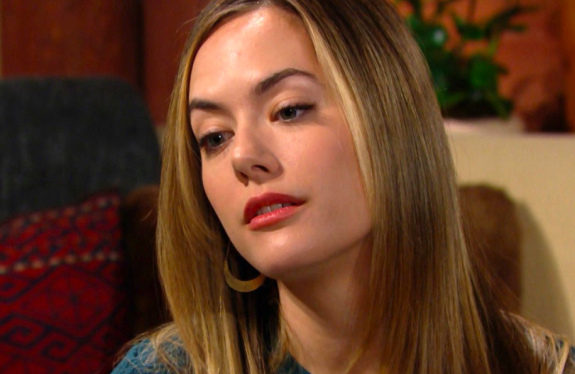 The Bold and the Beautiful spoilers reveal that Hope Logan (Annika Noelle) feels guilty about how she ended things with Thomas Forrester (Matthew Atkinson). However, she doesn’t regret fighting for Douglas Forrester (Henry Joseph Samiri). Could this guilt take her down another dangerous road?

Hope has been determined to get custody of Thomas’ little boy, Douglas. Emotions were running high and the circumstances became more intense. At one point, Hope was willing to take drastic measures in order to get the adoption papers signed. Even if this brought up a moral dilemma and having her do the unthinkable.

The Bold and the Beautiful spoilers suggest that Hope started playing with Thomas’ mind and emotions. She did it with the intention of getting Thomas to sign the papers that would legally make her Douglas’ adoptive mother.

However, what she wasn’t counting on was for him to become convinced that she really wanted to be with him. This was evident when he was talking to Zoe Buckingham (Kiara Barnes) on Tuesday’s episode.

The custody battle will take a bizarre turn. A promo clip teases that the game between Thomas and Hope turns deadly. It also indicates that someone besides Hope will be put in danger. However, spoilers two weeks ahead reveal that Hope gets to be Douglas’ mother, which indicates that she gets the papers signed at some point.

B&B spoilers reveal that Hope finds herself in the middle of a moral dilemma. They also reveal that Hope will feel guilty about how she ended things with Thomas. Then, Steffy Forrester (Jacqueline MacInnes Wood) realizes her brother is missing. What exactly did Hope do to get those papers signed and will there be consequences in the future?

What do you think of the custody battle between Thomas and Hope? How far does she go in order to become Douglas’ mother? Is this fight over or is there still more story to tell since Thomas goes missing?