The Bold and the Beautiful Spoilers: Liam’s Was Right to Be Frightened – Thomas and Hope’s Agreement A Dangerous Mistake 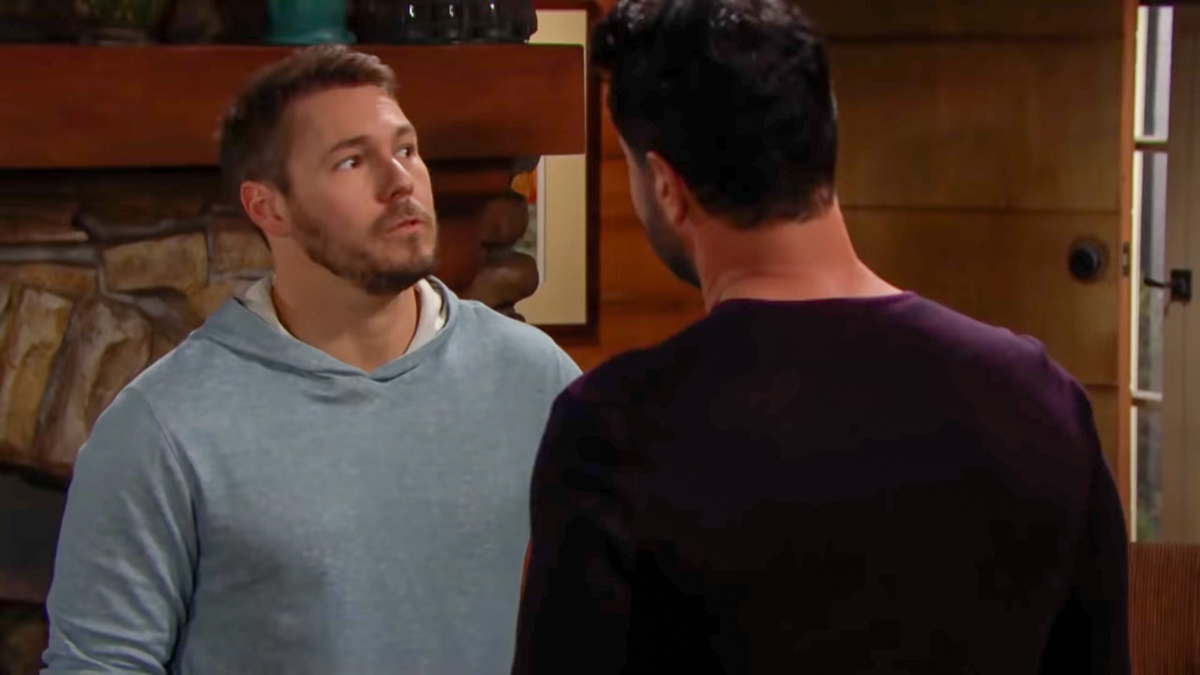 The Bold and the Beautiful spoilers tease that Liam Spencer (Scott Clifton) has continued to fear the threat that Thomas Forrester (Matthew Atkinson) poses to Lope and others. Now, as Hope Logan’s (Annika Noelle) idea to adopt Douglas Forrester (Henry Joseph Samiri) appears to be cinched, Liam appears incapable of persuading Hope to change course.

Thomas’ singular obsession with Hope was waning, as viewers saw. He was intent on ending his father’s marriage to Brooke Logan Forrester (Katherine Kelly Lang), which is part of an overall plan to oust the Logan’s from Forrester Creations.

But Hope’s push to adopt Douglas, while enabling Thomas to retain his parental rights, reignites delusional thoughts Atkinson’s character has about having a future with Hope. And with that, danger lies ahead.

Bold And The Beautiful Spoilers – Liam Spencer In Quite The Pickle

Steffy Forrester (Jacqueline MacInnes Wood) has responded to an incredible circumstance with natural emotion, grace, and resilience. Forced to surrender the young child she thought was privately adopted, Wood’s character first dealt with Hope’s take of Phoebe-Beth from the cliff house and then her plea to Liam to address perceived romantic misunderstandings.

Liam was as thrilled as Hope in realizing that Beth never died. But instead of resetting Lope’s family, he’s been dealing with Hope’s pursuit of another man’s child. Matters are all the more complicated considering that Douglas is Thomas’ son.

Thomas’ infamous use of Douglas to position himself in Hope’s path led to Lope’s breakup and Thope’s momentary union. But B&B fans know that the Beth reveal also signaled the end of Hope’s belief that Thomas was well-intentioned.

Telling Brooke that she was going to follow through on her adoption plans, but in an altered manner, didn’t produce expected support. Brooke rightly believes that Hope’s choice to withhold details from Liam and Thomas about an eventual push to gain full custody of Douglas will lead to both men’s emotions becoming inflamed.

The Bold and the Beautiful Spoilers: Bill Spencer Suspicious Of Hope Logan – Will He Finally Intervene? https://t.co/J8AAAj8Q9N pic.twitter.com/ohEFZrlMOq

Bold And The Beautiful Spoilers – Thomas Forrester Hopeful, But Not Naive

Thomas didn’t sign the initial adoption papers Brooke provided. He took them to Ridge Forrester (Thorsten Kaye) seeking advice, but also knowing that his dad would see through Brooke’s actions.

Now, with Hope’s plan offered, Thomas didn’t immediately defer. Instead, he made a romantic request. His later actions suggest that he believes a chance still exists to revive Thope, if given enough time and opportunity.