The Young and the Restless Spoilers: Friday, November 8 – Chance Returns – Theo Gets Advice From His Dad – Chelsea Tries To Get Connor Out Of Town 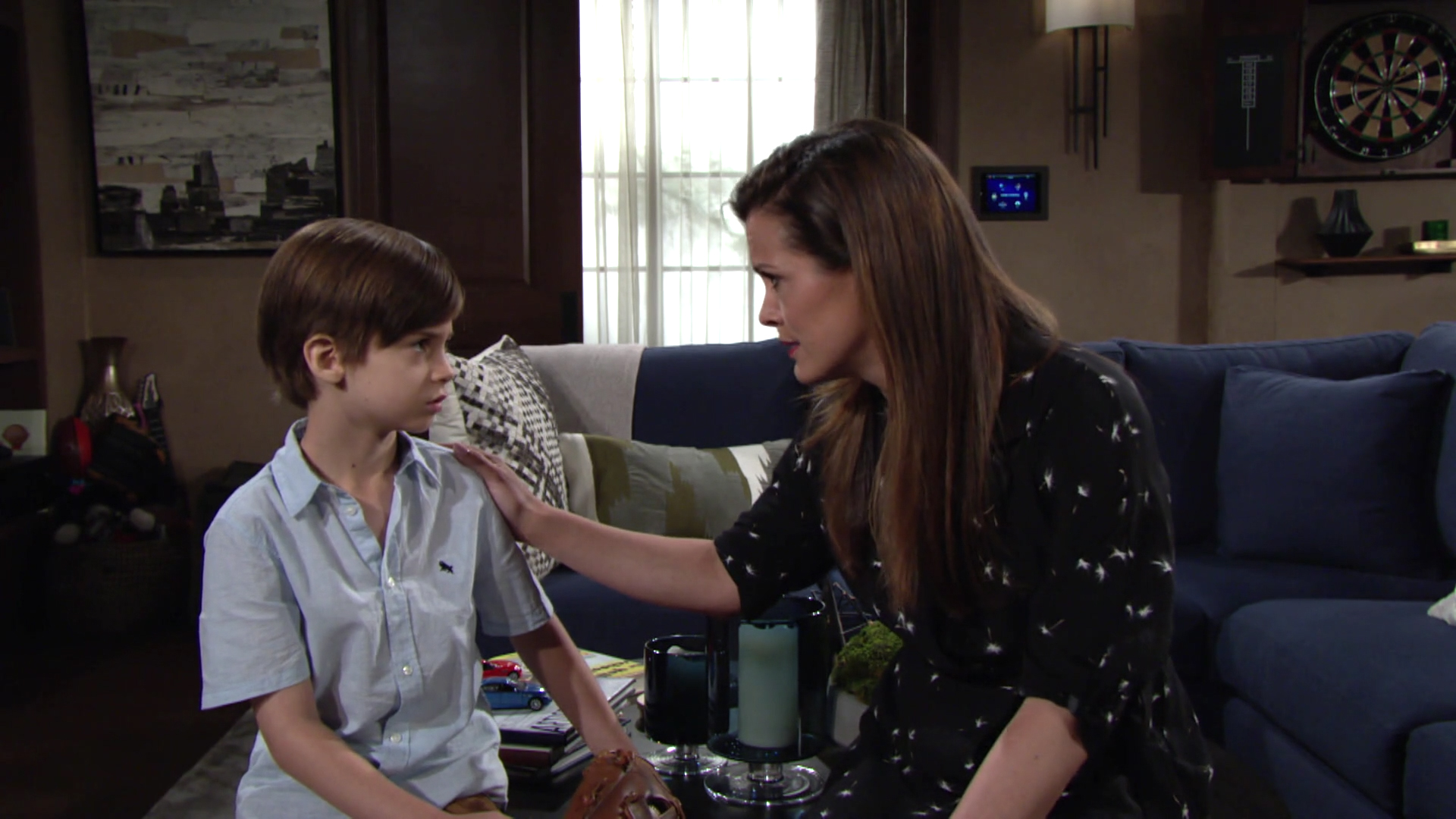 The Young and the Restless spoilers for Friday, November 8, tease that Elena Dawson (Brytni Sarpy) will welcome Devon Hamilton (Bryton James) home. They’ll have a nice reunion and make love, and then afterwards they’ll discuss her concerns about Jett Slade’s (Gilbert Glenn Brown) condition. Devon will then share what he learned about Tucker McCall (Stephen Nichols) on his trip.

Next on Y&R, Nate Hastings (Sean Dominic) will hear Cane Ashby (Daniel Goddard) on the phone talking about his big windfall. Nate will think that Cane isn’t wasting any time and will ask him to be more sensitive to Devon, since Devon has had so many losses. They’ll discuss and ultimately agree that Tucker is to blame.

Cane will then explain to Nate about how he and Katherine were close, and how he came to Genoa City and how Katherine and Jill Abbott (Jess Walton) forgave him. He’ll say that he wants to make Katherine proud and do good things with the money that she left him. He’ll ask Nate to tell Devon that he won’t disappoint him.

Young And The Restless Spoilers: Theo Vanderway Talks With His Father

Next on Y&R, Adam Newman (Mark Grossman) will introduce himself to Theo Vanderway (Tyler Johnson) at Crimson Lights and say that he knows that he’s Dina Mergeron’s (Marla Adams) grandson. Theo will wonder why he’s interested, and Adam will say that his tie to the Abbott family makes him interesting. Adam will say that Jack Abbott (Peter Bergman) is a friend of his, and he’ll warn Theo not to take advantage of Jack.

Later, Theo will pull out his father’s pocket watch and ask his father’s spirit if he can believe this. Eric Vanderway (Jon Briddell) will then appear to Theo. He’ll tease Theo about his hair and remark that the Vanderways were his family. Theo will say that it hasn’t been easy being alone and will ask for his dad’s advice. Theo will wonder if he should embrace his new family or back off.

Next on Y&R, at The Grand Phoenix, Amanda Sinclair (Mishael Morgan) will be on the phone with someone and tell them that she’s glad to have a tracker on her computer so she’ll always know where “he” is.

Across the lobby, Simon Black (Jeffrey Vincent Parise) will sneak up on Chelsea Lawson (Melissa Claire Egan) and call her out on trying to pass off fake federal agents to scare him. He’ll say that he won’t leave without his money. Simon will mention Connor Newman (Judah Mackey) and say that he’s serious. Chelsea will say that if he mentions Connor again, that he’ll see what she’s capable of.

Simon will say that he doesn’t want to bring Connor into this, but if he is pushed too far, then he’ll do the unthinkable and this is her final warning. Chelsea will then call Adam to arrange a meeting with him.

Young And The Restless Spoilers: Chance Chancellor Returns With A Bang

Down in the lobby, Nate will see Amanda, who will be shocked to see someone across the room. She’ll tell Nate that she just mistook the person for someone else. Nate will tell Amanda that his medical board inquiry hearing is next week, and Amanda will be confident that he will be exonerated.

Back in Amanda’s room, Cane will get off the phone, when suddenly Chance kicks open the door and punches him.

Next on Y&R, at Adam’s penthouse, Chelsea will suggest that Adam take Connor away for a few days, and Adam will get suspicious. He’ll wonder what’s really going on. Chelsea will say that she’s just trying to take herself out of the equation and that perhaps they should go to the farm where Adam grew up.

Adam will want Chelsea to go with them, but she’ll say that they don’t need her around. Adam will get worried and sense that there’s something she’s not telling him. Chelsea will cover and say that her plate is too full, and she’ll want him to stop interrogating her. Adam will decide to take Connor to the farm this evening, and Chelsea will be relieved.