Coronation Street Spoilers: Gemma And Chesney To Profit From Their Babies? 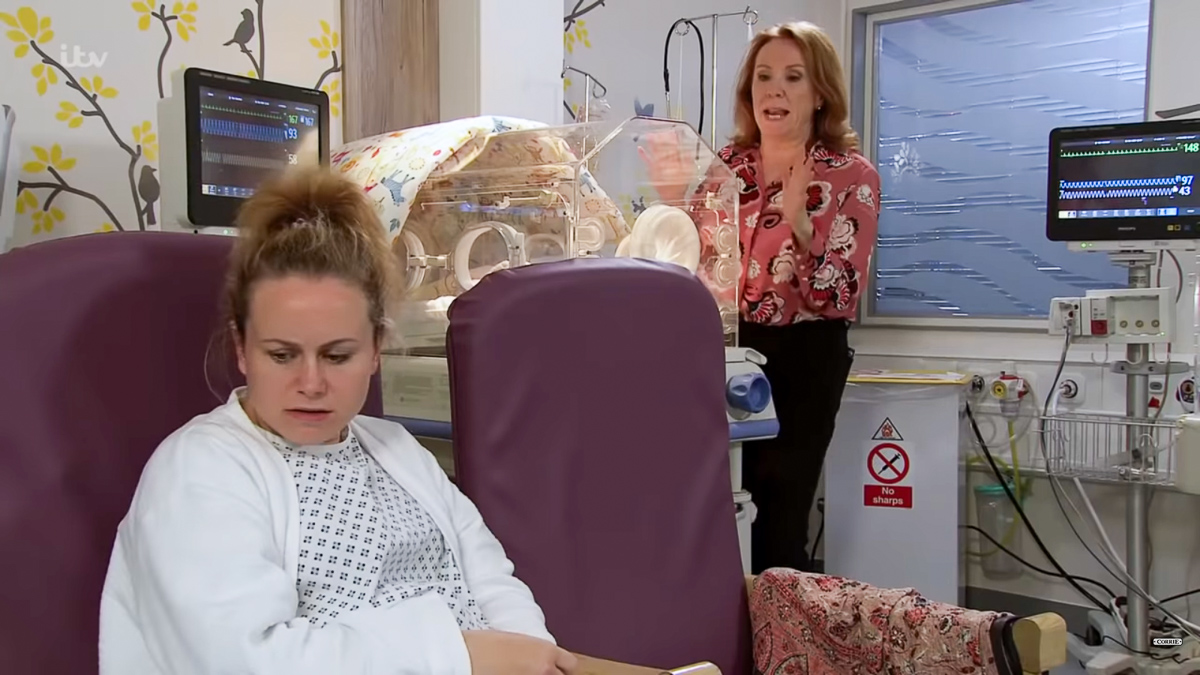 Coronation Street spoilers tease that after spending the last nine months worried about how they are going to make ends meet now that they will soon be a family of six, there’s some good news in store for Gemma Winter (Dolly Rose Campbell) and her partner, Chesney Brown (Sam Aston). Well, sort of. The new parents are going to get quite a shock when they get an offer that will be too good to be true. Here’s what you need to know.

Gemma and Chesney are trying to get used to their new life as parents but as any first time mother or father will tell you, it’s definitely not easy. They are tired the lack of sleep, exhausted from all of the work and worse, worried about how they will be able to feed their children in the coming weeks, months and years. To make matters worse, they get an unexpected bill from the hotel they just stayed at. That’s because Gemma’s wayward mother Bernie Winter stole from the hotel, leaving them a whopping bill that they must cover.

Luckily, Gemma and Chesney get an offer from Weatherfield’s local supermarket, Freshcho. They want to use the quads as the new face of the grocery outlet. They are hesitant about putting their children’s faces out there in the public domain but at the same time they need to think of a way to keep the lights on in their flat. Money is running short!

Coronation Street spoilers tease that Gemma and Chesney will meet with the supermarket’s PR gal. They feel relieved that the supermarket is giving them another chance to make their family locally famous, even though they still have their reservations about it.

With that said, Gemma and Chesney are going to have to think of another way to make money without continually using their children’s fame in order to do so. Plus, they also have to keep a good eye on Bernie, who will be looking to start cashing in on her grandchildren as well – by starting an Instagram account without telling Gemma and Chesney first! Needless to say, Coronation Street fans will have to tune in on the ITV network to find out how this will all play out!