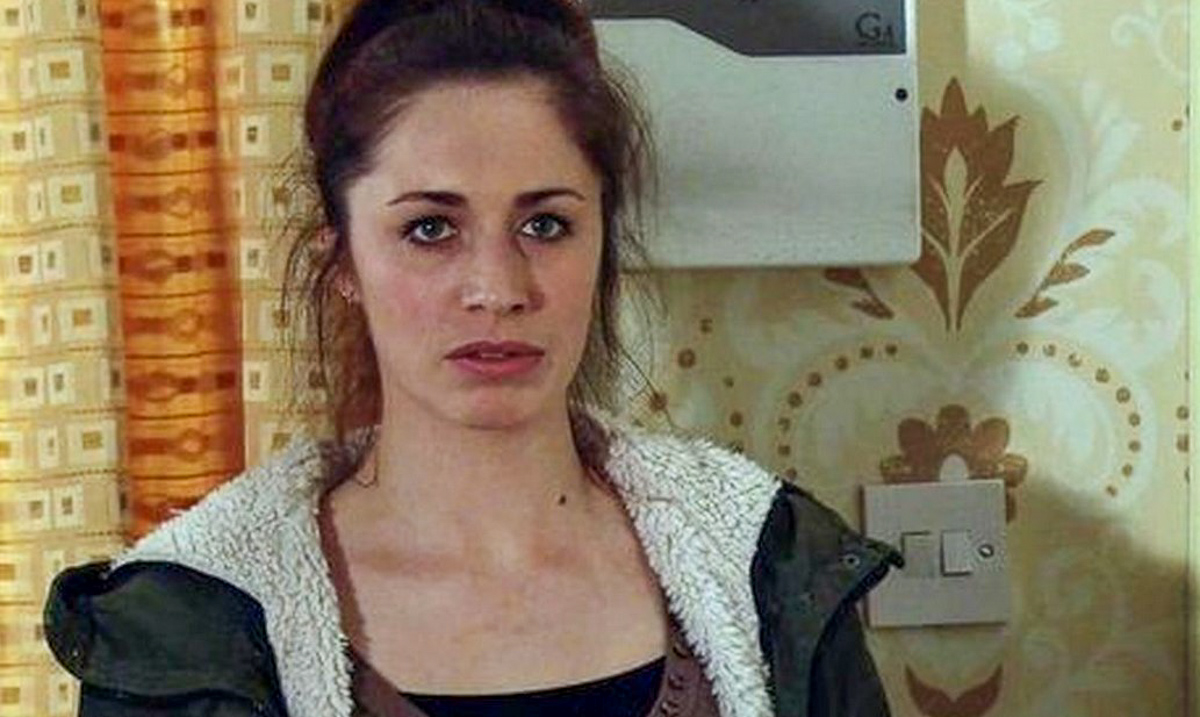 Coronation Street spoilers tease that fans can’t help but wonder if another Weatherfield resident might be pregnant with a special bun in the oven. As a matter of fact, there’s a lot of speculation as to whether or not Shona Ramsey (Julia Goulding) is secretly expecting a child. Here’s what you need to know.

Viewers couldn’t help but notice that Shona continually looks like she is trying to hide her growing baby bump. And while there certainly is a lot that is going on in Shona’s life we can confirm that no, there won’t be an upcoming Shona Ramsey pregnancy storyline in the coming future. Instead, it’s the character’s portrayer, Julia Goulding, who is actually pregnant in real life!

Julia has been with the highly-rated ITV soap since 2016 and announced earlier this year that she is pregnant and expecting her first child with her husband, Ben. The couple got engaged after three years of dating but decided to keep the news private for almost a year. That’s because they had to plan their wedding according to Julia’s Coronation Street filming schedule.

After they finally got to tie the knot back in February, Julia and Ben announced their pregnancy on social media. Julia shared a photo for her fans at the time and captioned it with, “Ben and I are delighted to announce that we are expecting our first baby at the end of this year! We are absolutely overjoyed and can’t wait to meet our little one!”

Since then Julia Goulding hasn’t been shy at all about sharing her baby bump and pregnancy progress on social media with her fans. What’s more, the actress will be taking a little break from Coronation Street during her maternity leave.

Now, as far as what is in store for Shona on the small screen, Julia’s co-star Jack P Shepard did hint that his character David might get together again with Shona in the near future. At least, that’s what he is hoping for. But seeing how Julia will be off camera for some time, we have a feeling that their relationship won’t go as planned. Coronation Street fans will simply have to tune in for all of the drama!

Fans will simply have to tune in to Coronation Street on the ITV network to find out what will happen next!