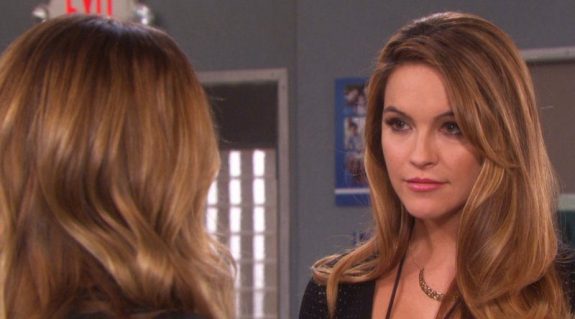 Days of Our Lives spoilers reveal there will be an unexpected death. It has already been confirmed that Jordan Ridgeway (Chrishell Hartley) dies, so there must be someone else who will pass away. One theory is that the shocking death is Adrienne Kiriakis (Judi Evans). Who could be responsible for taking away her life? Is it due to the arrival of a new character?

Days Of Our Lives Spoilers: There Has Been An Unexpected Death

DOOL spoilers tease that there will be an unexpected death in Salem. It has been hinted for weeks. Many people assumed it was Jordan since her death has been confirmed. However, if we already know she passes away, then that doesn’t really make it unexpected, does it? So, who else could it be?

There are a few tragedies happening around the fictional town. JJ Deveraux (Casey Moss) was hit over the head. Although he did get knocked out, he survived the attack. Then, there was Princess Gina (Kristian Alfonso) pushing Jennifer Horton (Melissa Reeves) over a balcony. She will be comatose, but we know that she wakes up after the time jump.

Days of Our Lives spoilers suggest that there might be one more character who could be the victim of a tragedy. One fan on a message board suggested it might be Adrienne. Could she really be the one to go, especially since she just got married to the man she loves, Justin Kiriakis (Wally Kurth)?

Some viewers believe that no one in Salem is responsible for Adrienne’s death. However, new characters are always suspicious. Could Rafe Hernandez’s (Galen Gering) new nanny, Evan, be responsible? Perhaps he did something to cause her death. However, one fan predicts that it was an accident and Will Horton (Chandler Massey) will uncover the truth.

Who do you think is the unexpected death? Do you believe the shocking Salemite death is someone besides Jordan Ridgeway? Could it be possible that we will be saying goodbye to Adrienne Kiriakis? Fans will have to keep watching the NBC soap opera to find out how this storyline ends.